Welcome to the Atlas Obscura Community discussion of Newspaper Rock in Monticello, Utah. Ask questions or share travel tips, experiences, pictures, or general comments with the community. For the story behind this place, check out the Atlas Obscura entry: 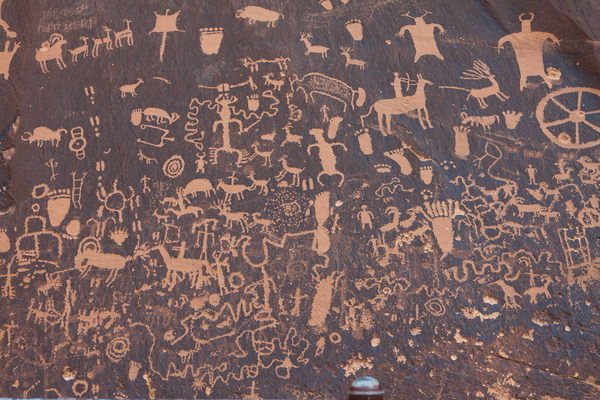 One of the world’s largest collections of petroglyphs records 2,000 years of human activity.

"More recent carvings, beginning around 650 years ago, show men on horseback, some armed with bows and arrows. "

Really? Maybe not. " The horse was already in the Americas, but became extinct between 8,000 and 12,000 years ago. When the Spanish arrived on the American mainland in the 16th century, they brought horses with them and re-established the animals on the continent."