Obscure Sports from Around the World?

Sipà is a game played with the foot - kicking a ball made from a variety of many different possible materials: a ball made with rubber bands, a bean bag, a rattan ball, a ball with feathers or a washer with a plastic pompom. It takes a lot of coordination and a good sense of balance. It is also related to Sepak Takraw.

Hockey wasn’t awkward enough, so some (Canadian?) genius invented Broomball. It’s essentially hockey. But instead of a puck, it’s a ball. And instead of a hockey stick, you use a broom. And instead of wearing skates, you run around on ice in street shoes. I used to know people who played it wearing clown outfits, but can’t find a picture. So instead, here’s a team of firefighters playing against a team of roller derbyers. 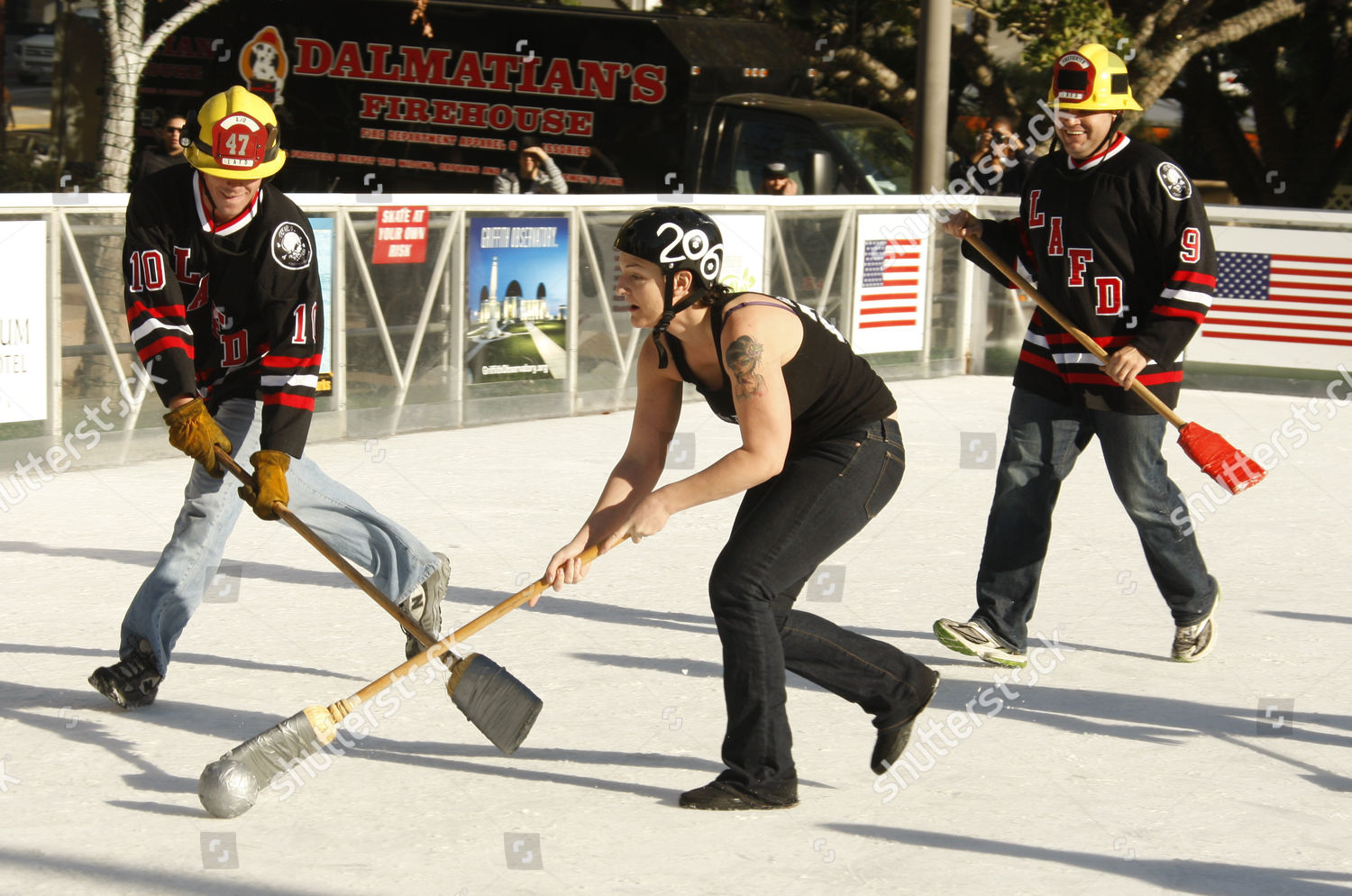 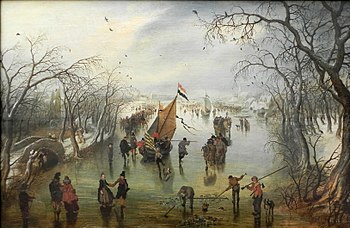 Ice yachting is the sport of sailing and racing iceboats, also called ice yachts. Ice yachting is practiced in Austria, Germany, Great Britain, Poland, Norway and Sweden, to some extent, and is very popular in the Netherlands and on the Gulf of Finland, but its highest development is in the United States and Canada. The Dutch ice yacht is a flat-bottomed boat resting crosswise upon a planking about three feet wide and sixteen long, to which are affixed four steel runners, one each at bow, ste...

A friend from Limburg told me about the sport of ‘Gaffelhangen’, which is a very local rural sport that is only done in a small part of the province. It is basically a competition to see whi can hang on a pitchfork for the longest. They call the competition a European championship, even if its just locals. 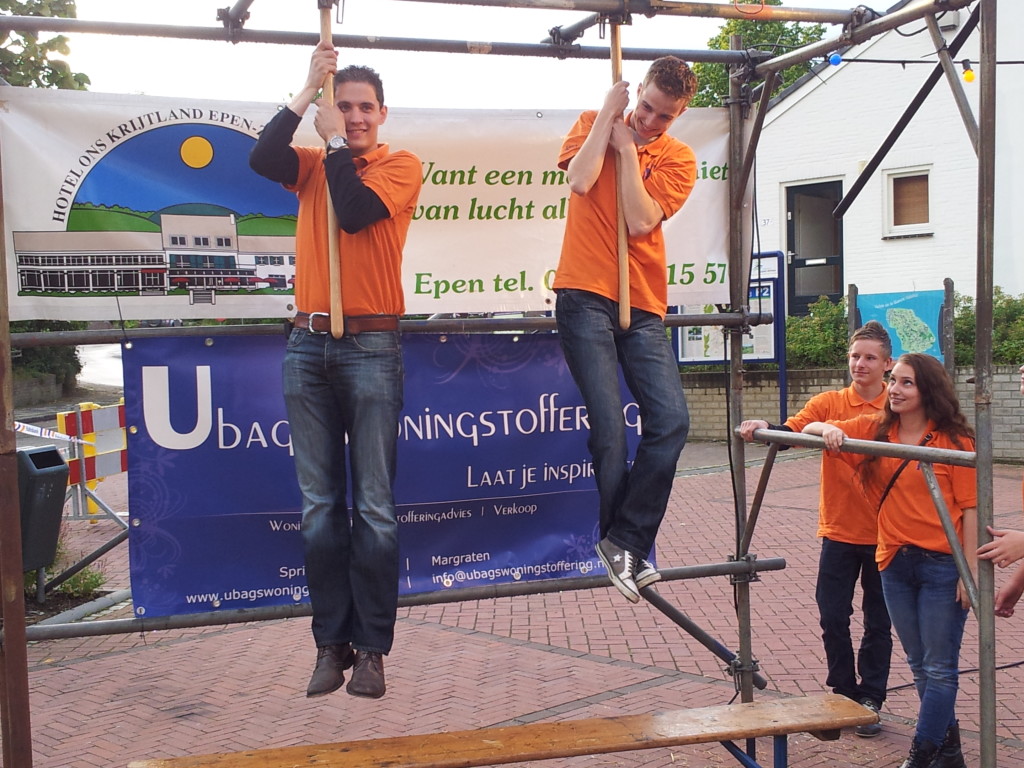 I love this one. Would try.

CRUD—invented in Canada, played in Air Force Messes around the world. All you need is an old pool table, two teams and lots of beer. !

The game is played on an old pool or snooker table (usually the latter, when available) using the cue ball (the shooter ball), and one object ball (most commonly a striped ball since it is easiest to determine if it is in motion). Playing Crud on a new or good condition table may get you banned from the Mess. Pool cues are not used; the shooter ball is launched across the table surface with the hand. A game of crud involves moving around the table and other players, trying to grab the shooter ball and either strike the object ball before it stops moving or sink it.Winter_sports_kicks_off_spring_at_Fairchild_150320-F-LV269-216|690x459

How about Underwater Rugby. I played for several years. 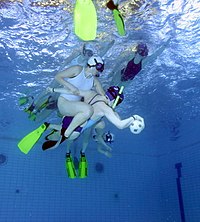 Underwater rugby (UWR) is an underwater team sport. During a match two teams try to score a negatively buoyant ball (filled with saltwater) into the opponents’ goal at the bottom of a swimming pool. It originated from within the physical fitness training regime existing in German diving clubs during the early 1960s and has little in common with rugby football except for the name. It was recognised by the Confédération Mondiale des Activités Subaquatiques (CMAS) in 1978 and was first played as a...

Years ago, I was working for a month in a very, very small rural town in Oklahoma. I was asking one of the locals what they do for fun.
“Well, it’s kinda childish,” he said. “But we play CB Tag.”
It’s essentially playing Tag. Except one person is It, they drive to a hiding spot, then send clues over their CB radio. When they get found, everyone drives back to home base as quickly as possible. The last person to get there is It for the next round.

This looks downright brutal. Has to be a hell of a workout.

While semi-lost in the Guanacaste Mountains somewhere between Montenegro and Herradura, Costa Rica, the bus my friends and I were on made an unscheduled stop at a plaza the size of half a football field, where five or six small houses faced each other in a semi-circle. There was a fiesta and, since everyone got off the bus and it looked like we were staying for a while, we were automatically invited. (The bus had also stopped in the town at the foot of the mountain we were now on to watch a soccer match.) The enclave hung off the side of the mountain above the clouds.

Soon after we arrived some of the guests mounted horses. A ladder was brought to the middle of the plaza. On what I assumed had been a communal clothesline that stretched the width of the plaza, people climbed the ladder and hung small steel rings hung from ribbons. I can’t remember exactly the process, but I believe there were three rings hung for each rider with smaller and smaller circumferences, the largest being no more than a half an inch or so.

Each rider had a small, carved lance that they would hold palm up and charge at the ring. I remember being astounded at the skill and accuracy required to snatch a ring, like the Tico version of catching a housefly midair with chopsticks. I also remember, being a North American kid from a working class family, just out of high school, the whole otherworldy-ness of it all. Being there through pure chance and experiencing what to me was an absolute spectacle encapsulated everything I imagined travel could be. I had walked out of the everyday and in to one of the National Geographics I had poured over month after month for time immemorial.

It was the first time I had left my country and visited another.

Pallone col bracciale has been played in North-Western Italy since the Renaissance. The rules are basically similar to tennis but played over much longer distances, with the players using spiked wooden gauntlet/clubs to hit a heavy ball back and forth. YouTube

Have to agree that Takraw as one of the most intense, amazing games I have ever seen. I was traveling on business in Bangkok and saw a few neighborhood guys playing on a rooftop court. The agility and athleticism they displayed was unbelievable - like watching volleyball being played with only your feet. Must see!

Well, it’s obscure in the US, but very popular in Asia - dragon boating! It’s a 2000 year old Chines sport - I’ve been part of a team for around five years. It’s more popular on the west coast of the US and in Canada. Here’s a link - nice video from the Kelowna club: YouTube

Don’t forget the National Sport of Mexico - Jai Alai. When I was there only professionals were allowed to play as it is so dangerous.

The Inuit One-Foot-High-Kick requires incredible strength, control, and precision. The goal is to kick a suspended ball with one foot while in the air and then land on that same foot. It’s considered the most difficult of the Inuit games.

The burros aren’t ridden…they are carrying some equipment…but racers run next to the burro for the entire distance.

AUSTUS was a hybrid form of football taking in elements of both American football and Australian rules football, and was created during WW2 so that Australian and American servicemen in Australia could play the same sport. It was similar to Australian rules football, but as well as kicking the ball, players were allowed to throw the ball forward as in American football, although goals had to be kicked within 20 metres of the goalposts. Here is a link to the only known surviving footage of AUSTUS being played.

That’s such a cool story.