Sir, your farm is in the wrong state. 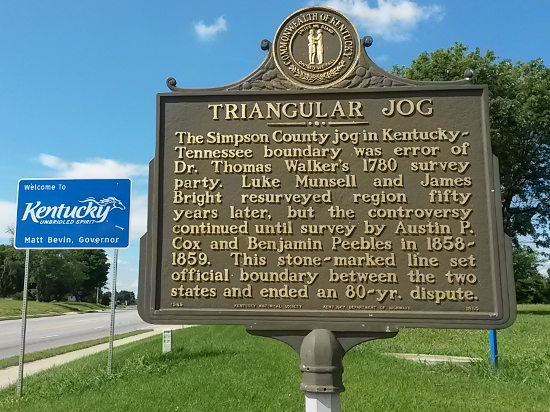 1780’s surveying technology had it’s limits when marking the long imaginary line separating Tennessee and Kentucky combine that with iron ore in the ground affecting compasses and bad weather and you get a problem that lasts most of the next century. The issue was destined to come to light as plots of land are surveyed and sold. Imagine finding out your 100 acre farm is not in the state you thought it was in and trying to resolve that with two different states.

Slightly ironic that a parcel which was technically supposed to be in Tennessee is now home to a horse racing facility with gambling that would be illegal there except for them letting it slide by in 1859.

tralfamadore, I don’t know if this will make you feel better or worse, but in Memphis, a city that is more than 60% black, there is a working project to set up memorial plaques where lynchings have occurred (see https://lynchingsitesmem.org/), and there’s a plaque off Auction St. (note the name) where the largest Memphis slave auction site once was. Particularly if you’re white (like me), the Civil Rights Museum here will bring you to tears. Against the state government’s thunder and bluster, Memphis removed the statues of Nathan Bedford Forrest (shudder) and Jefferson Davis that had been displayed prominently in its parks. We really are trying to deal with the legacy of slavery and continuing racism and bigotry.

Maybe not terribly overlooked but you are probably only going here if on a tour, Buffalo Bill’s grave. It’s at a beautiful location, great view of all of Denver. Oh and the restaurant has amazing bison burgers. 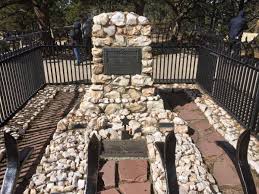 I’m perplexed by this “fountain of youth” plaque that I stumbled upon at The Bronx Zoo last summer and decided to look further into it based on this thread.
. 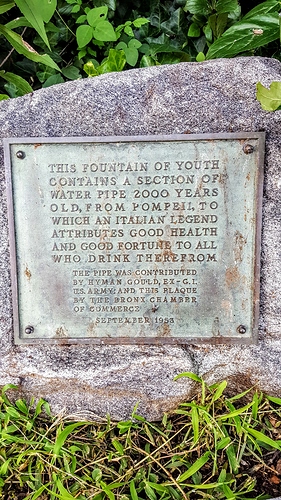 From what I can tell from this garbled newspaper transcription, it was a failed scam by the pipe owner/monument maker to turn The Bronx into a pilgrimage site.

In fact, it’s been so overlooked that there doesn’t seem to be much other documentation of the plaque, despite its place inside one of The Bronx’s most famous attractions!

I think that’s great. I would much rather see the victims of such tragedies be so directly honored than to deny that it ever happened. I’ve heard great things about the Civil Rights Museum. I hope to see it one day. And I think other places should follow suit and lose the Confederate statues already. Good job, Memphis! 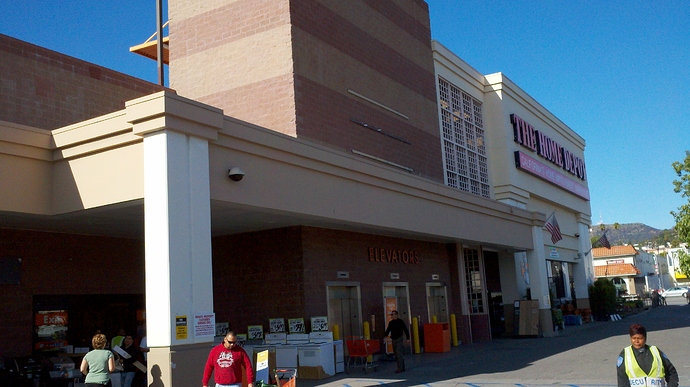 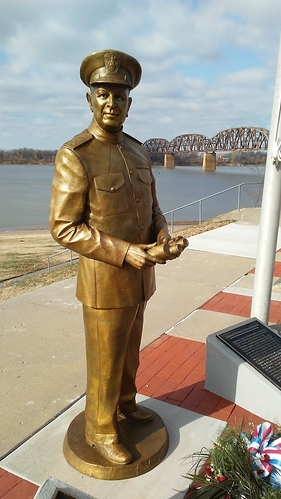 kimmel statue 2.jpg662×1176 160 KB
In the city of Henderson, Kentucky, there’s a life size statue of Admiral Kimmel. Among Kimmel’s long line of military history, he was promoted to become the Commander-in-Chief of the United States Navy Pacific Fleet in 1941.

He was in command at Pearl Harbor when the Japanese launched the surprise attack which brought the U.S. into WWII. Seeking to place blame, Admiral Kimmel and his U.S. Army counterpart, General Walter Short, were labeled as scapegoats for politicians and superior officer in Washington that had withheld critical information about Japanese intentions from them. Kimmel retired as Rear Admiral in 1942 (and was demoted from 4 stars to 2 stars).

Though Kimmel was exonerated in 1999 by the United States Senate from being responsible for the Pearl Harbor tragedy, his 4 star rank has never been reinstated. The family of Kimmel continues to attempt to have Kimmel’s 4 star status reinstated, but it has never been granted. This statue here in Henderson, Kentucky, shows Kimmel with his 4 stars displayed on his military uniform.

Fun fact: Kimmel was the valedictorian of his high school class at age 16. And he and friends once capsized a sailboat on the Ohio River and had to be fished out from the Henderson banks., and went on to be a naval admiral. 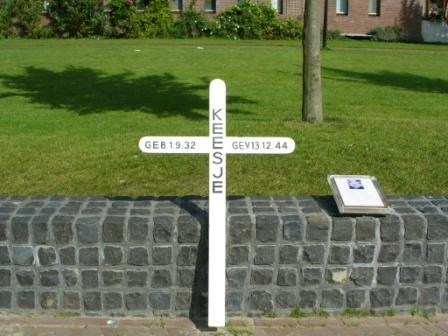 Amsterdam has a total of 188 monuments, memorials and plaques to commemorate the victims of the Second World War. On of the least known and most moving is the ‘Keesje’ monument in the now redeveloped eastern docklands. In the last and bitterly cold winter of the Second World War, now known as the Hunger Winter, Amsterdam was suffering from an extreme shortage of food an fuel. Keesje Brijde went from his home in east Amsterdam in search of glowing pieces of coal for his mother in the nearby railroad yards. However this area, called had been declared ‘Sperrgebiet’ by the occupying forces. On 13 December 1944 the 12-year-old boy was shot probably by a Dutch collaborator. A day later he died of his wounds. After the liberation in op May 5,1945 residents placed a wooden cross on the spot where Keesje fell. Railroad workers took over the care of the monument. After the departure of the railroad from the Eastern Docklands the task was taken over by pupils from nearby school “de 8 Mussen”. After the area was redeveloped the moment was placed in a small park named after the young war victim: Keesje Brijde Plantsoen. Pupils form the school still lay flowers at the Keesje monument each year on Remembrance Day, May 4.

On the 11000 Block of Imperial Hwy in Norwalk CA, sits this plaque marking the Stage Coach Route between Los Angeles and San Diego. I could not find any other information through the City of Norwalk on the internet regarding the plaque 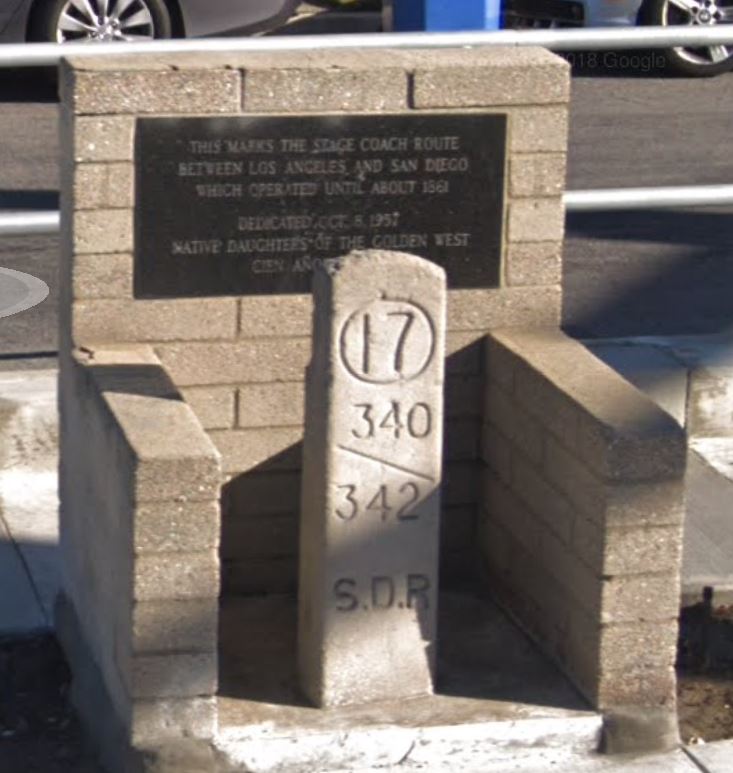 Interestingly, a short time after seeing the plaque, I had visited the Natural History Museum of Los Angeles and was surprised to see a display cabinet with the same type plaque, which only had the vague description of “Concrete address milestone”. I have a feeling the museum description of the plaque misses the mark on the history and purpose of the plaque… 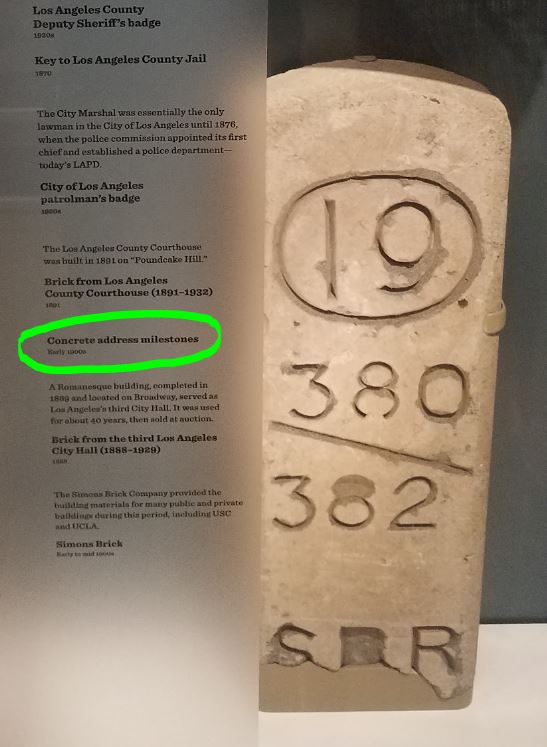 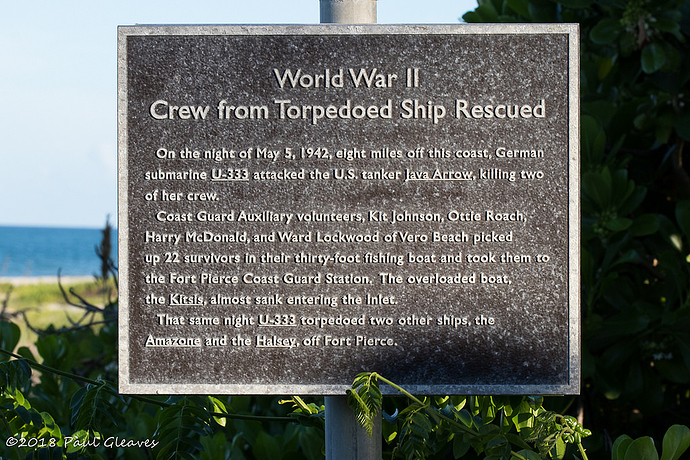 sub.jpg1024×683 344 KB
Just off the coast of our sleepy little Vero Beach, Florida a German sub attack in 1942? The daring rescue of its survivors by volunteers in a fishing boat? It seems impossible that our little, Florida town was so close to the action in WWII.
8 Likes
joemcduffy February 27, 2019, 5:02pm #18

President Rutherford B. Hayes presidential Birth-site. Now a BP Gas station in Delaware Ohio, once featured on the Daily Show with Jon Stewart. 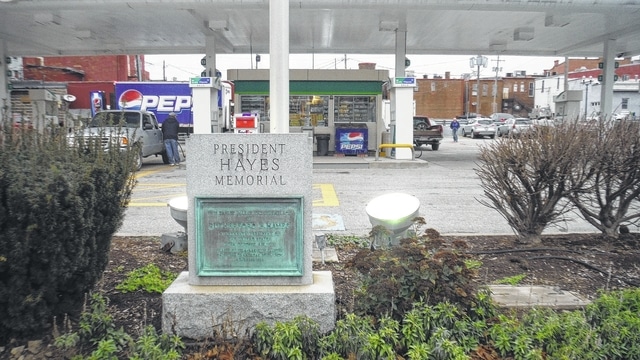 This is a very odd statue and plaque in Columbia, TN. It looks like a mini-Washington Monument and it is in a small park that no one goes to. Pop Geers Memorial Park

There’s a road sign in the middle of North Carolina that commemorates a nuke. In the 50s the Air Force accidentally dropped 2 nukes at this location and lost one. I just find it funny that 2 nuclear bombs were lost and all we get is a simple road sign.

Where to begin? ! ? Because Edinburgh is as old as dust, let’s begin with one of each category on the Royal Mile/ High Street which is built on the remnants of a volcanic lava flow! There are the brass plaques in the shape of the letter “H” which indicate the last public execution in 1954 on the cobblestones directly across from the statue of David Hume.! ! 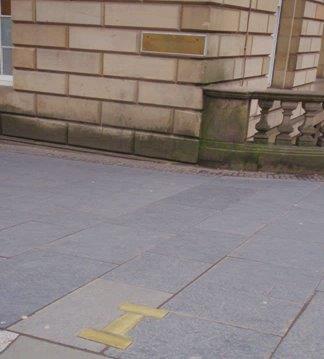 John Knox’s burial site, which is now a parking lot( space No. 23!). He was the leader of the country’s Reformation & founder of the Presbyterian Church of Scotland. Located on the Southside of St. Giles Cathedral, a place where he once gave his fiery sermons. 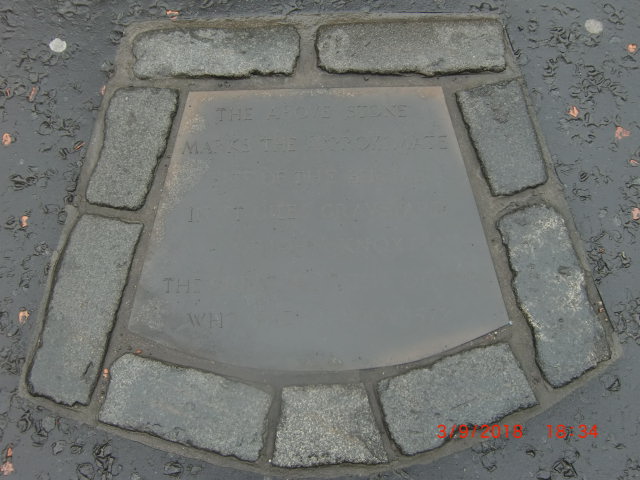 & finally a plaque dedicated to the former location of Edinburgh Wax Museum & Count Dracula Theatre, located at the entrance to New Assembly Close. 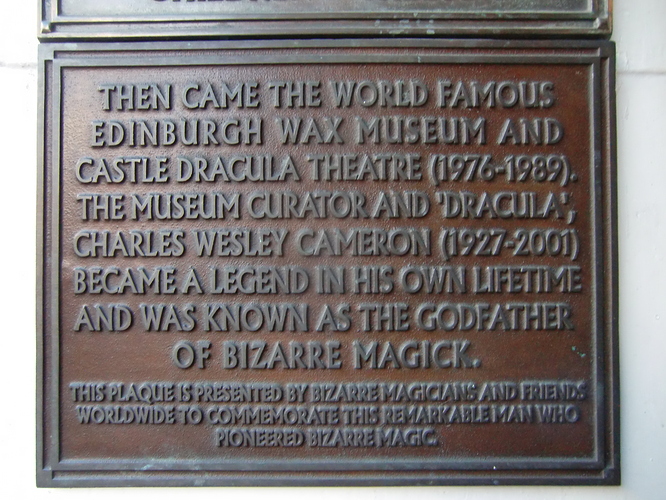 On a small patch of grass adjacent to the Los Angeles Maritime Museum, in the heart of the bustling Port of Los Angeles (the Nation’s busiest shipping port), rests what looks like a tombstone. But, in fact, it is a plaque honoring a hometown (San Pedro, CA) girl, who became the first mother in space aboard the Space Shuttle Challenger…another type of ship. 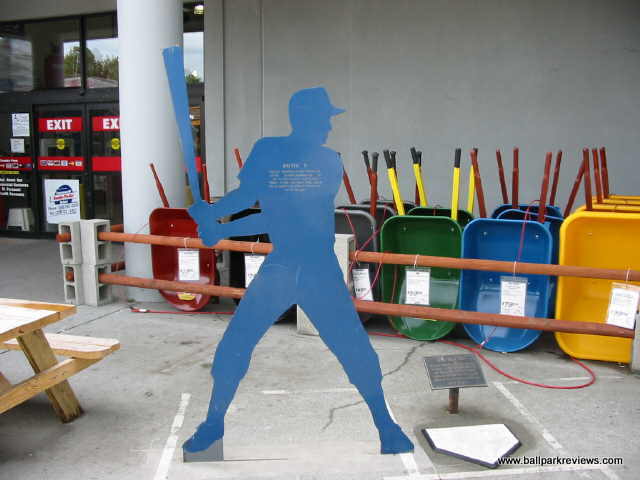 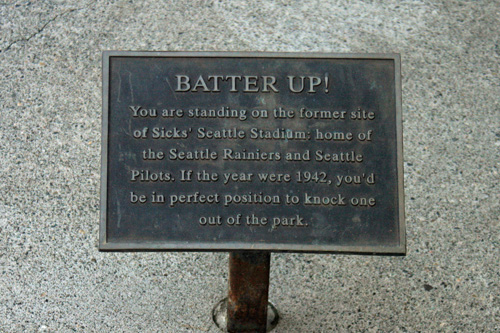