Welcome to the Atlas Obscura Community discussion of Panteón de Hombres Ilustres (Pantheon of Illustrious Men) in Madrid, Spain. Ask questions or share travel tips, experiences, pictures, or general comments with the community. For the story behind this place, check out the Atlas Obscura entry: 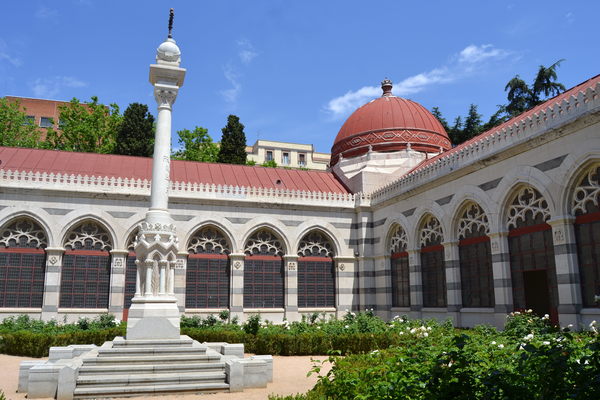 The unfinished final resting place of some of Spain's most prominent politicians.

I have been there in 2000. A very bored soldier at the entrance gave me the free ticket and I spent some time inside. The statuary is grandiose and startling in the truly Spanish spirit.

I’m having issues with the name and I’m not new on the band wagon so that’s not it. There were a lot of illustrious females in Spain’s history as well, women whose names would at least ring a bell the world around. It looks like a beautiful tribute and might have been finished if the men had not been trying so hard to get in it and the women, pulling their country forward to stay out of it.

It would be a great project if had been completed. Built in Neo-Byzantine it was the beginning of a ambitious complex adjacent to the historical Royal Basilica of Our Lady of Atocha. The works began in 1892, but the high costs of the project, together with the need to carry out in parallel another great work, which was the Crypt of the Cathedral of Our Lady of the Almudena, caused that in 1899 the works were completed, having been built until then only the cloister-pantheon and the bell tower inspired by the Venetian campanile (The church also was burnt by communists during the Spanish Civil War and the new one built by Franco has not architectural value). Today only a small part of that project can be seen. 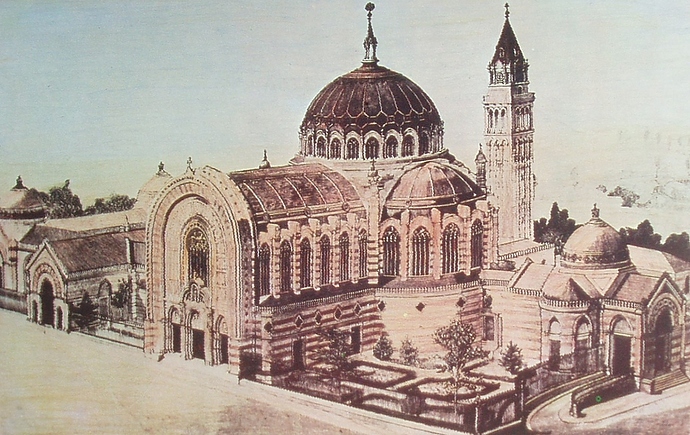 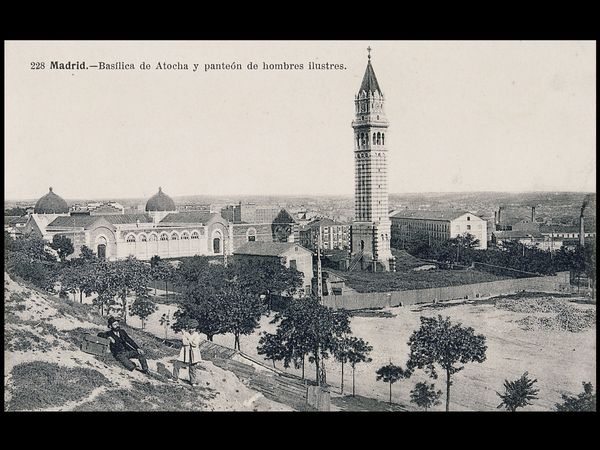