Welcome to the Atlas Obscura Community discussion of Peoria Holocaust Memorial in Peoria, Illinois. Ask questions or share travel tips, experiences, pictures, or general comments with the community. For the story behind this place, check out the Atlas Obscura entry: 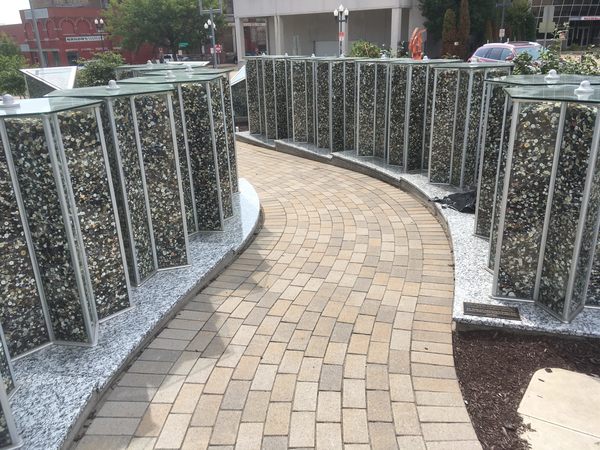 A collection of 11 million buttons illustrates the human toll of the Holocaust.

I had noticed that the location of this memorial had moved. It was formerly located in the middle of The Shoppes at Grand Prairie on the west side of the city, which is where I had first seen it around a decade ago. Mention this in the article?

When I had seen this memorial a decade ago, I learned that the six-pointed-star cases were arranged the way they were (in two lines on both sides of the monument’s central path) to symbolize how the Jews were lined up to be executed in the concentration camps; apparently a reference to the lines of people forced into the gas chambers. This wasn’t mentioned in the article, but it does hold significance.

Thank you for the note. I’ve double-checked the current address and updated it on the page. TY!