Welcome to the Atlas Obscura Community discussion of Real Wasabi. Ask questions or share tips, experiences, pictures, or general comments with the community. For the story behind this food, check out the Atlas Obscura entry: 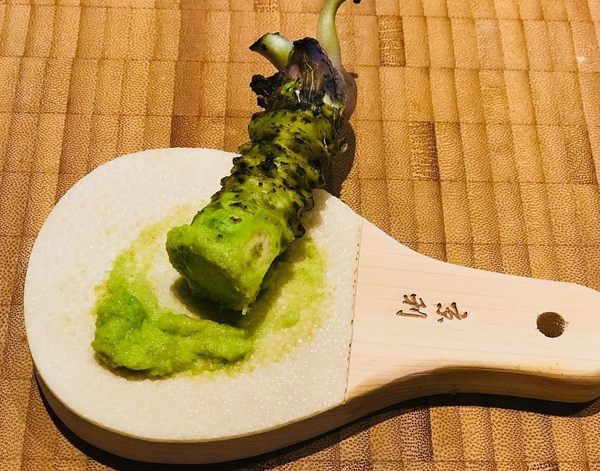 It's usually a mix of ground horseradish, Chinese mustard, and green food coloring.

For several years in the 90s, a Japanese client of mine grew real wasabi at a small scale facility located west of Forest Grove, Oregon, but the operation ended with the retirement of the local Japanese-American farmer who was sulerintending the farm. However, real wasabi can still be obtained from the nation’s largest wasabi farm, located on the North Oregon Coast between Tillamook and Lincoln City. Their website is www.thewasabistore.com. As noted, real fresh wasabi may be expensive, but you will never again settle for the imitation stuff once you have had the real thing!!

I wanted to grow wasabi in a stream on the property where I lived in western West Virginia. The climate was mild enough for it to survive, and the stream ran over some rocks in a tiny waterfall, which I thought would be perfect.
Sadly, the rest of West Virginia wasn’t that perfect, and I moved away.