Welcome to the Atlas Obscura Community discussion of Reggie The Alligator in Los Angeles, California. Ask questions or share travel tips, experiences, pictures, or general comments with the community. For the story behind this place, check out the Atlas Obscura entry: 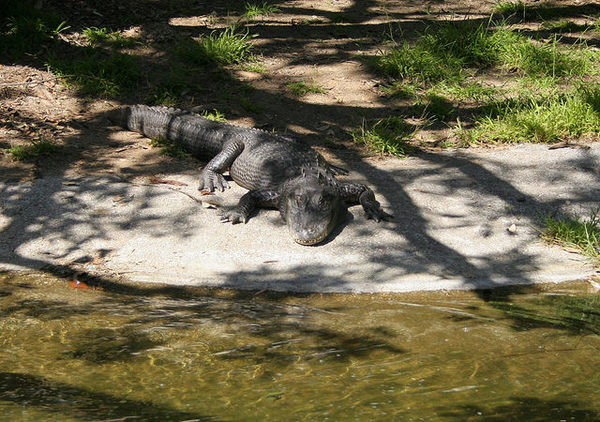 Reggie the Alligator disappeared in Machado Lake between 2005 and 2007, and when he re-appeared, he had gained more than five years of growth, while living in a lake that could not support life. In other words, the original alligator had died, and someone had abandoned another one in the lake. Those of us who worked at the L.A. Zoo at the time called him Reggie II. The news media did not know this was a second alligator, and we saw no reason to inform them.