Welcome to the Atlas Obscura Community discussion of Republic of Zaqistan in Wendover, Utah. Ask questions or share travel tips, experiences, pictures, or general comments with the community. For the story behind this place, check out the Atlas Obscura entry: 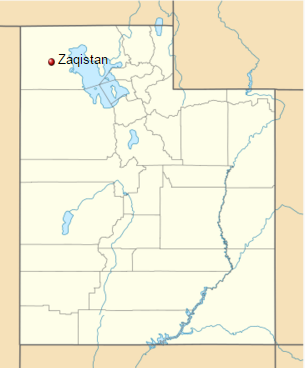 A proto micro-nation sometimes populated by artists, surrounded on all sides by a Utah most barren.

05/22/20 - I am going to post a report that is proportional to the effort that it takes to get to this site. For a fuller picture, visit the Atlas Obscura entry for the Kcymaerxthare: Eddgar & Benn site, as there is some crossover. Simply put: a visit to Zaqistan is a visit to Eddgar & Benn if you know what you are doing.

All that said: I sincerely enjoyed visiting this site and am so very grateful that Atlas Obscura has posted it. I only post the above as a caution and prevention of disastrous consequences.