Welcome to the Atlas Obscura Community discussion of Rodadero Slides in Cusco, Peru. Ask questions or share travel tips, experiences, pictures, or general comments with the community. For the story behind this place, check out the Atlas Obscura entry: 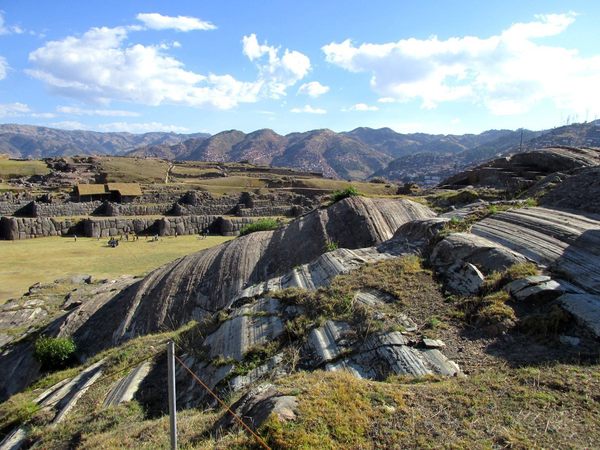 Did Inca children also slide down these smooth rocky slopes above Cusco?

The “Inca slide” is not glacial formation, volcanic flow, nor were they formed by a fault line. They are the outgrowth of living rock. In the same way that dough rises in a warm oven, the shape you see in this rock formation is one of several ways that living rock expands during its most active growth phase. If you look at that same photograph but out in the distance beyond the ruins of Sacsayhuaman you see clearly that the hills in the distance are shaped the same way as the rock slide but on a much more grand scale, as those formations had reached maturity and eventually ended up covered in forest growth. But the aligned rolling shape is still distinguishable. In the case of the “Inca Slide” being a younger outgrowth than the one seen in the distance, this one corresponds to a time when the area had already been populated, an as such, human activity in the area such as what historians describe as this being used as a rock slide all the way back to the time of the Inca is the reason why this particular formation never reached maturity or a covering of plant life. If this formation had been allowed to continue it’s natural growth cycle and eventual covering by dense plant life (ie forest) you would not be able to distinguish it from other rolling hills of similar shape.
Similar type of growing formations can be found all over the world, with each regional area showing adaptations to the local area and available mineral resources. Most people miss it completely because they don’t know what they are looking for. But once you learn to recognize the formations, you see it nearly everywhere. Here is a link showing some other types of similar rock growth formations - https://youtu.be/6K3gbZ3YDKo?t=898