I’ve just had one of my entries published, about a statue in Mexico of a woman selling food on the street. The statue depicts her two baskets, one full of gorditas and the other of boiled eggs. The sculpted eggs and the handles of both baskets have been rubbed by people to the degree that the patina has been removed and these parts shine way brighter than the rest of the statue.

Regarding the eggs, I am certain that not few people have rubbed them due to the Spanish language slang of “huevos” for “testicles”. The basket handles probably just make for a good photo op. 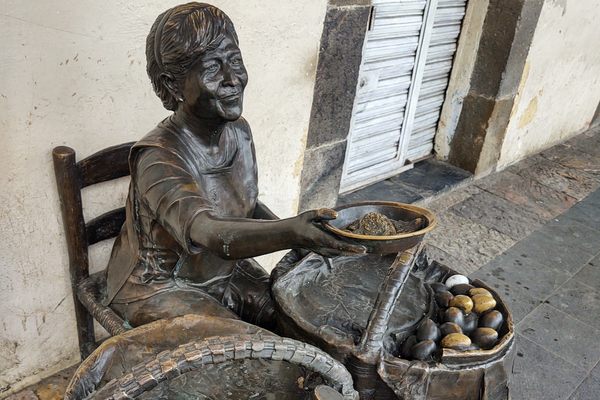 A tribute to a local delicacy and the women who prepare and sell it.

In Zacatecas’s El Edén Mine, there is a statue of a miner in full work gear. Guides say that rubbing the statue brings three different types of fortune depending on what part is chosen. His hardhat lamp will light your way in life. His prominent belly will ensure you are always well-fed. His crotch brings fortune of a more… interpersonal nature. Judging by the sheen, all 3 are popular choices. 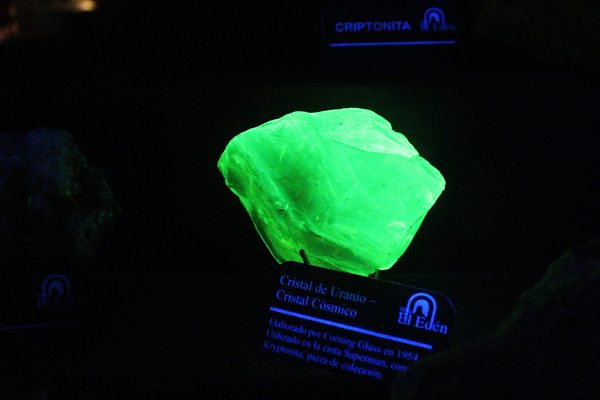 The spectacular subterranean collection includes dazzling minerals, including a piece of "kryptonite."

In Edinburgh, hardly anyone bats an eye at David Hume’s tootsie being rubbed for luck but, despite him having been the best of boys, booping Geryfriars Bobby’s snoot is not ok (I’ve been told that this is because it had been touched so much it was losing its shape and basically had to be re-cast not too long ago) 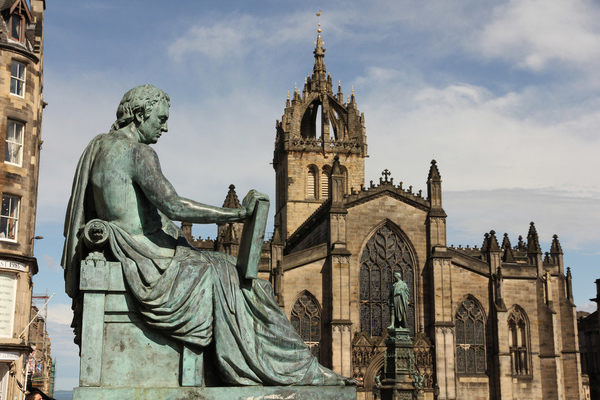 A Scottish Philosopher With a Lucky Toe 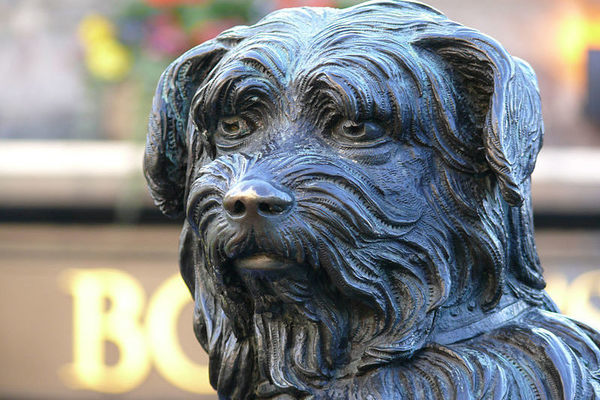 The most loyal of little dogs, or a Victorian era publicity stunt?

This is all to say that we people aren’t great at keeping our greasy little grabbers to ourselves. If Donatello’s “David” was at arm’s length for example, I have no doubt about which features would shine brightest.

So, what other cases do you know of where a sculpture is particularly shiny. Which parts and why?

Brussels, Grand Place. You also have to rub the dog and at least one of the mice hidden in the sculpture (although by now the are shiny). 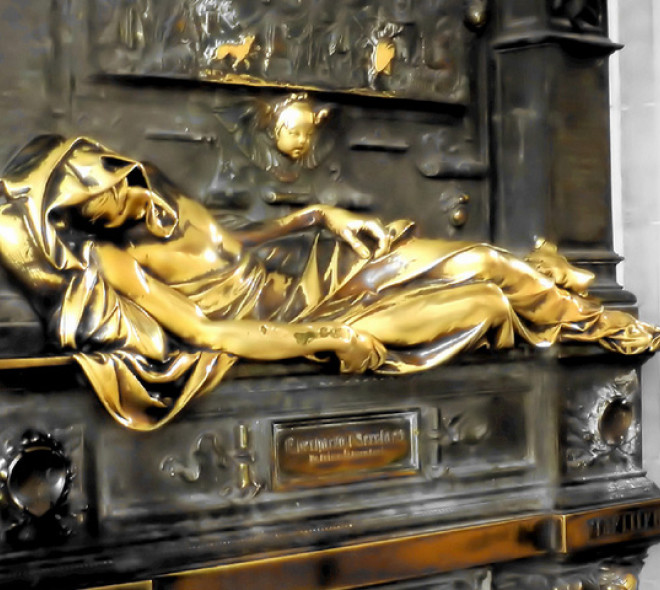 We are told to tenderly stroke our hand over him, but we never really knew why. Here is the portrait of Everard t’Serclaes, the Brussels citizen most subject to superstitions.

I’d say it definitely does. I haven’t seen the Wall Street one but I did see the one in Shanghai earlier this year. 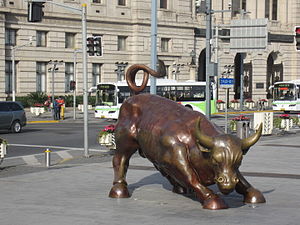 The Shanghai Bull, the Bund Financial Bull or the Bund Bull are monikers associated with a derivative of Arturo Di Modica's Charging Bull installed in late April 2010 and unveiled on The Bund in Shanghai on May 15, 2010. The 5,000-pound (2,300 kg) work of art is said to have the same height, length and weight as the New York City Charging Bull. The bull is reddish as a tribute to the country that commissioned the work. It leans to right instead of the left like Charging Bull and has a more men...


I would imagine the case is much the same in NYC as not only are the bull’s balls shiny, but so are the nostrils, horns and a certain backside indentation.
1 Like
linkogecko December 24, 2019, 5:21pm #5

Just remembered one of my favorites: 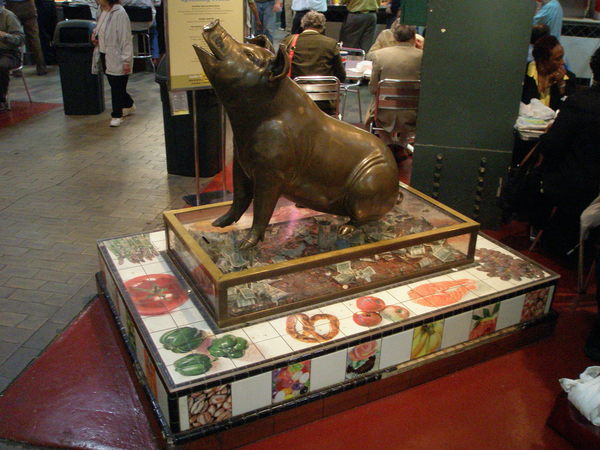 I thought I responded to you, pardon. In that case, definitely.