Welcome to the Atlas Obscura Community discussion of Sedlec Ossuary “Bone Church” in Kutna Hora, Czechia. Ask questions or share travel tips, experiences, pictures, or general comments with the community. For the story behind this place, check out the Atlas Obscura entry: 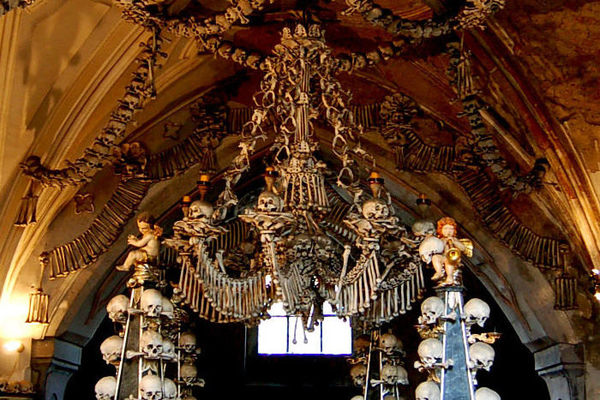 A church of bones, decorated with 40,000 human skeletons.

I visited this place in March 2018. It was a complete nightmare to get there by train, apparently the trains are notoriously “not very understandable” even by Czech people who had no idea what our train tickets meant. We finally got there though! Its a small church, with an upstairs to look at too. A little cafe in the village and a gift shop. It was well worth the visit just to see how odd it was to be that close to so many human bones. Definitely something to visit if you have a day to waste when you’re in Prague.

It’s been more than 10 years, but you can take the yellow line (if memory serves) subway to the Jewish quarter, then grab a bus. When you get off the subway just keep walking along the platform until you see the Bus sign to go up, as folks in this part of the city don’t speak much English.

It’s about an hour on the bus - no bathroom on the bus, mind you. Then a short walk. Most of the people in the town do not speak English, but the beer is good. Be careful though no bathroom on the bus going back either, and only a pay toilet at the bus stop with NO TP, and the toilet was not easy to find at the subway terminal.

My biggest tip for traveling around Prague is take a miniature pic of their subway map and keep it on you. It was my best friend. And, week long subway tickets were cheap.

Now apart from that, the trip to Sedlec Ossuary was great, and who would have thought that you could string pelvic bone to create a garland. Definitely a MUST see for yourself.

We were very lucky when we went to Kutna Hora. As we had driven to Czechia we had no trouble finding the Ossuary. It wasn’t a difficult journey and was spectacularly worth it. It isn’t a gloomy or morbid place either. The Chandelier was incredible but for me the Schwarzenberg Shield was superb 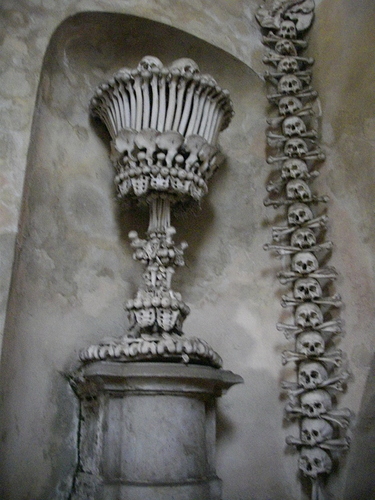 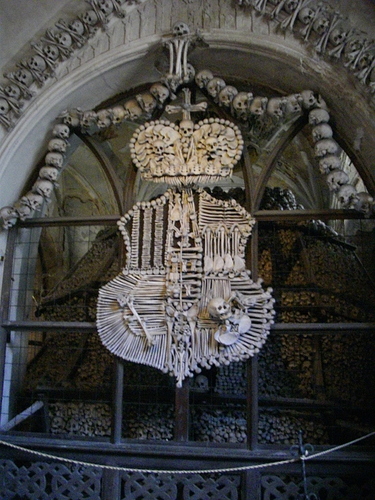 We visited on 2015. Easy trip on the train. Google maps is your friend. The chandelier was removed to be cleaned, but everything else was great! We’ll worth the trip. There’s a really nice cathedral in town too that is worth checking out.

I found the train very easy to navigate actually. I’m not sure what changed in the last couple years, but when I went from Prague to Kutna Hora in 2016 it was fairly straightforward. But like @myklbrown said, Google Maps is your friend.

☩💀☩ Hello friends and visitors to the Sedlec Ossuary! ☩💀☩

We are creating a book about the beauty, inspiration, and history of the ossuary which will also celebrate its 150th Anniversary next year in 2020, working in collaboration with the director of the Sedlec Ossuary and the Roman Catholic Parish of Kutna Hora.

If you’d be interested to learn more or back our current Kickstarter for the book project, please visit us at sedlecossuary.mechanicalwhispers.com. 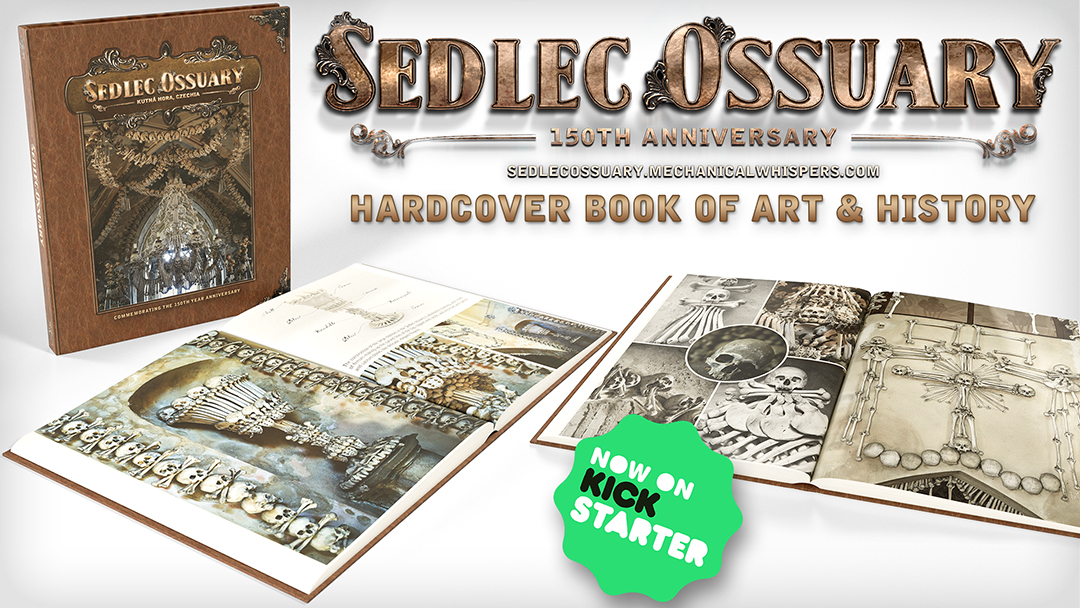