Show Us the 'Ugly' Buildings That You Love

People can get passionate about buildings that stick out. Whether it’s a spite house breaking up the burgeoning urbanity growing around it, or a brutal, modern building springing up amongst otherwise historic edifices, or a mouldering relic from another time that some say should just be torn down, architecture can inspire some bitter haters. But even the most controversial buildings deserve someone to love them, and so we want to see the unconventional buildings that you adore!

I’m from Salt Lake City, which now has a massive, multi-story, ultra modern public library. It’s pretty much delightful in every way, but when this new library opened in 2003, it left the main library’s former home nearby. Let’s be honest, the former library is a squat, boxy edifice from the 1960s, the defining feature of which is the drab concrete slabs covering every side. It’s not the most dynamic building ever built, but I very much love it. I grew up spending hours in that building, reading and exploring and getting lost in the stacks. I get a warm feeling just thinking about it. I’m sure it still has its detractors, but luckily there were others like me who loved the building enough to preserve it, and it’s now home to The Leonardo Museum!

Now we want to see the delightfully ‘ugly’ buildings you have a soft spot for. Tell us about them in the comments below, and be sure to include any great, original pictures of the building that you might have. We’ll collect some of our favorite responses in an upcoming article on Atlas Obscura. Architecture doesn’t have to win a beauty contest to be lovely. 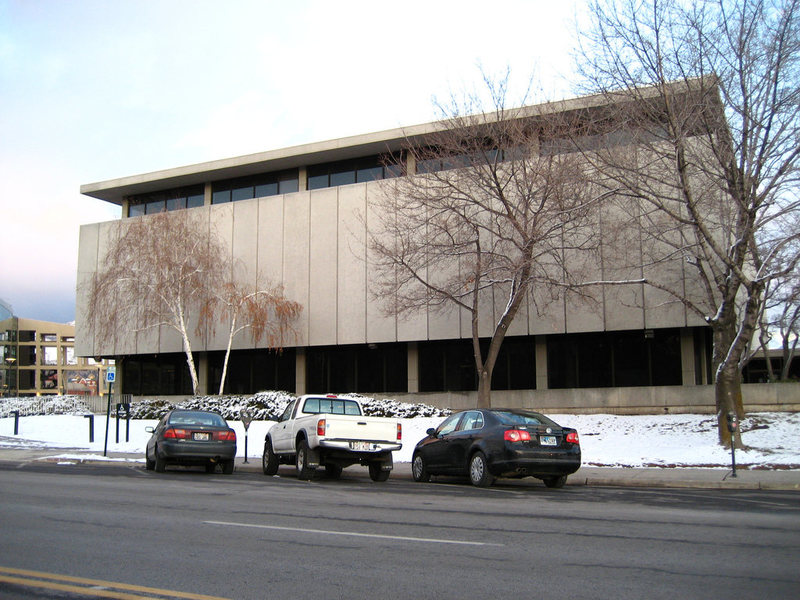 I suspect there will be a lot of brutalism in these responses, so to kick it off, I nominate the Hilton San Francisco Financial District, which was formerly the Holiday Inn Chinatown. In both incarnations, it’s a hulking concrete pile towering above the neighborhood, but there’s nonetheless something lovable about it. Maybe it’s the cool, futuristic concrete bridge that connects it to the park across the street?

The Engineering Center campus building at University of Colorado Boulder is often called the ugliest building in the campus, because it’s decidedly different from the rest “Tuscan” style buildings on campus. 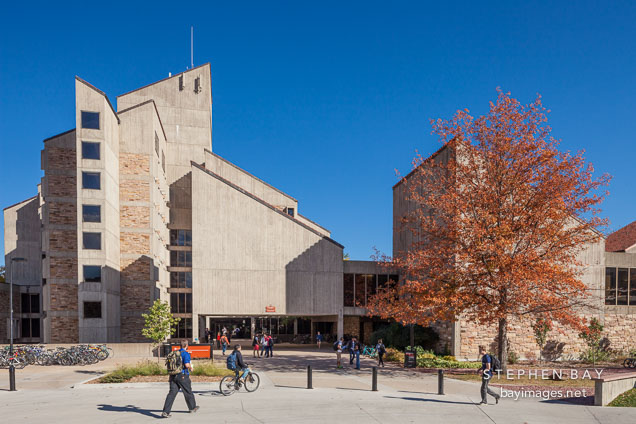 It definitely stands out, but I don’t think it’s ugly. I’ve spent many hours hanging out and exploring the nooks and crannies of this building, even though I wasn’t an Engineering student.

@nagnabodha’s post reminded me of another ugly, but beloved brutalist building, the Regenstein Library on the University of Chicago campus.

They can look really lovely or like a total hell depending on the photo. 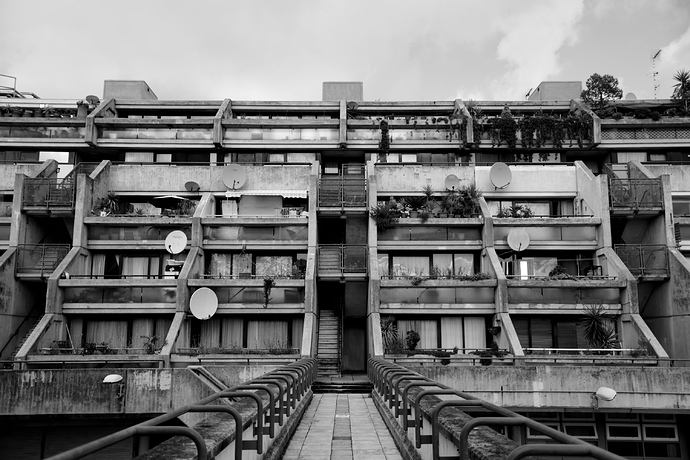 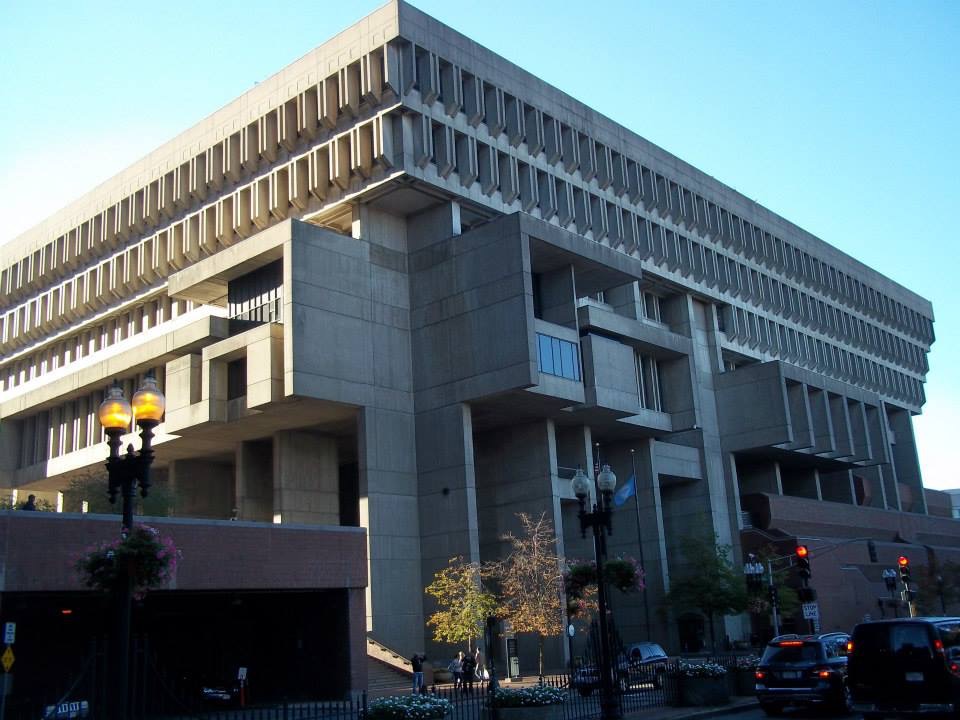 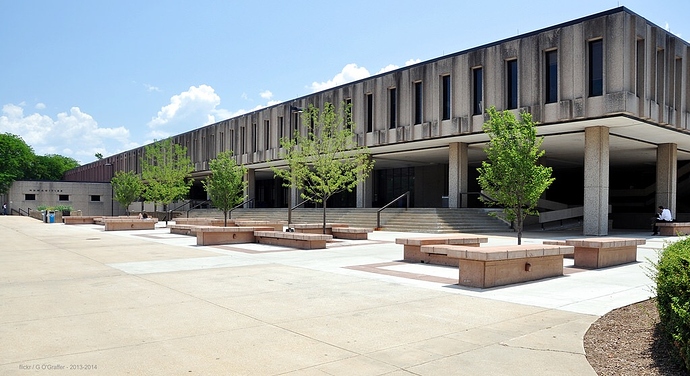 I lean towards Wescoe Hall on the University of Kansas campus. And, although the outside leaves a lot to be desired, the inside is also an underwhelming, dated, and drab labarynth of winding and looping hallways. Story has it that the building originally started as a parking garage, but soon became the English department. Whether or not that’s true, I still haven’t heard.

The Clark Building at Colorado State University. It was ugly when I took classes there 20 years ago, even a lipstick on a pig paint job didn’t help. Clark Building 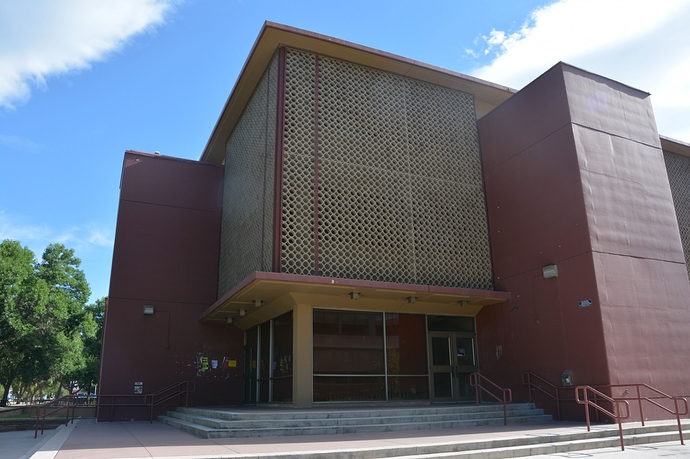 This (possibly?) abandoned building in Pittsburgh is luminous when the sun hits a certain angle. I love walking by it. 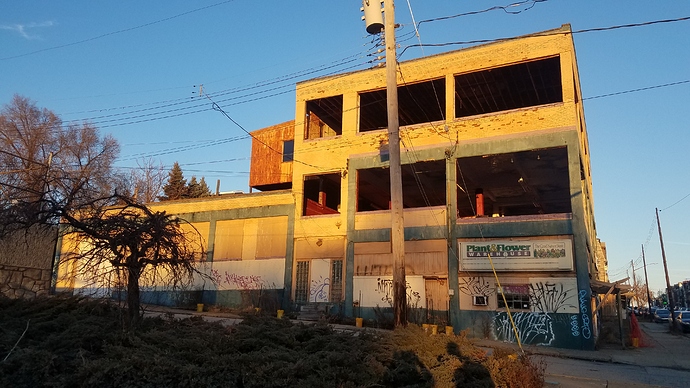 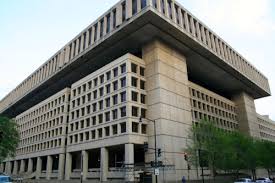 The FBI building in DC, it’s ugly, and concrete chunks have been known to hit people, but I somehow love it.

Used to live in Kaliningrad, Russia. We called the (still-unfinished) House of the Soviets building the robot head. 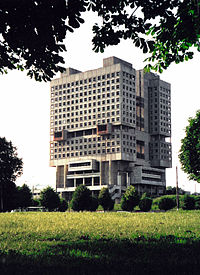 The House of Soviets is an unfinished building located in the city of Kaliningrad (Königsberg prior to 1946) in the Kaliningrad Oblast, an exclave of Russia. The local people often refer to it as the "buried robot" because its appearance resembles the head of a giant robot which is buried in the ground up to the shoulders. The chief architect was Lev Misoshnikov. It was built on the original territory of Königsberg Castle. The building is located in the central square of Kaliningrad, at the inte... 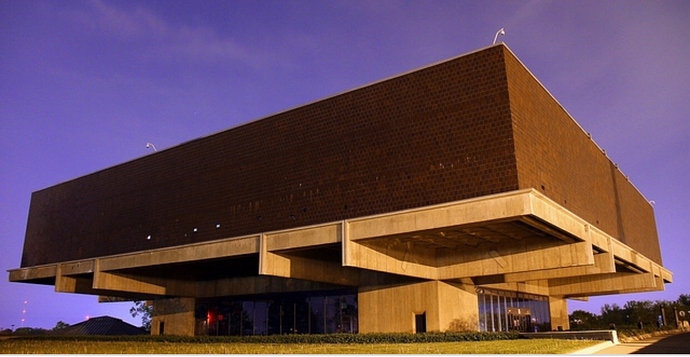 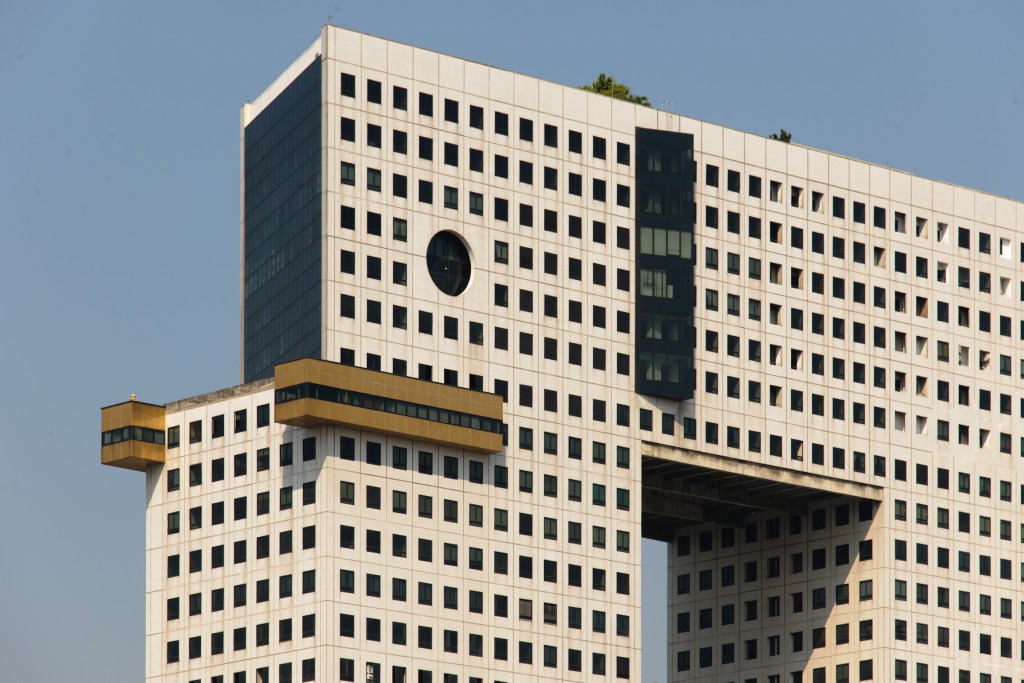 Ugly Architecture: 15 of the World’s Most Hideous Buildings

Some buildings are so ugly, the only thing that could possibly improve them is a wrecking ball. It’s even worse when the structures are high-profile and expensive, making you wonder how many … 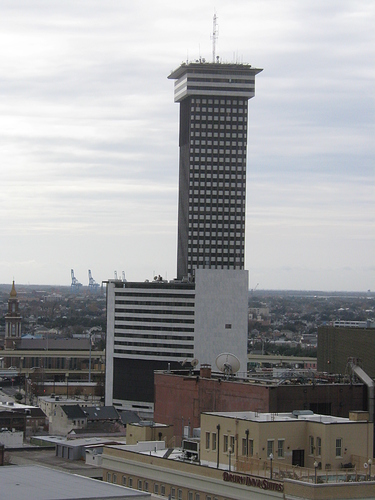 There are much better pictures out there, but this is from wikipedia.

The World Market Center in Las Vegas, Nevada is a windowless, gargantuan behemoth. 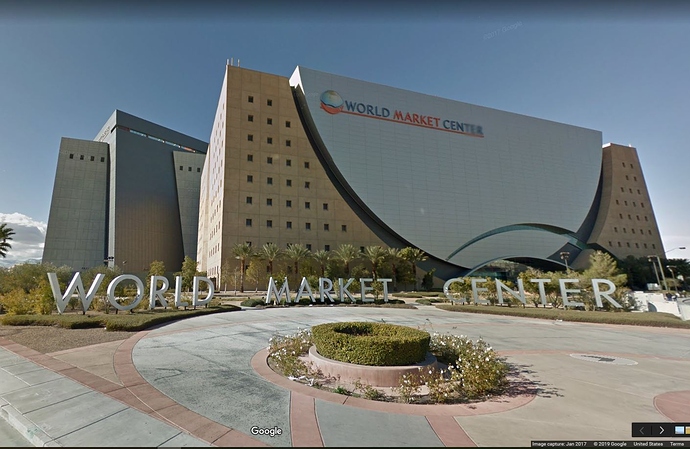 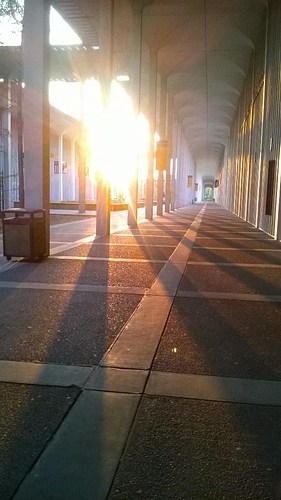