Thank you very much!

Next time you’re in Tulsa, pack a picnic lunch and head for the Blue Whale 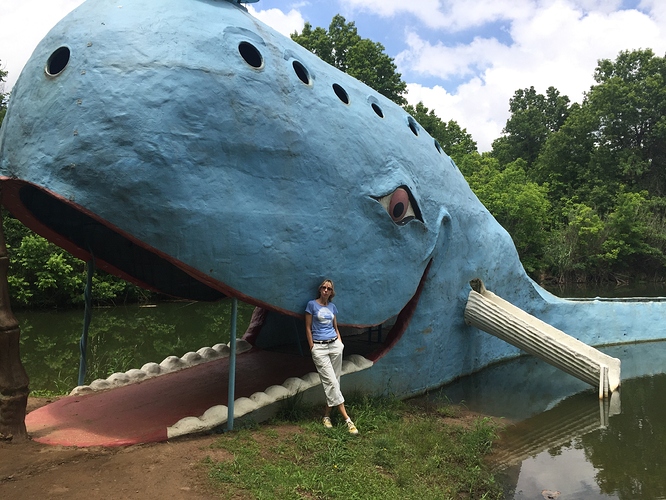 Lucy the Elephant in Margate NJ 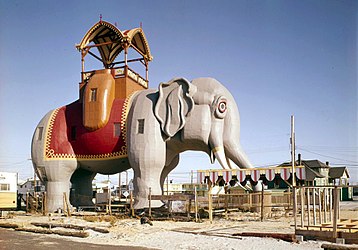 So driving around rural Saudi Arabia recently, and they love the big stuff. Some are really obscure, some are horrendous, occasionally there is real talent. Mostly totally sincere. This is the cream of the crop. Sorry if it’s too many - this seems like the right place for them. 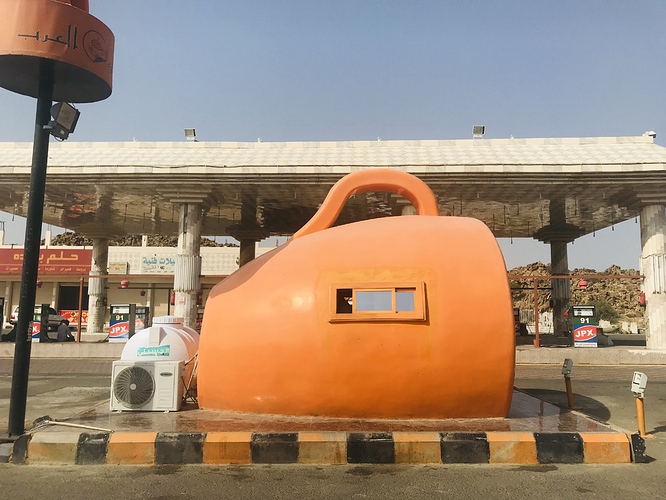 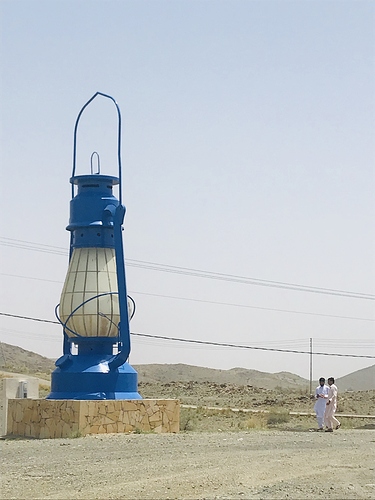 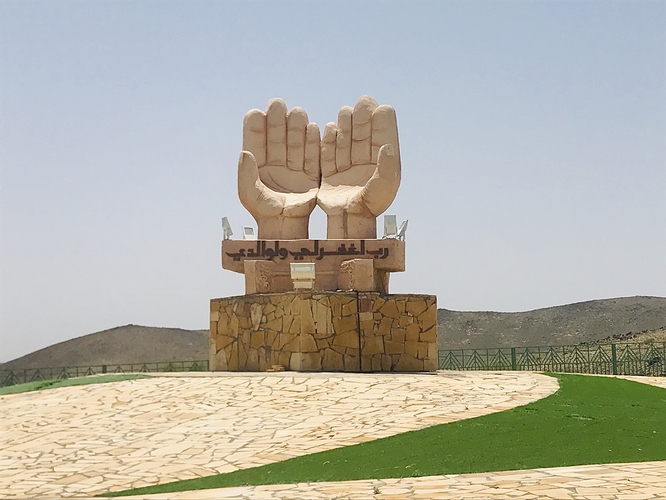 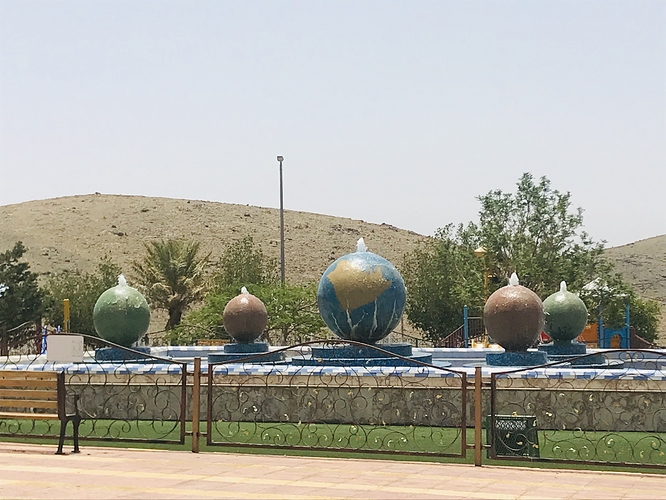 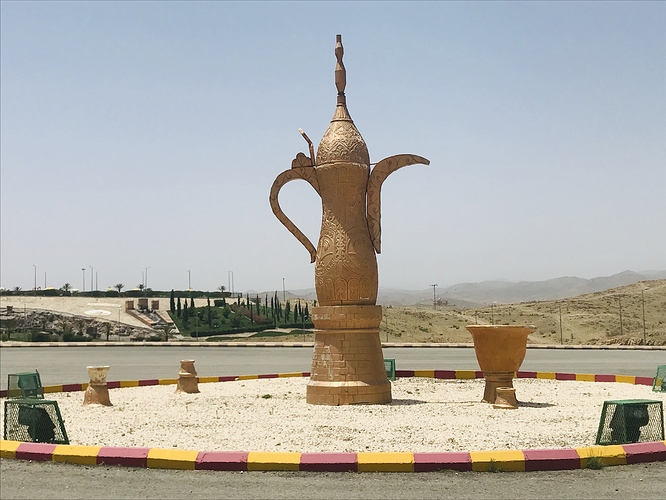 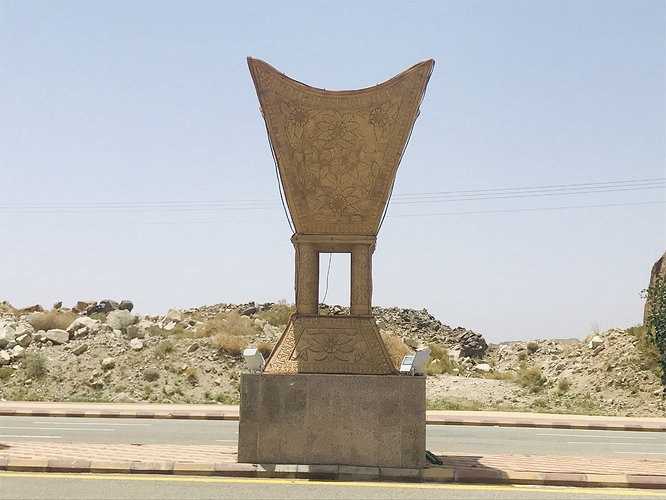 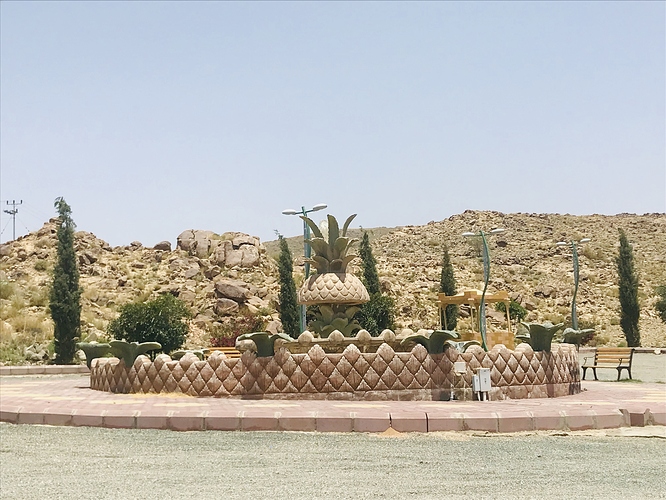 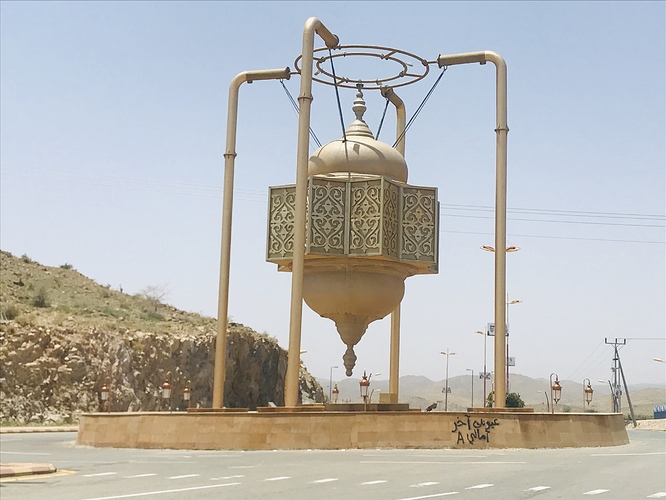 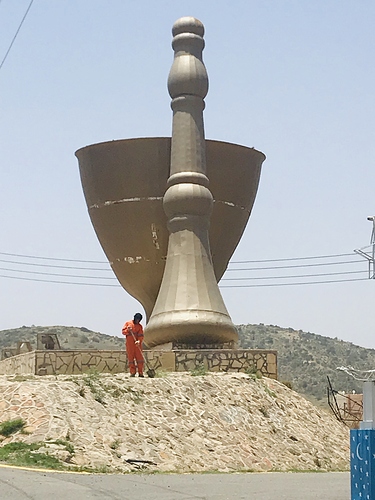 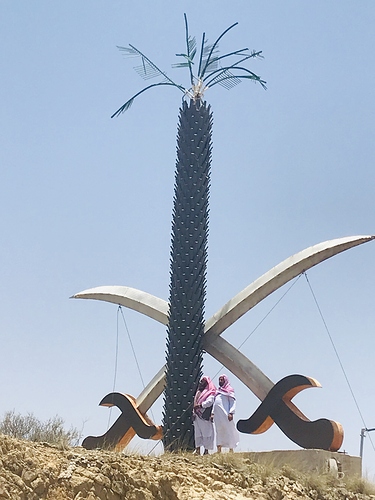 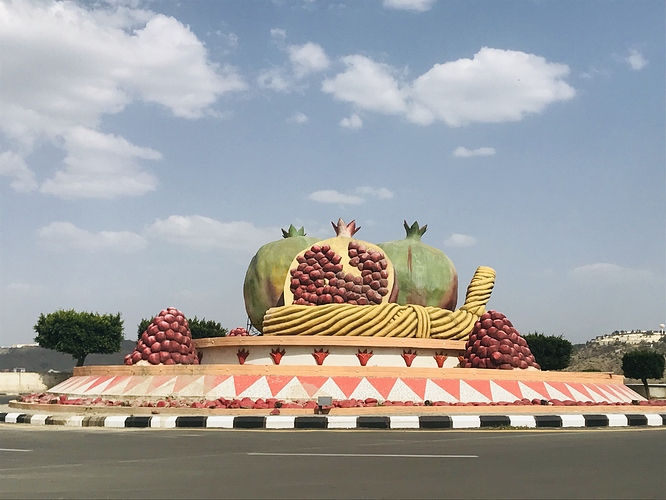 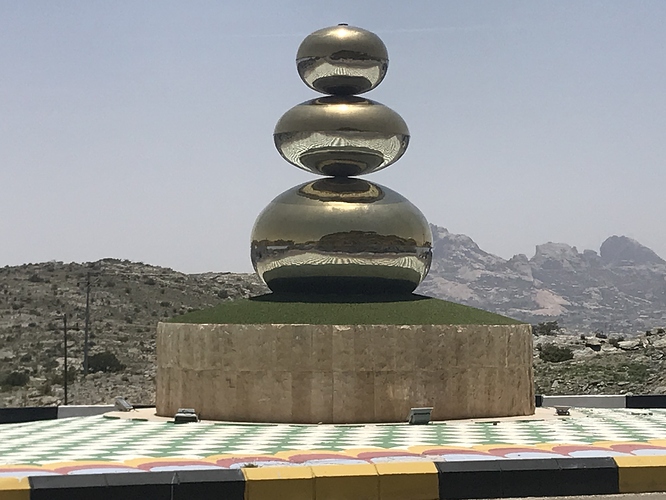 On Rt. 202 North,south of Flemington NJ are 2 oversized Adiromdack chairs painted bright yellow. Yellow is my wifes favorite color and I jokingly offered to steal one for her. 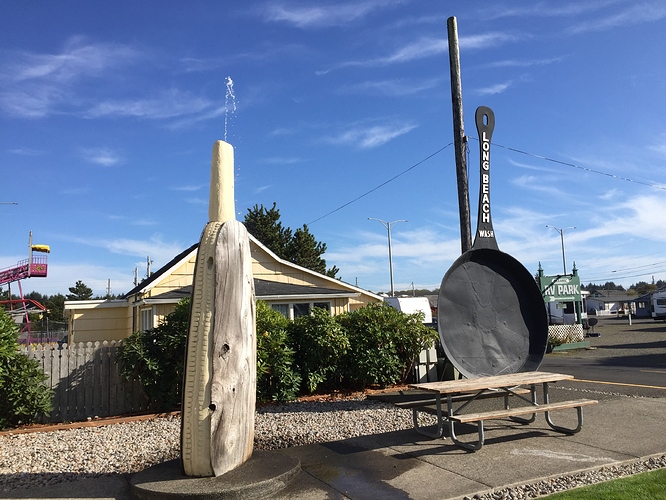 Also, right across the street at the amazing Marsh’s Free Museum (home of Jake the Alligator Man) there are a pair of the world’s largest chopsticks right in front: 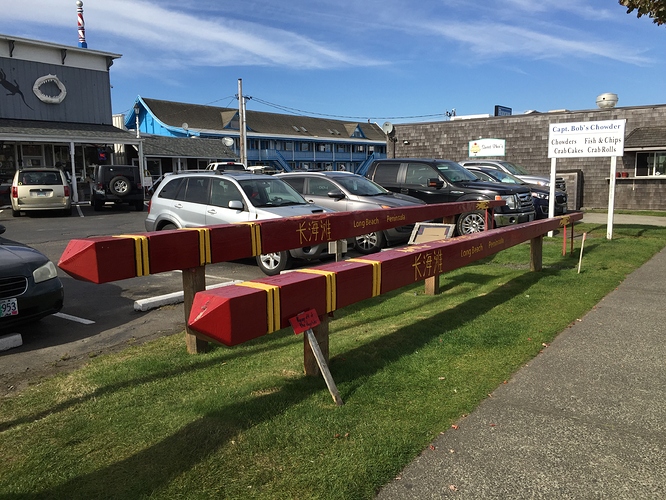 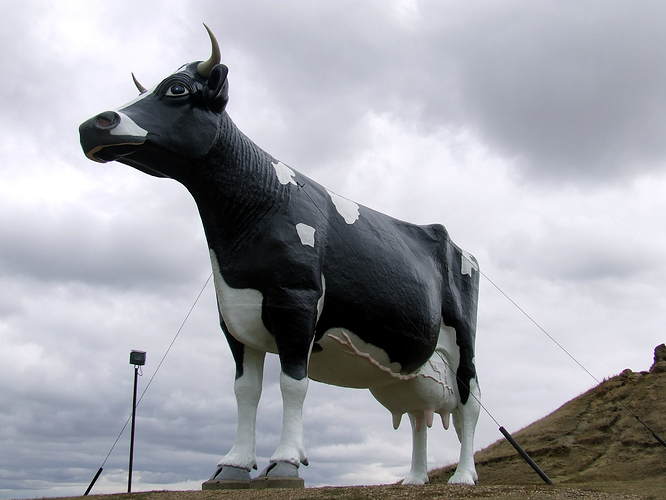 As well as Sandy, the world’s largest sandhill crane in Steele ND: 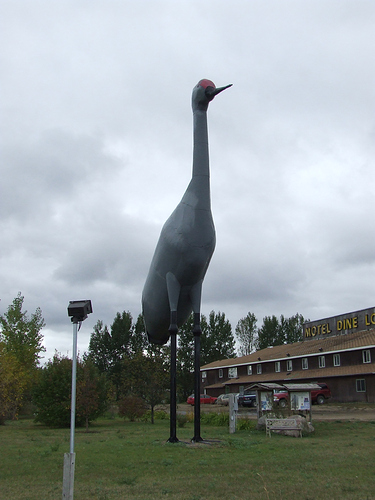 I really hope those are all filled with the soda they’re painted as.

They could very well be. I do know that school groups on field trips could get their water containers filled up with soda if they wanted it and lots of kids had Coleman jugs. 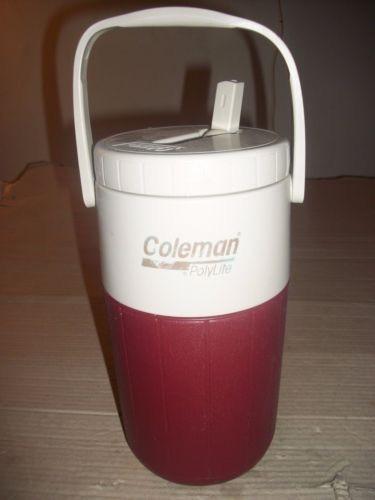 My mom wouldn’t let us stop there either, so when on a business trip as an adult, I finally went there. What wonderful tacky souvenirs! I brought some home with me, including a Confederate flag that was only used as a curtain and the house was back a long lane, so nobody ever saw the flag.

South of the Border has (or had, when I was a kid) world-class fireworks for sale - DEFINITELY something worth shopping for!!

Ahhh how could i forget about that. They were everywhere!!

Mexico doesn’t have such a tradition for “roadside big things” but oddly enough most that I can think of are in the city of Pachuca. It’s not a particularly touristy place so I think a lot of these are attempts at driving up interest.

I was unable to find pictures of it but a local specialty is “pastes”, the Mexican-ized version of the Cornish pasty, brought over by miners a couple centuries ago. A paste chain has a maybe 10-meter tall inflatable effigy of their miner mascot which they sometimes pop up outside their shops.

My favorites though are these guys (I mean to write an entry on them but I unfortunately don’t have the right pictures for it): 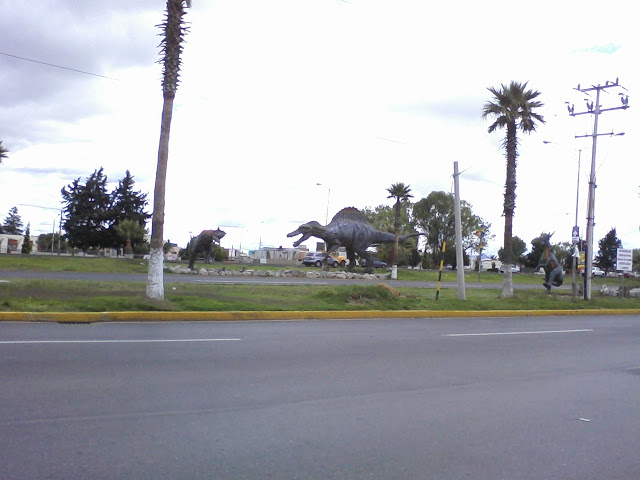 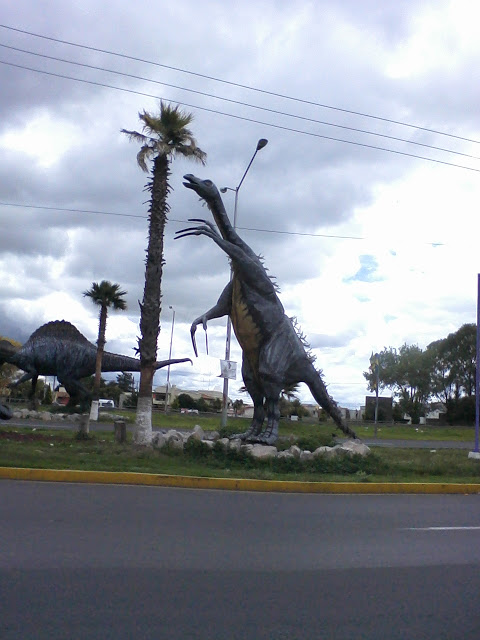 They’re located right on the median strip of the main highway connecting Pachuca and Mexico City and in front of the local Children’s Museum, which has an outdoor “Dinopark”. As far as I know neither Pachuca nor its state of Hidalgo have a particularly strong paleontology record so they’re there basically just to promote the local Children’s Museum and its outdoor “Dinopark”, both across the road from the dinos.

Can anyone think of any other place with “realistic” (in a Jurassic Park way, no feathers and all) dinosaurs in the middle of the road? 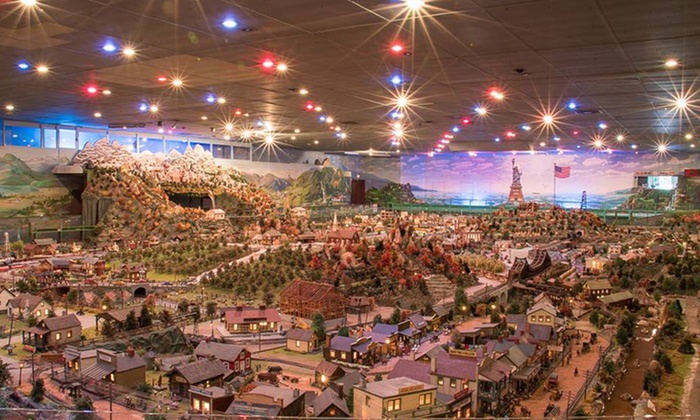 I would love to know how many hours went into this. I wouldn’t have the hand-steadiness to build one house lol 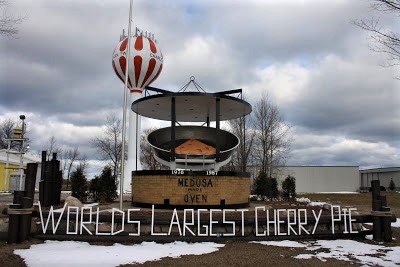 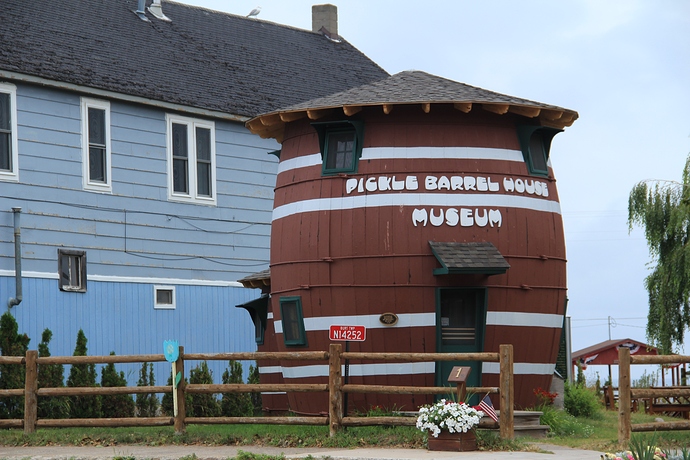 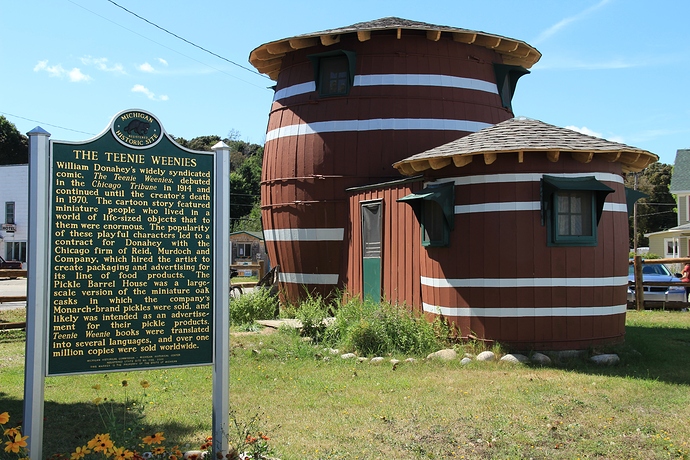 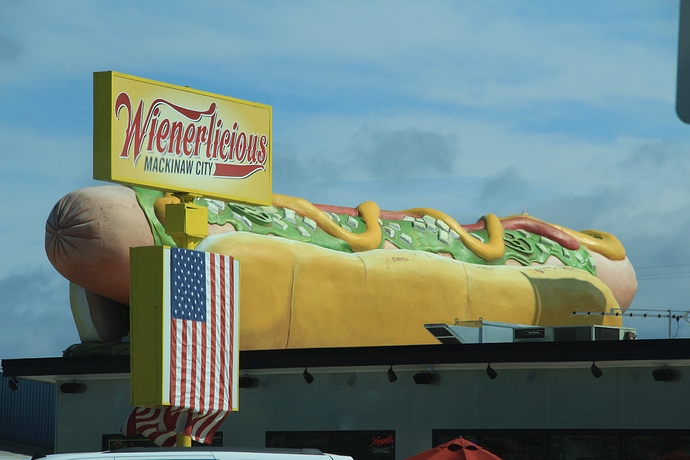 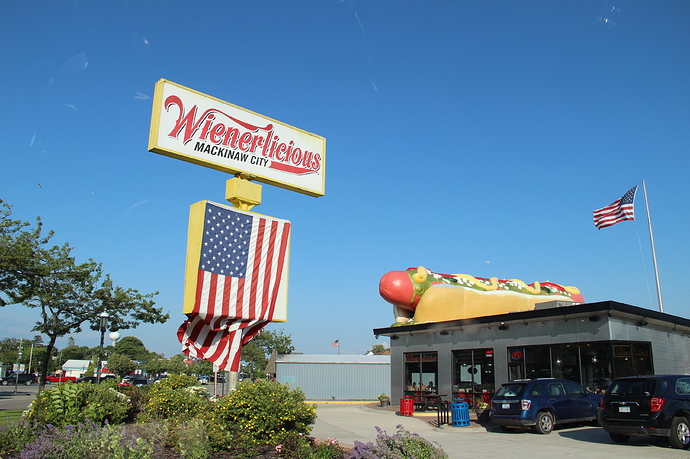 I’m certain I’ve mentioned this before in another thread, but I love the Flanders Duck on Long Island. 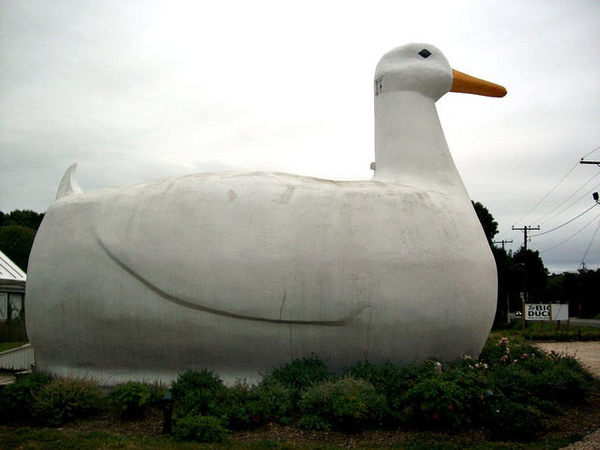 A former poultry store that looks like a giant duck and is one of the "seven wonders" of Long Island.


Much cuter than most oversized road attractions I think!