Show Us Your Favorite Secret Stairway

Closer to my home in Texas, I’ve always loved the exciting descent into the maelstrom at the center of Fort Worth’s Water Gardens, a downtown landmark. 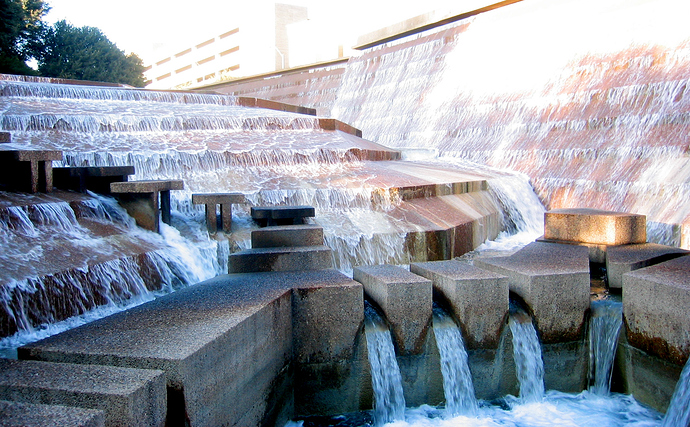 Quincy Hill, Parkersburg, WV
A local workout challenge, amongst other things. You’re rewarded with a tremendous view over the city and the Ohio River when you reach the top. Site of a water tank failure in 1909 when two million gallons of water cascaded down the side of the hill and into the streets of the city causing two deaths. 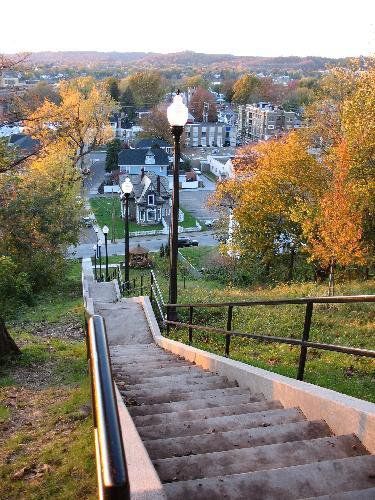 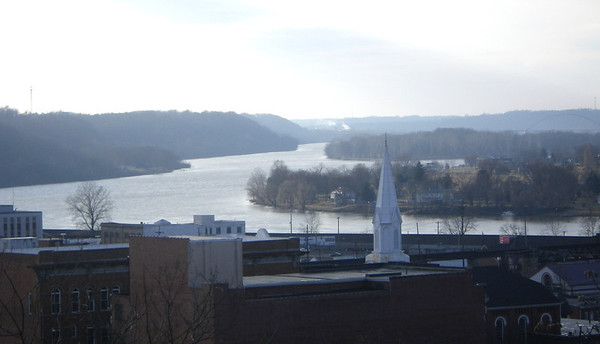 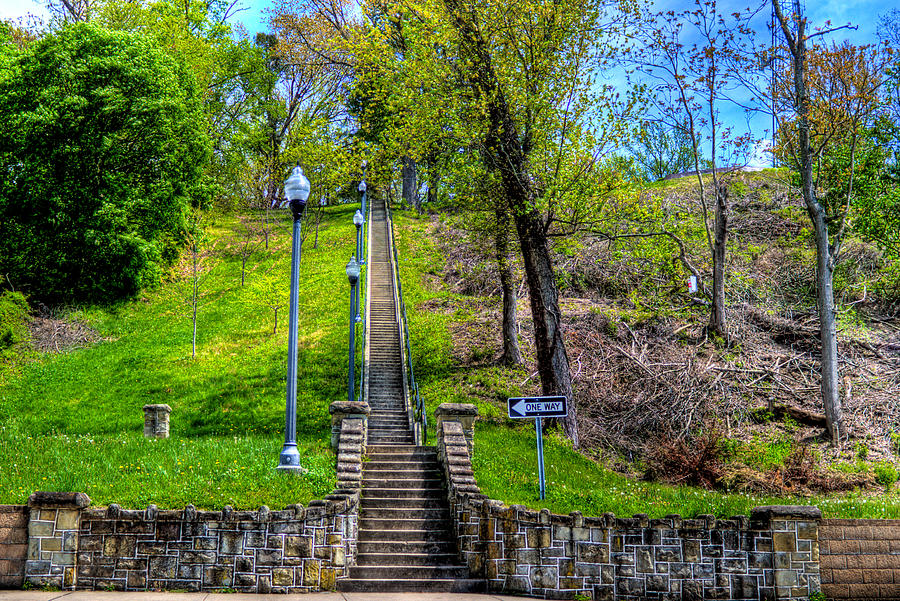 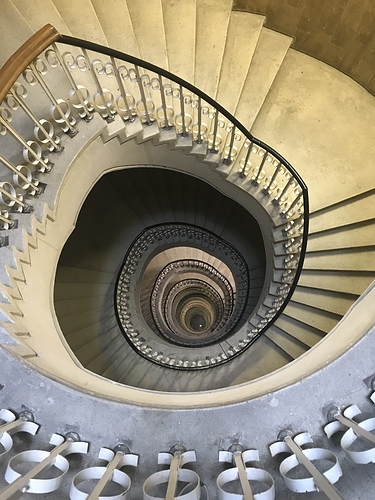 IMG_2992.jpg3024×4032 2.06 MB
This is located in the The “Palace” of Parliament in Bucharest - the world’s second-largest administrative building. (The Pentagon is the largest). In such an ostentatious setting (it was built under communist dictator Nicolae Ceausescu), I liked how simple this was and it’s tucked away near the internal offices the public doesn’t usually get to see.
4 Likes
alexaharrison June 17, 2019, 9:57pm #60

I really wish I’d known about this when I was in Bilbao last!

We loved the climb to the Tiger Cave Temple is a Buddhist temple north-northeast of Krabi, Thailand. You must go early to see the sun rise and climb 1,237 stairs to the top. 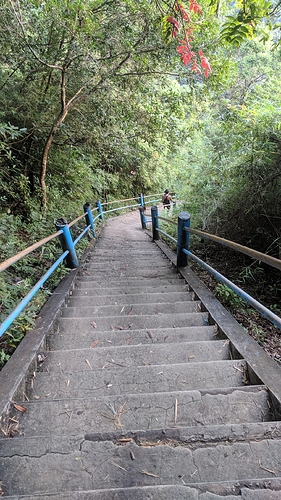 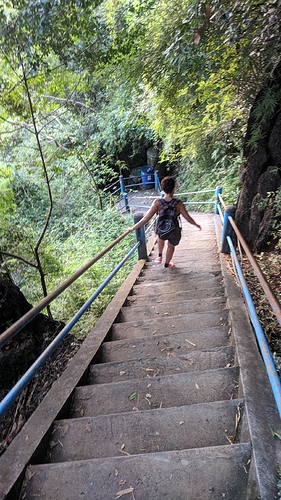 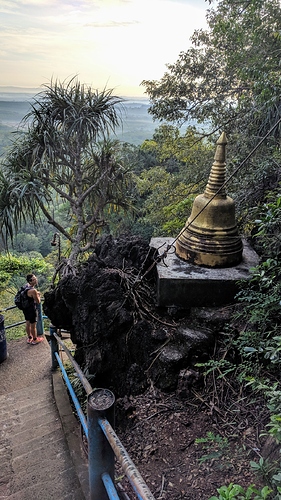 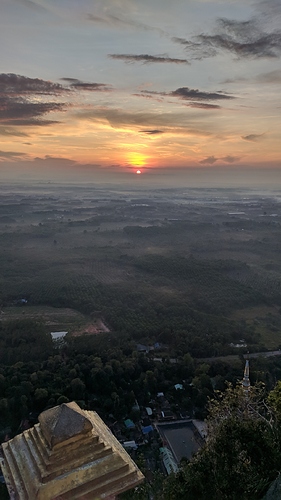 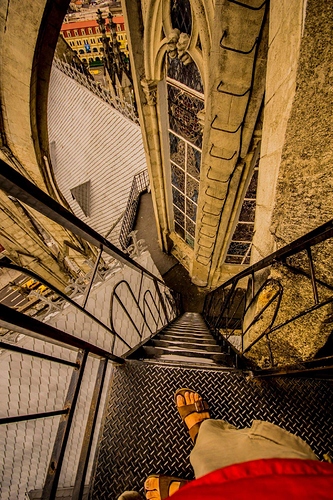 From the first moment I saw the interior of the National Post Office in Mexico City, I was mesmerised.
It is also known as the Palacio Postal, or the Palacio de Correos de México and is located in downtown Mexico, the most entrancing city on earth. 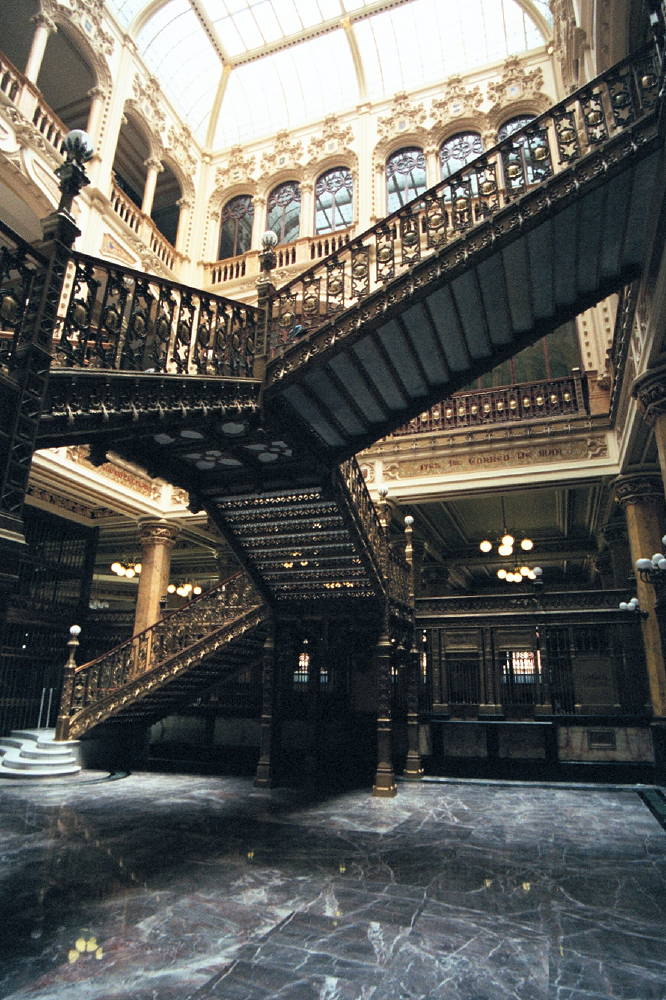 No photo, as I traveled there before cell-phone cameras, but the stairs leading down the cliffs of the very southern end of Puerto Vallarta town to the beach are memorable. They pass almost intrusively right in front of private homes’ doors, so as one walks up and down, especially at night, the “stealth factor” kicks in :?) And most of the front doorways are postcard gorgeous as well; the exclusive homes are built into the cliffs providing a dreamlike setting.

My favourite stairway encountered on my travels is probably The Cascade in Yerevan, Armenia’s capital city. Constructed from 1971 and inaugurated in 2009, this monster links the central area of the city with Haghtanak Park. For those willing to walk up 750 steps, rising to a height of 387 feet (118m) above the city, the views on a clear day are stunning – not only of Yerevan, but also beyond towards Mount Ararat (in neighbouring Turkey and of Noah’s Ark fame). The Cascade is divided into a series of levels, each marked by a small central terrace, or landing, between the steps either side. The terraces are adorned with fountains, flowerbeds and modern sculptures. For those electing not to walk up the stairway, there is another surprise in store – underneath the steps are a series of seven escalators running along its entire length. The complex also includes exhibit halls connected to some of the terraces which form the Cafesjian Center for the Arts (inspired by its founder, Gerard L. Cafesjian, an American businessman and philanthropist of Armenian parentage).
As a point of note, for some strange reason, the otherwise fantastic Atlas Obscura book appears to omit the Caucasus nations of Armenia, Azerbaijan and Georgia – perhaps something for the next edition (?!?) 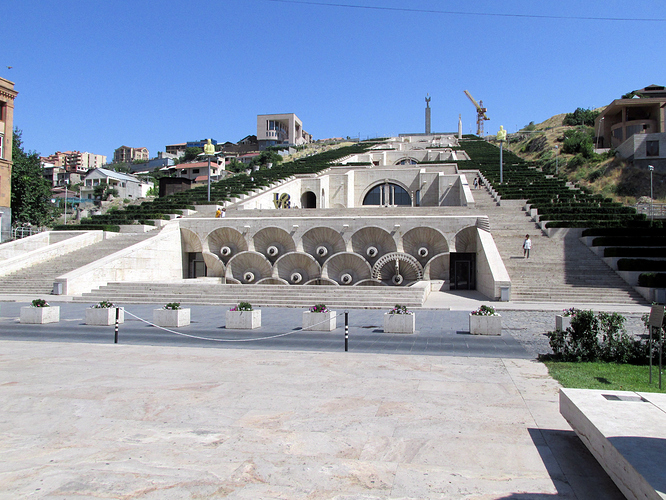 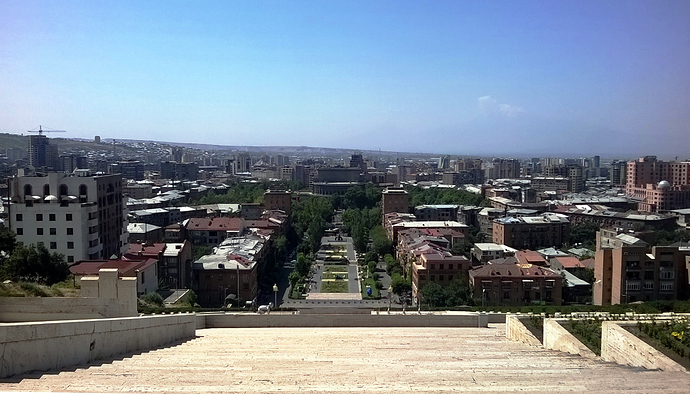 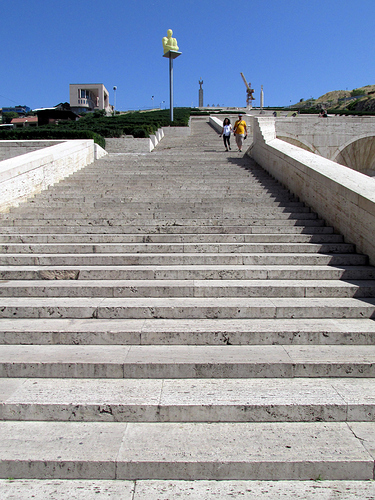 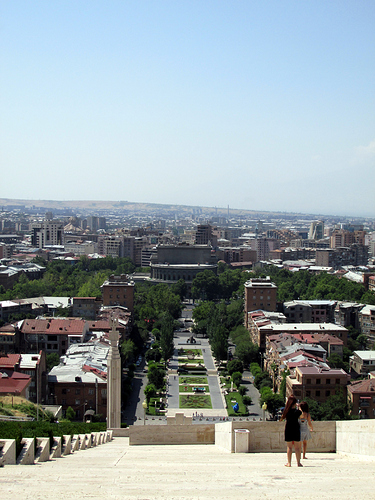 It certainly is not a secret stairway, but it is pretty amazing. Several weeks ago I had the opportunity to tour several national parks in China. Heaven’s Gate in Tianmen Mountain National Park was one of my favorites. It’s 999 steps to the top! 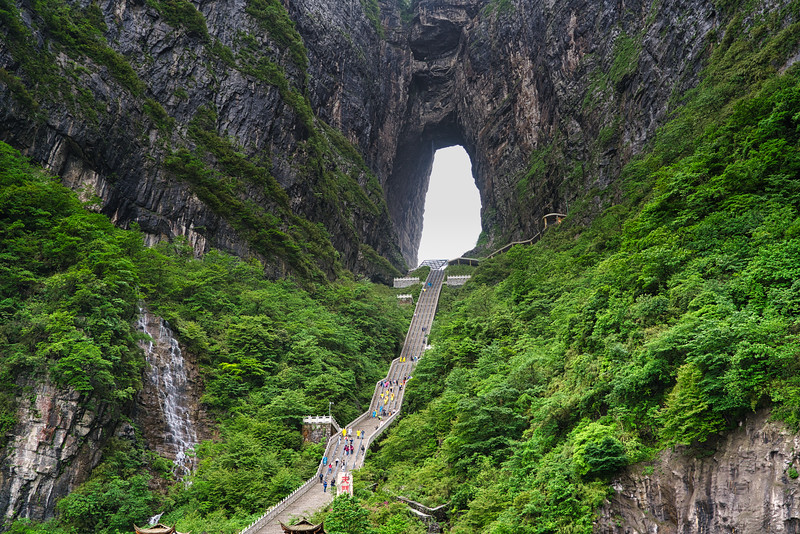 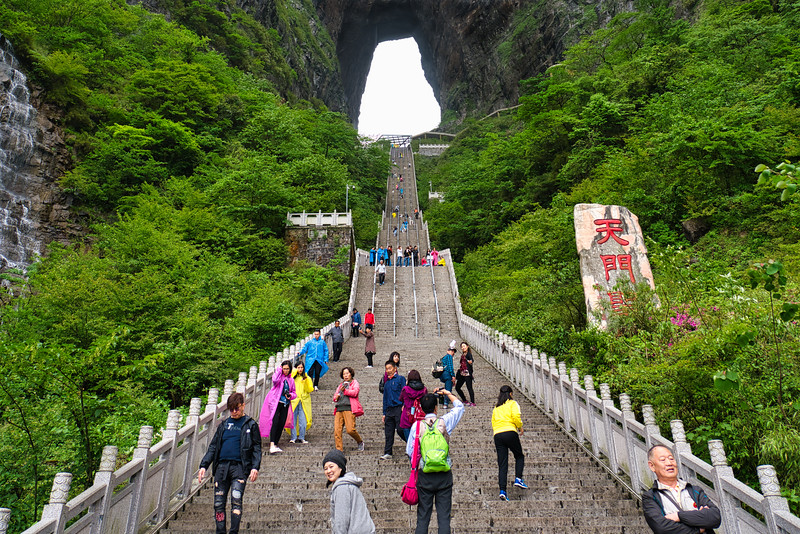 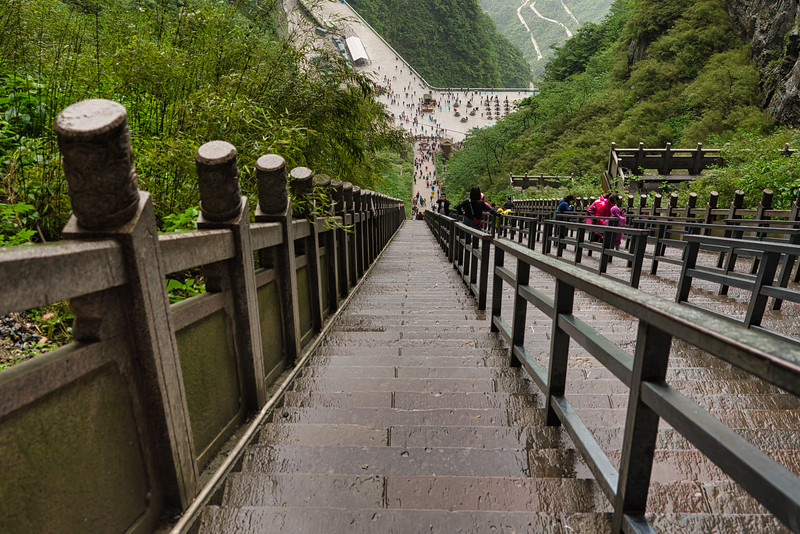 How do they keep the water from overflowing the steps?

Certainly not a secret stairway, though I think most people don’t go this way to see the exhibits at the Vatican. 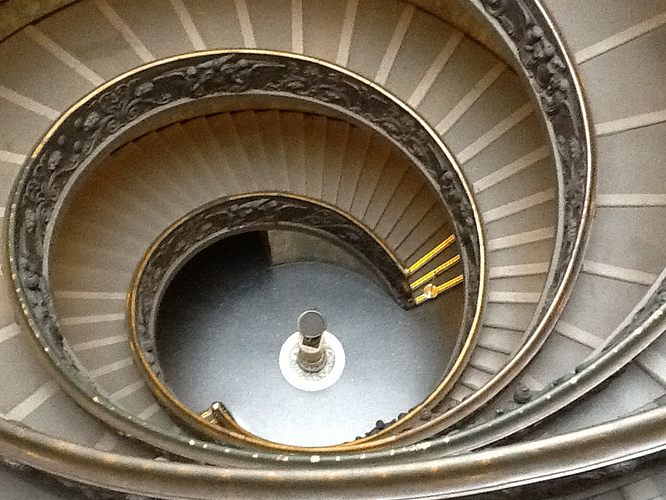 If you look closely, you’ll notice that there is a good foot of a distance between water and stairway levels. The water probably overflows during storms, evident by the overgrowing moss. Here is another photo from a different angle:

I’m not sure if this qualifies - it’s the alabaster ramps of the Canadian Museum for Human Rights in Winnipeg, Alberta. Walking up through the museum is a journey from dark to light through galleries connected by these breathtaking ramps. Slowing down on the ramps to gaze at the impeccable architecture also provides an opportunity to reflect on the exhibits and learnings. Finally, they’re ramps - accessible to all. Photo credit: Alex Fradkin, ArchitectMagazine.com. 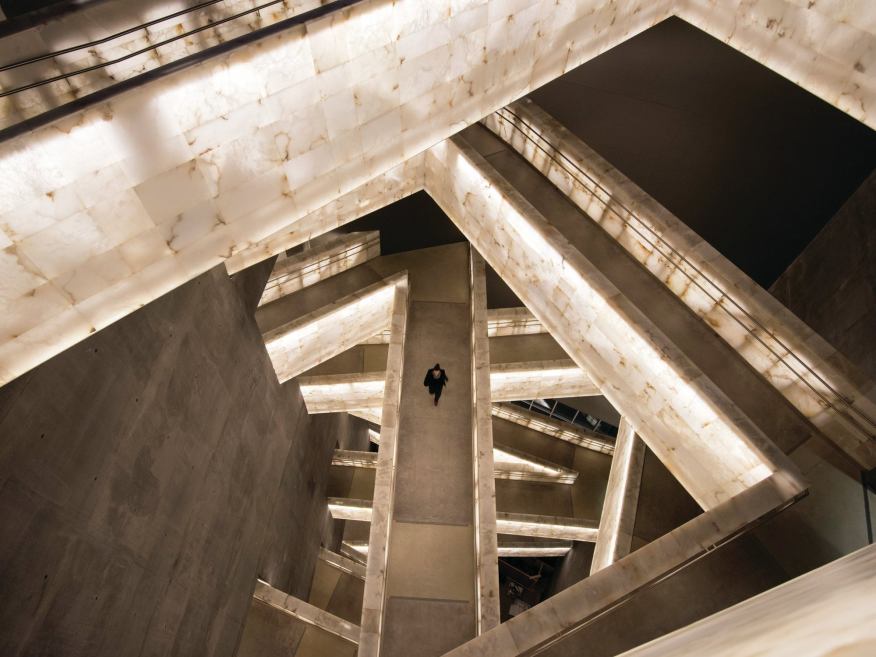 I lived in the Silver Lake neighborhood of Los Angeles, which was built in the early 20th Century when Disney, Charlie Chaplin, Mack Sennett (Keystone Cops!) and other film companies migrated from New York. The Silver Lake itself is a reservoir, and it’s ringed by a number of very lovely, lush hills, with tight, twisting roads and bungalows mixed with mid-century modern, and more recent, homes.

My favorite part of the neighborhood was the wonderful number of hidden stairways, some of which are better known and more used than others. The Atlas includes one particular set of these stairs, where Laurel & Hardy filmed a movie. 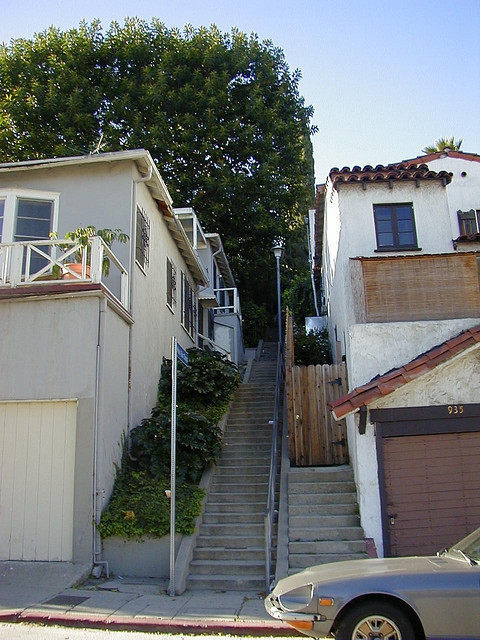 The site of a classic series of Laurel and Hardy pratfalls.

This website gives a nice tour of more of the stairs:

The Hidden Staircases of Silver Lake

Things to do in Silver Lake, Los Angeles 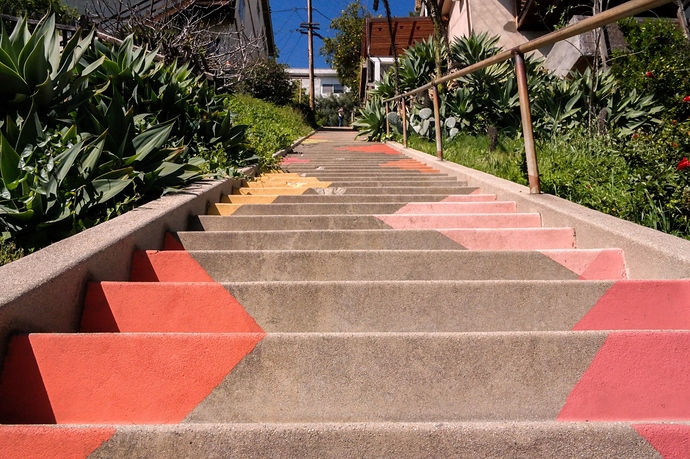 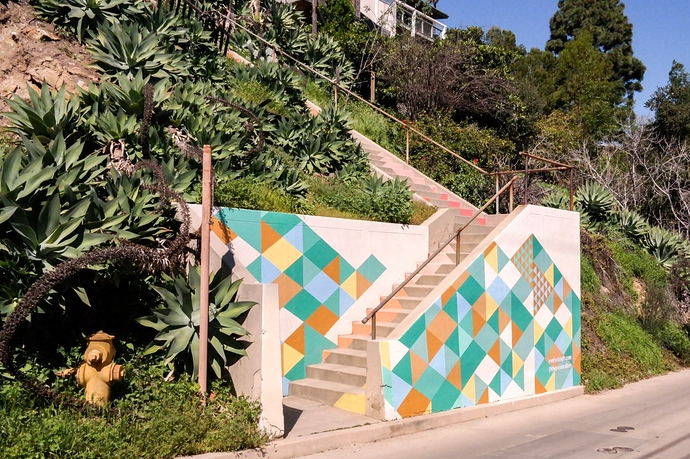 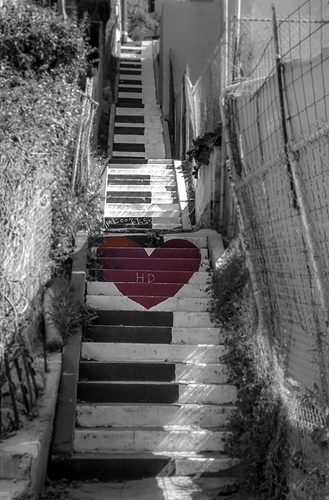 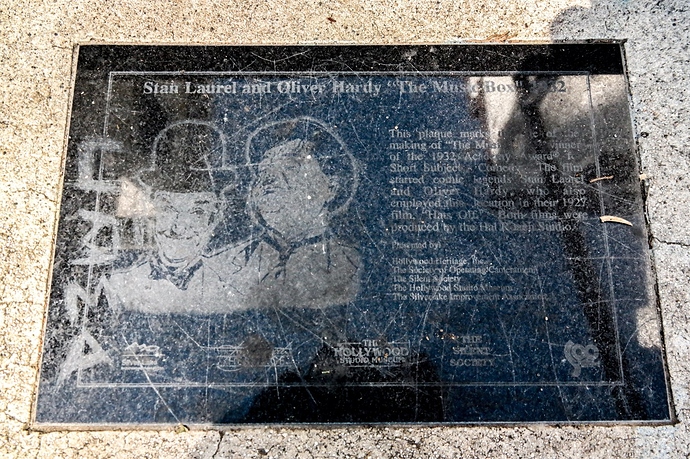 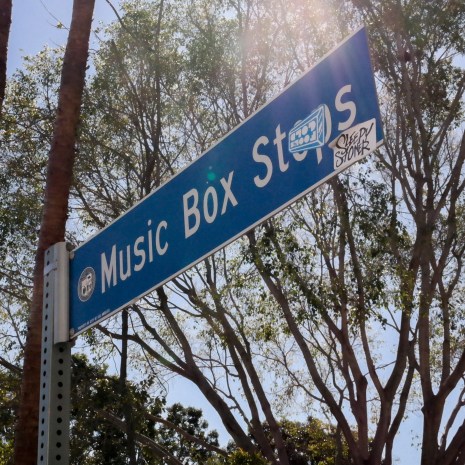 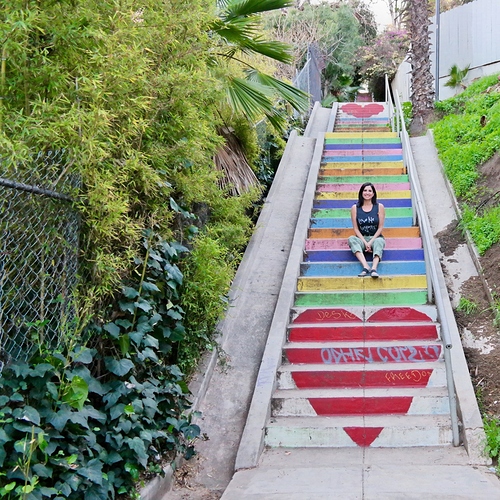 Growing up in Washington, DC, especially as a kid, these stairs CREEPED ME OUT, especially at night. They lead from the DC end of the Key Bridge up, up, up a very steep cliffside to the Georgetown neighborhood. At night they are dimly lit and fer sure totes fulla ghosts. 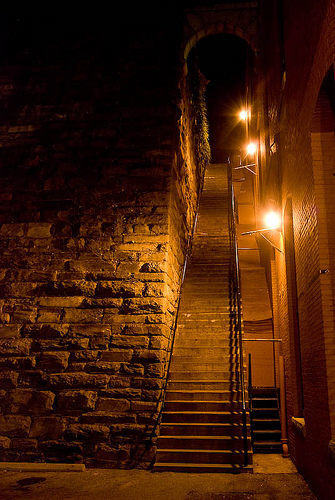 Site of the climactic scene from The Exorcist.

These stairs have become so legendary. I thought I saw a doc once that described how they were haunted, cursed, or something of that nature lol.