Show Us Your Must See Destinations of 2020

As the year comes to a close, we want to take some time to not only reflect on 2019, but look towards the new adventures that await us in 2020. As we approach that time of the year where we begin to organize our must-see places and trip agendas for the coming year, let’s all share a few! 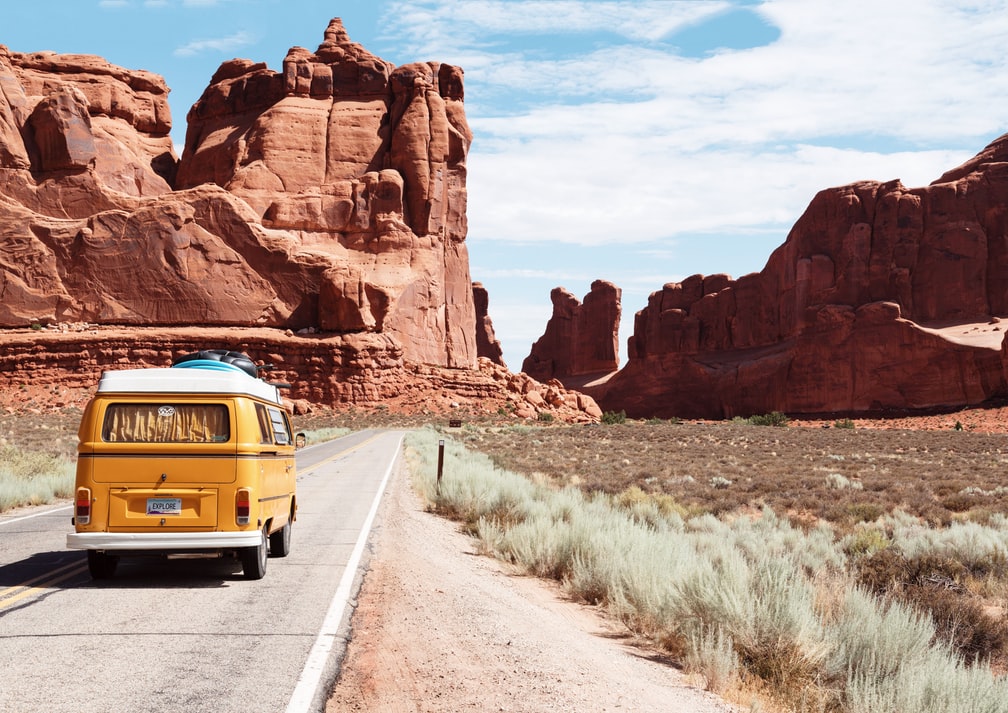 While I doubt I’ll be trotting around the globe in 2020, there is one place in my proverbial backyard that I’ve been planning to visit for some time. Being a lover of history and the natural world, I have yet to visit the Evolution Nature Store in Manhattan. The inside is filled from floor to ceiling with fossils, animal specimens, and historical objects. It’s certainly a must-see for any history buff. Another place, (whose exit I’ve passed countless times being a Virginia native), I hope to visit is the Natural Bridge in Natural Bridge, Va. This sacred Native Amerian site was once surveyed by George Washington and isn’t far from the deepest cave system on the east coast. Lastly, one I know I probably won’t make it to, but if the opportunity presents itself count me in, and that is to visit the Temple Church in London, England. The church is more round in its construction and was built by the Knights Templar as their English headquarters. All things Templar fascinate me and I would love to learn more up close. However, if I can’t make it there, the Church Brew Works isn’t far away from NYC. These are just a few places I hope to be able to see in 2020, now we’d love to see where you’re heading or would like to in the new year!

In the thread below, tell us about your 2020 trip plans and the places you hope to visit. Why did these places make your list and why are they a must-see this year? Planning a major trip for the year, tell us about it! What are the places you hope to check off along the way and why now? Be sure to include any pictures of your destinations so we can collect visuals of all these cool places and trips. Your response and photo may be included in an upcoming round-up article on Atlas Obscura!

The stop in Nakusp is to see a guy who has been supplying me with motorcycle parts for my old bike (not the one I’m riding) for decades, before he retires. He knows where all the hot springs are.

In 1994 I rode the old (new-ish then) bike the other way. The preparation for this ride is considerably more involved than the first one, though it needn’t be. In '94 I brought a radio to listen to weather reports, and no camera. My route planning was done on the fly each day from a US Atlas. I forgot the tent poles.

I was just scanning the Atlas Obscura Map and comparing it to my sketch of a route that Google suggested. There’s a lot of blank stuff in Canada, and I’m wondering if I should avoid the routes with many places known to AO so I can add some new ones. Though, I’ve tweaked Google’s suggested route to take me past some AO points already and it’s only added 100 miles (out of 4500.)

I was tooling around ‘Big Smoke’ and had just visited Sir Richard Burton’s gravesite, (No, not the actor, the explorer) and was still up for further adventures. So, I searched sites near me on Atlas Obscura and came across Strawberry Hill House, a gothic home that supposedly influenced Mary Shelly’s “Frankenstein”. I jumped aboard a bus and headed over to Cheswick Village. It was approaching 4 PM, which gave me just about an hour to explore this wondrous and historical building. As the hour was late in the day, there was hardly anyone about, the docents were more than eager to share their knowledge & answer my many ! questions. I pretty much had the whole place to myself and felt as if I was being given a private tour of the palatial homestead. I would definitely recommend this to anyone who is interested in architecture and British history. 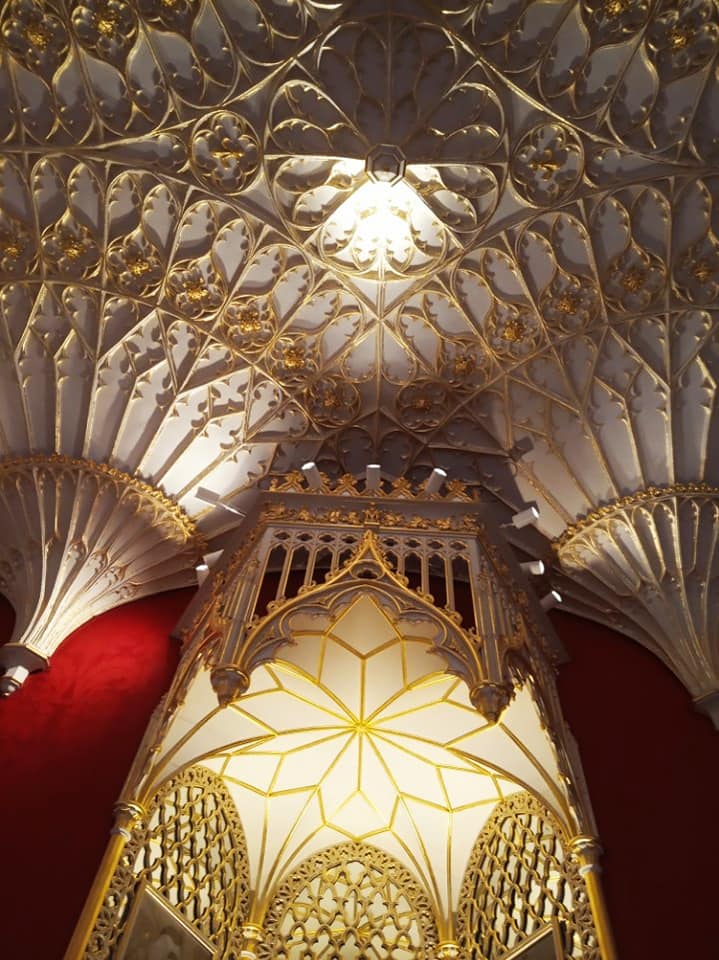 Can’t wait to ride the Montenegro Express an amazing train ride from Bar, Montenegro, to Belgrade, Bosnia. The train passes over 435 tunnels and through 254 tunnels. Come join me! 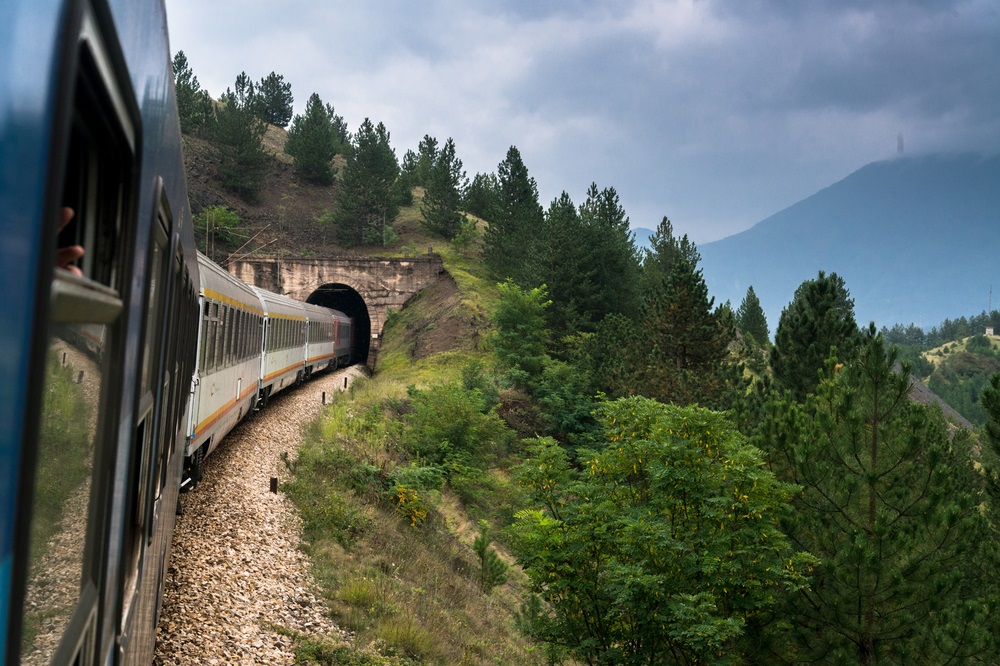 6 Reasons To Take The Montenegro Express

The Montenegro Express runs between Bar in Montenegro and Belgrade in Serbia. Find out why you should take this epic scenic rail route!

This sounds amazing and a gorgeous trek! Enjoy and thanks for sharing 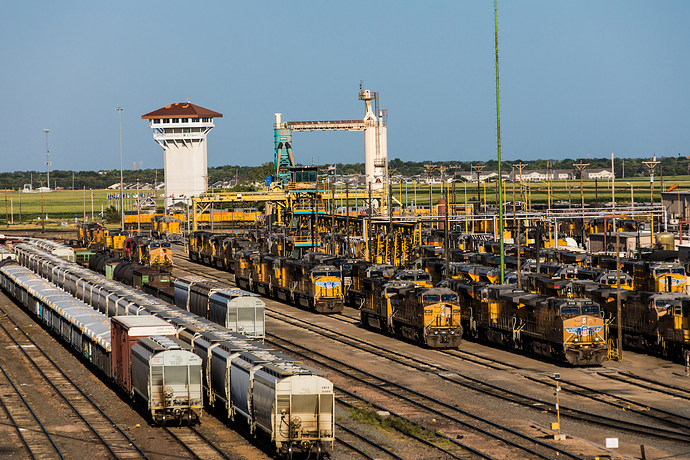 sounds like a cool spot to check off the ole list. I bet you get some awesome photos. Enjoy and make sure to tell us bout it!!

I’m slowly putting together a 12-week itinerary, which begins with a transatlantic cruise, then Eurail south from Normandy to northern Italy. There the focus gels, and I will visit at least 50 cities and towns, getting pictures of cathedrals as I travel from north to south and Sicily. I should add 5 new countries to the life list, and about 100 new cathedrals for my next volume of Cathedrals to the Glory of God. Highlights should be the Bernini Express, Stravinsky’s grave in Venice, St John Lateran, Agrigento and Malta.

I am always inspired by people who find an interesting purpose to their travels. The cathedrals collection sounds wonderful though at some level brings forth the anxiety of my student years when I majored in art history and had to know hundreds of gothic cathedrals by heart.