Welcome to the Atlas Obscura Community discussion of Sigiriya in Sigiriya, Sri Lanka. Ask questions or share travel tips, experiences, pictures, or general comments with the community. For the story behind this place, check out the Atlas Obscura entry: 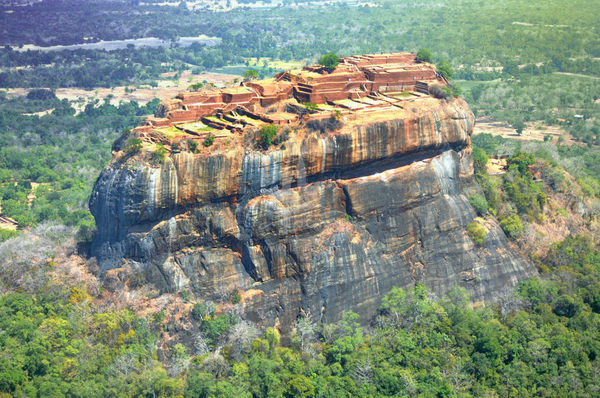 An ancient stone fortress considered by many to be the eighth wonder of the world.

This description is wrong. Presumably, according to the archaeologists, the lion head existed, but it doesn’t anymore. The staircase goes between two carved lion paws, but that’s all. And I wouldn’t call it an easy climb; between the heat, bees, the roughly carved steps and apparently the crowds (I was there on a hartal day, so we were the only ones), it’s not a walk in the park. It’s beautiful, but not as described in the article.

Youtube vlogger Harald Baldr posted a video of the whole complex, and hiked to the top in his Sri Lankan series. DEFINITELY worth a perusal!

When we called in to Sri Lanka on our way to Australiaby ship, we went on a bus tour to Colombia As we patted this rock we were told it was called Bible Mountain. Our guide was a real ghoul , pointing out places of interest on the way, told us that recently a schoolgirl, unhappy at school had jumped off the mount.