Welcome to the Atlas Obscura Community discussion of Statue of Elizabeth Montgomery in Salem, Massachusetts. Ask questions or share travel tips, experiences, pictures, or general comments with the community. For the story behind this place, check out the Atlas Obscura entry: 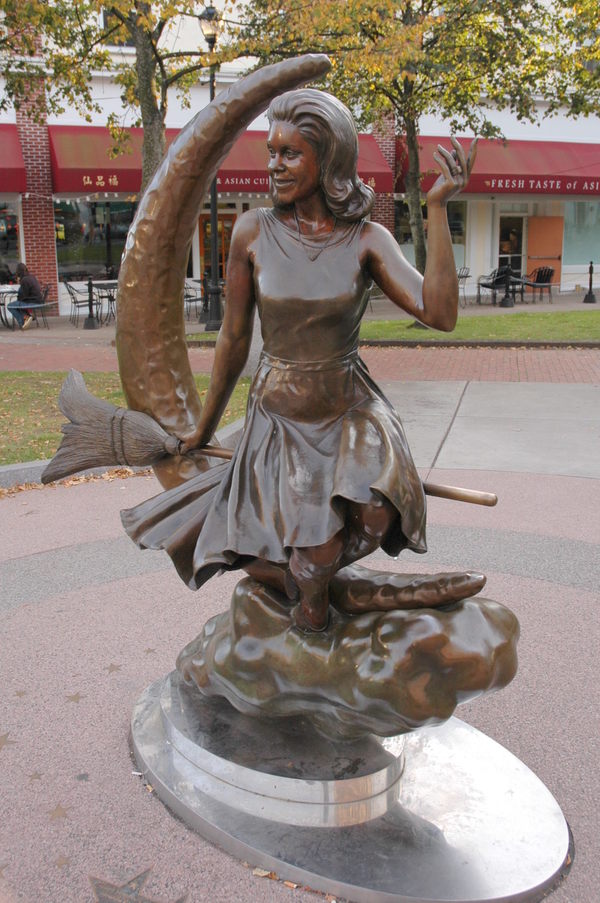 Statue in Salem of the woman who starred as the witch Samantha in the sitcom "Bewitched."

I just read the article about the statue of Elizabeth Montgomery that was erected in Salem, MA USA. I’m sure it was well intentioned on the part of TV Land who put it up (with the support of the City of Salem, of course), but it was very controversial when it was first proposed and installed.

Some thought it was callous, ignoring the horror and murders of the Salem witchcraft persecutions.

Some have described the placing of the statue of Elizabeth Montgomery in Salem as being as inappropriate at putting a statue of Colonel Klink at the Auchwitz death camp : http://nddsalem.com/Klink_at_Auchwitz.jpg