Tell Us About the Most Incredible Islands You've Ever Discovered

Remote, isolated, generally under-populated, islands are have a way of incubating wonder. Whether it’s one of the most remote bars on the planet, a shockingly large snake population, or a collection of ramshackle cliff dwellings made of recycled materials, islands all over the planet hold some incredible curiosities. Now, whether it’s the size or the strange sites found there, we want to hear about the most incredible islands that you’ve ever heard of. 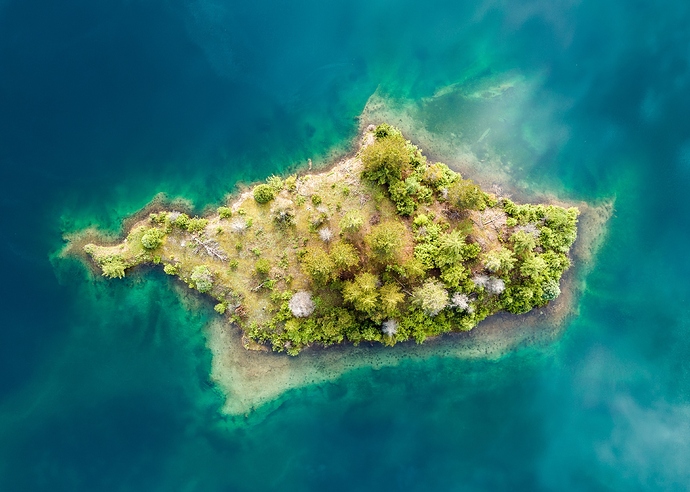 In the comments below, tell us about the most unforgettable, unbelievable islands you’ve ever discovered. Let us know where it is, how you found out about it, and what makes it so incredible. Of course if you have any terrific pictures of your favorite islands, we want to see those too! Your submission might be included in an upcoming round-up article on Atlas Obscura. Near or far, tropical or cold, it’s island time!

Just an aside to mention that I love that “monkey islands” are so common in AO that they get their own category: 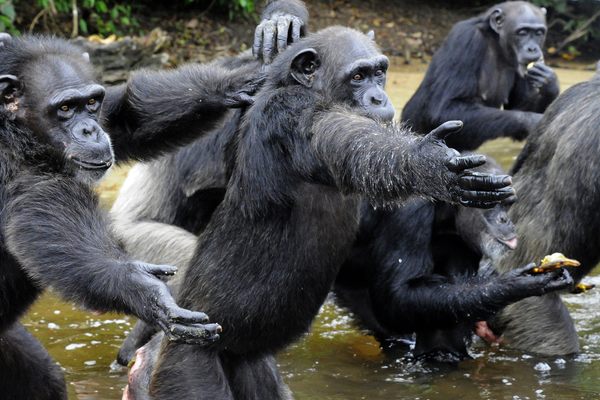 Look at this outstanding cuteness! 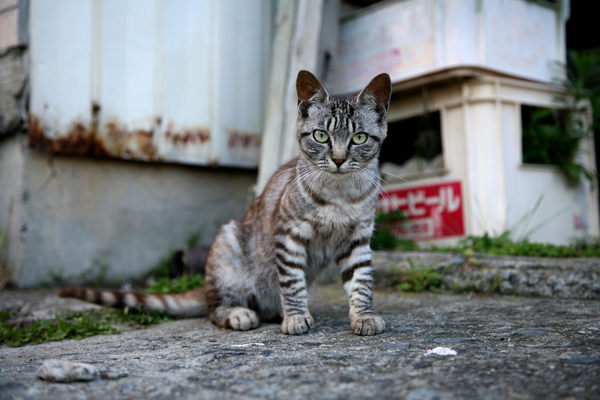 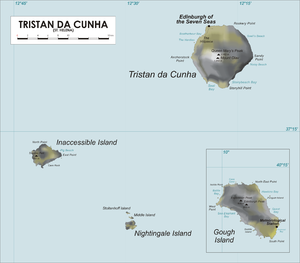 Inaccessible Island is an extinct volcano, last active six million years ago, with Cairn Peak reaching 449 m (1,473 ft). The island is 12.65 km2 (4.88 sq mi) in area, rising out of the South Atlantic Ocean 31 km (19 mi) south-west of Tristan da Cunha. Inaccessible Island is fringed with sheer sea cliffs but is accessible via a few boulder beaches. Generations of sailors were wary of the difficult landings and inhospitable terrain. Inaccessible Island has been without permanent inhabitants sin In...

Isla Tortuga (Tortuga Island) is an uninhabited island in northern Venezuela. It is part of a chain of islands that include Tortuguillas, Palaquines, and other smaller keys. Turtle was discovered in 1499 by Alonso de Ojeda. On its second trip, along with Américo Vespucio, the island was named Isla La Tortuga by Américo Vespucio, due to the enormous presence of turtles on the island. 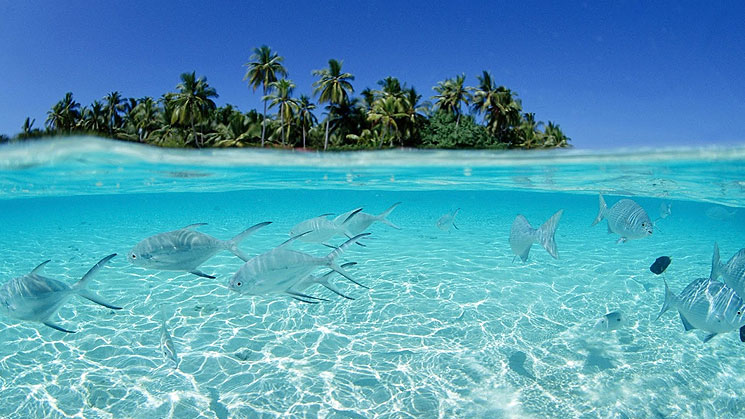 Passengers glimpse the Herradura Cay, the first stop of the boats embarking on the trip to La Tortuga from Venezuela. Gradually, the paleness fades from their faces. 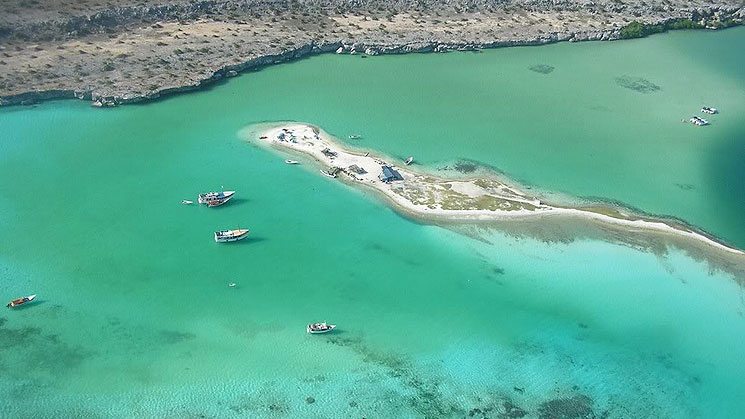 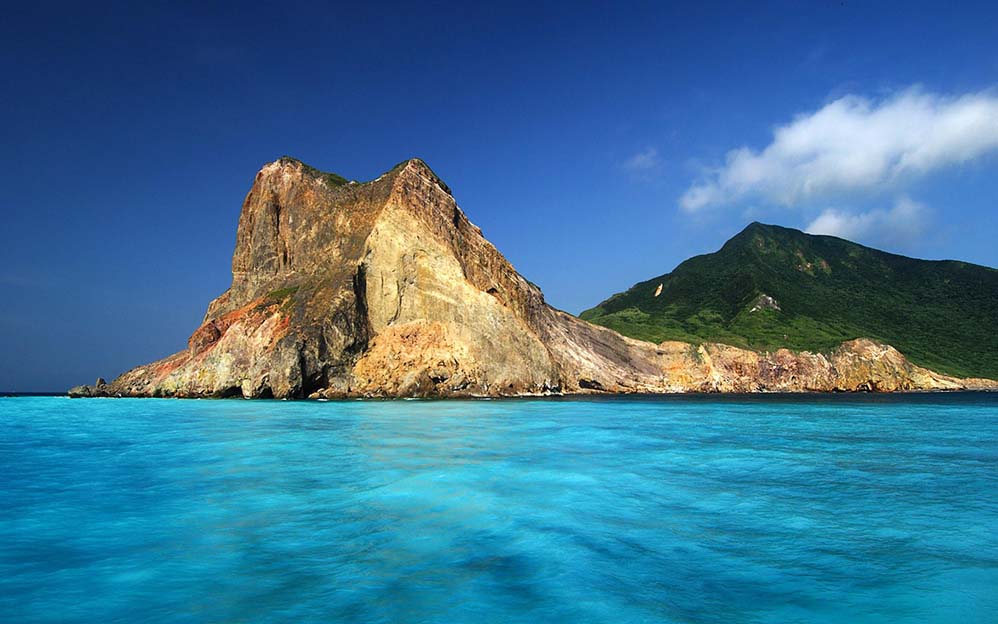 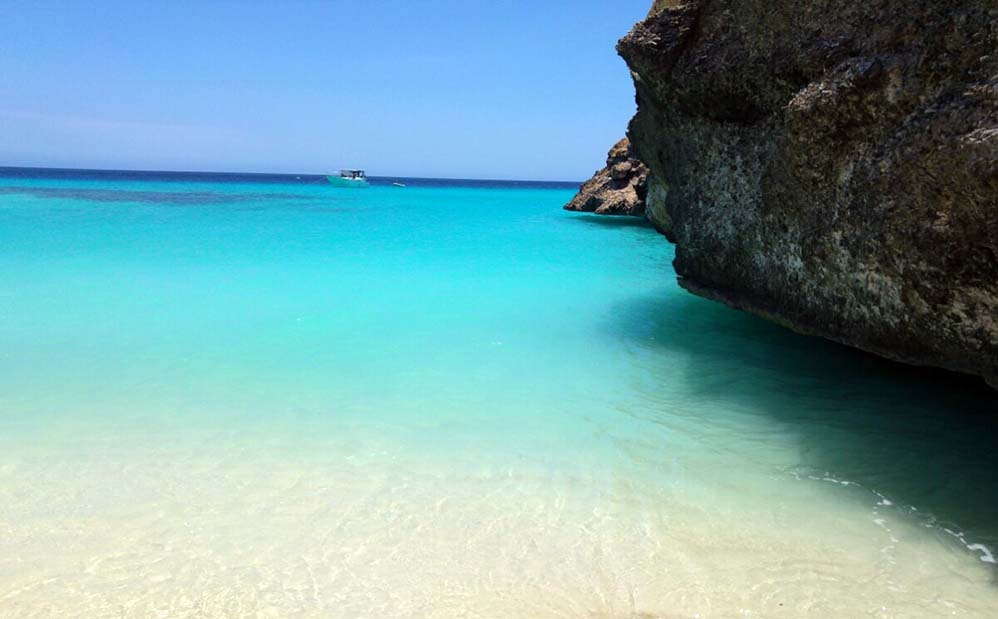 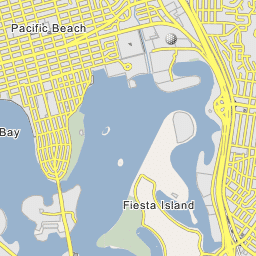 Over The Line Tournament
'Crowds of people enjoying sport, sun and sand on Fiesta Island in July can only mean one thing - the Over-the-Line (OTL) Tournament has returned. Locals know what a summer weekend at OTL means. Three-person teams swing softballs bat to try and score in the sand. ‘The rules of OTL are simple: games last three or four innings, no one has to run bases, and the main goal is to hit the ball “over the line” about 55 feet in front of the batter.Teams dress up in matching costumes and bring tents, chairs, beer, and funny signs.’
1980 Program 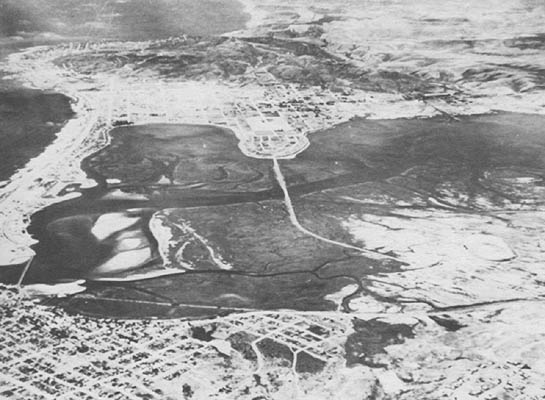 Yes!!! I want to visit Tristan da Cunha so badly!

Ever since I read about them on Flags of The World’s website, I’ve wanted a movie to be made about George Meads’ attempt to establish The Kingdom of Humanity in the Spratley Islands, and also the takeover of Sealand.
https://www.crwflags.com/fotw/flags/xp-s.html

I have a funny story relating to islands. I am from São Paulo, Brazil (one of the largest cities in the world), and I lived in Germany for a while, where I worked with children. One day, one of the kids was looking at a map and said: I found where you’re from… Here it is, São Paulo - pointing to an archipelago in the Atlantic Ocean! Super cute but also far-fetched, considering where it is in relation to Brazil (allthought it is a Brazilian territory), and that the islands are only rocks… 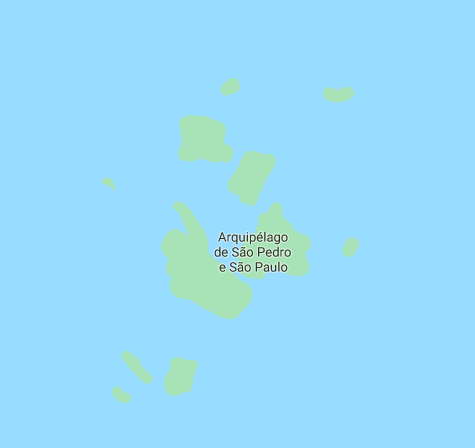 Lummi Island is a lovely place. It’s the most northeastern island of the islands off Washington’s coast. Only accessible by ferry, so make sure you know the schedule. There’s a cute little one room schoolhouse & several houses with interesting architecture. 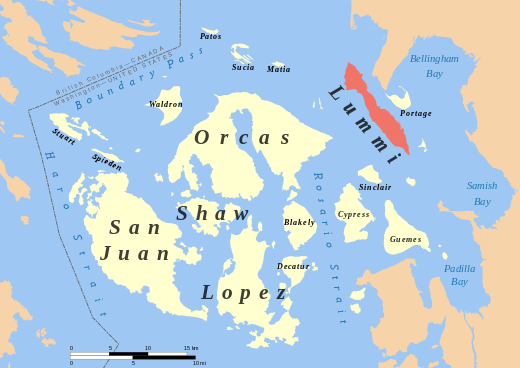 Molokini Crater, between the islands of Maui and Kahoʻolawe 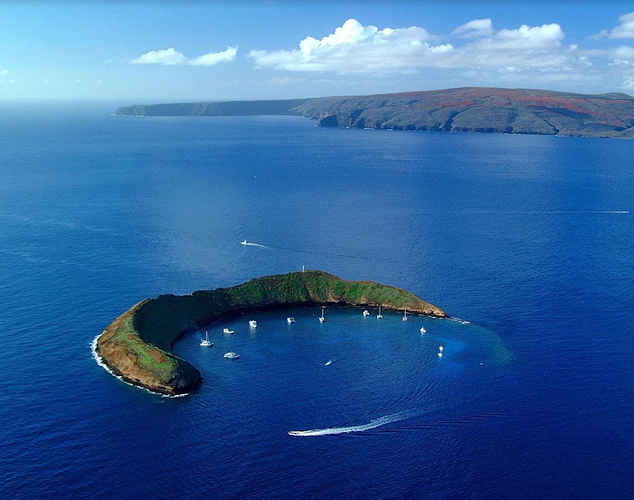 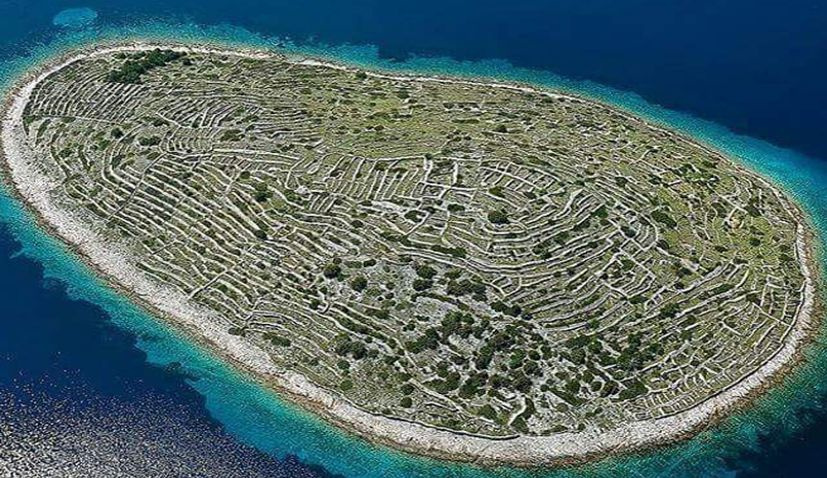 Gaz Island (the Fish Island)
Located within the Brijuni archipelago, three miles from Pula. Shaped like a small fish, this island is just one of islets that are part of the Brijuni National Park. 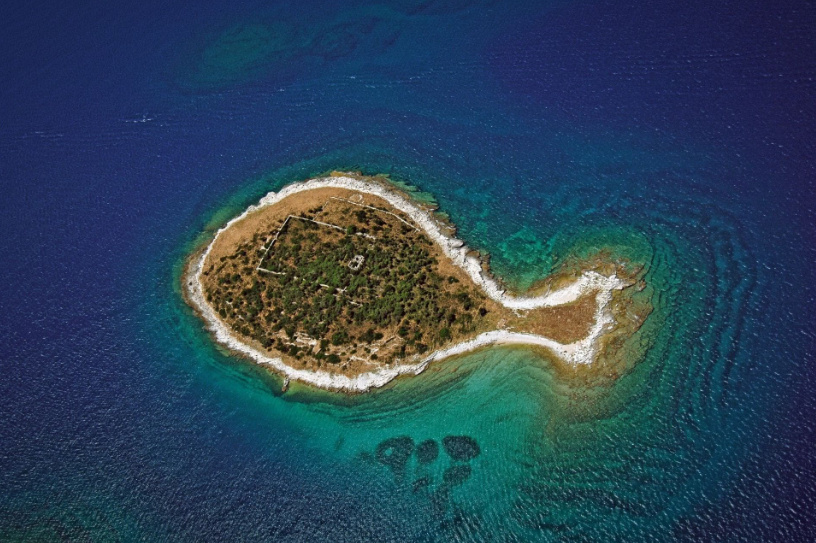 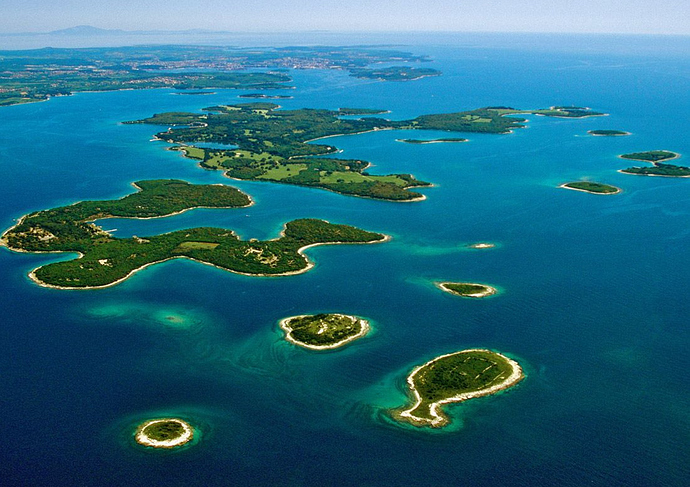 Galešnjak Island (the Love Island)
Located in the Pašman channel, in the vicinity of Zadar. First recorded by Napoleon’s cartographer in the early 19th century, it is uninhabited, privately-owned island. 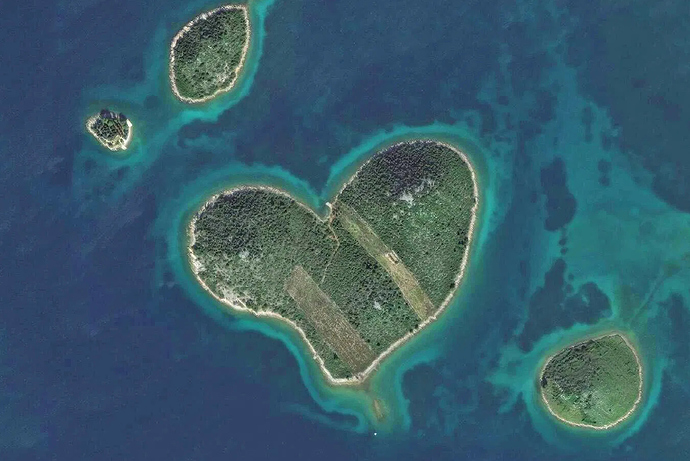 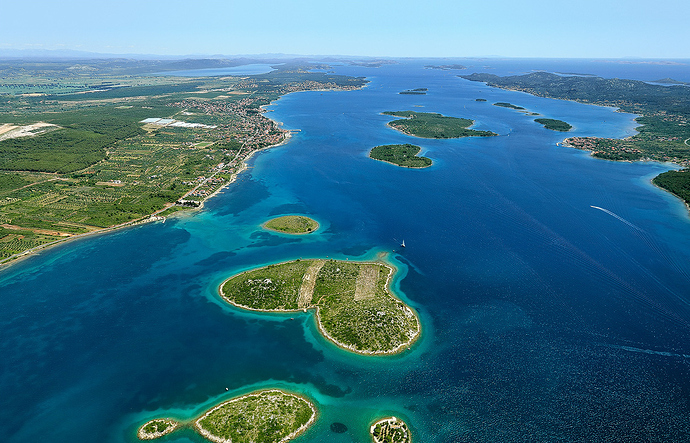 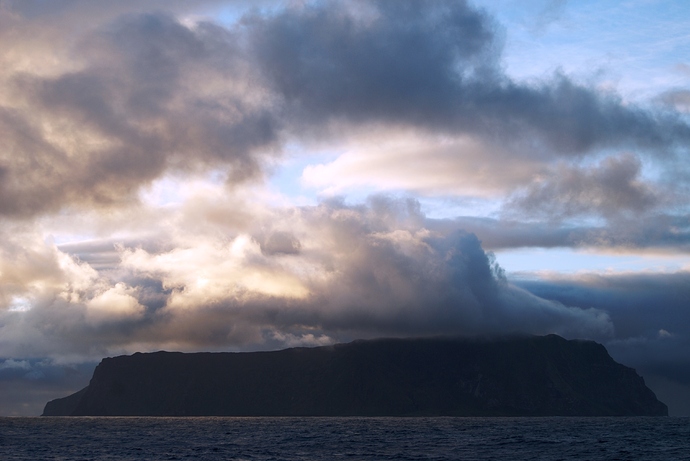 I love these, thanks for sharing this great ensemble of islands !!

Maybe I’m crazy, but my favorite islands (though not in the least tropical) are in the Susquehanna River between Lancaster and York Counties, PA, USA. Three Mile Island is the most famous one, for the nuclear accident which occurred in late March of 1979 and almost created a meltdown which would have been catastrophic. (My son’s Boy Scout leader, an operator at the plant, confided how close it actually came during a long ride to the Appalachian Trail for a hike as at sat beside him in the front.)

Next to the west of TMI are Shelley and Bashore Islands. Shelley Island is large, close to 4 miles long, and Bashore was part of Shelley until the water cut a channel that separated the little Bashore into its own small island. Both are inhabited from Spring till Fall, although the power company owning most of the islands revoked all the leases and made e everyone remove their cottages and mobile homes. Many were as nice as homes on shore and the owners are devastated.

Continuing to the west are large Hill Island to the north and tiny Beech Island to the south. Both are also inhabited, but most of Hill is privately owned and features some very nice Summer homes. Hill Island is roughly circular and its coastline can be easily walked in several hours.

From April to nearly Halloween of 2007 I lived first on Shelley Island with my dear friend Barb at her “River Ranch,” a pair of mobile homes installed in parallel with a big opening cut between them, both of them high to avoid most flooding. There was hot water, indoor toilet and tub and a wood-burning stove for heat.

It was a river paradise, albeit with some hard work involved. All of the islands are accessible only by boat, so everything must be brought in and taken out. The dock is about 100 ft. from the 8 steps that go to the door. All of the furniture and appliances had to be brought over from the boat club docks about 10 minutes upriver. And all groceries and supplies had to come the same on a roughly weekly basis and carried up to the house.

But Barb was a cook in a restaurant and would not accept help, even to prep veggies. She made a variety of delicious meals for whomever happened to be there. But she refused to allow freeloaders to come and stay long. Everyone knew to donate food, cash and/or both. One man who tried to take advantage of her hospitality was unceremoniously taken back to shore and asked not to return unless he was prepared to chip in.

There were often parties, live music, big cookouts or potluck dinners to enjoy. Swimming was, of course, a favorite activity and the river is shallow around the islands. It was always fun to walk upriver with a big tube and float back down to the River Ranch.

I moved to Hill Island for part of the Summer and did cooking and cleaning for a very sweet man who was a hopeless drunk. For a while I was getting drunk with him, but I don’t find it enjoyable and soon stopped. Back to Barb’s until literally a few days before Halloween, when I had to be part of the color guard for the parade. It had been getting colder anyway, so Barb closed up the house for the Winter and moved back to her apartment.

All in all, it was the second best Summer of my life and I even got to celebrate my birthday out there. I don’t own a boat, but the people who do love to drive them all over. It’s even possible to go to York County by boat, tie it up and walk across the railroad tracks and a road to the bar, very popular when the Summer heat became unbearable even in the shade. There is such a thing as Boating While Intoxicated and the fish police aren’t afraid to check for that and for proper safety equipment and registration. A good thing, as a few people have been killed in BWI boat crashes. But we had so much good clean fun and behaved like the adults we are. Priceless!!

There’s a book called The Pocket Atlas of Remote Islands that is a delightful read. It mentions a whole host of inhospitable, remote or dangerous islands with history and quirky facts. It’s sort of the anti-travel guide.

You can find it on Amazon: https://amzn.to/2NnQ3wg

One of my favorite destinations, Sint Maarten is a gorgeous island. Though it was devastated by a hurricane in 2017 a good bit of the island has recovered. The mountain in the center offers wonderful views and wildlife like monkeys. The ocean is clear sparkling blue with reefs and sea turtles. 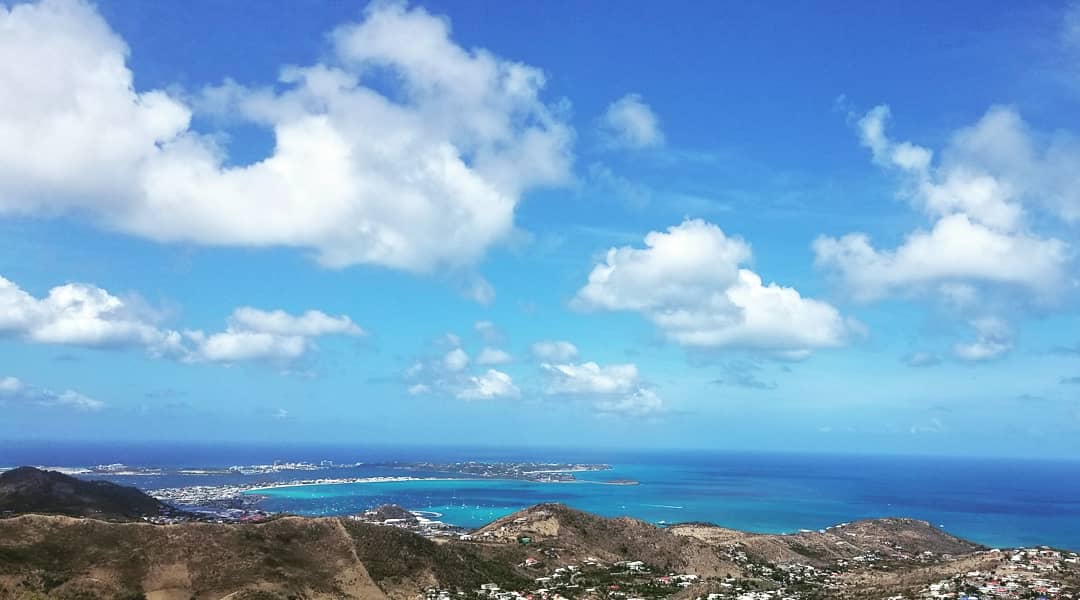 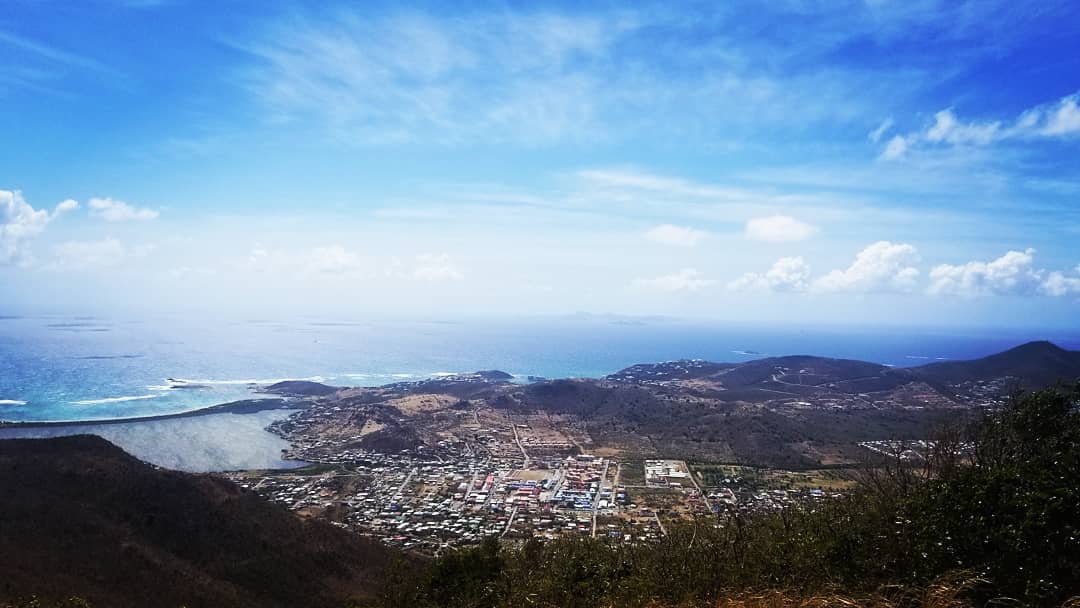 I think my favorite island in Mexico still is Isla Mujeres. I feel like it has avoided the fates of the other Riviera Maya islands, by not becoming as overdeveloped and touristy as Cozumel, or as hipster “ecoboutique”-y as Holbox.

The architecture is unique: 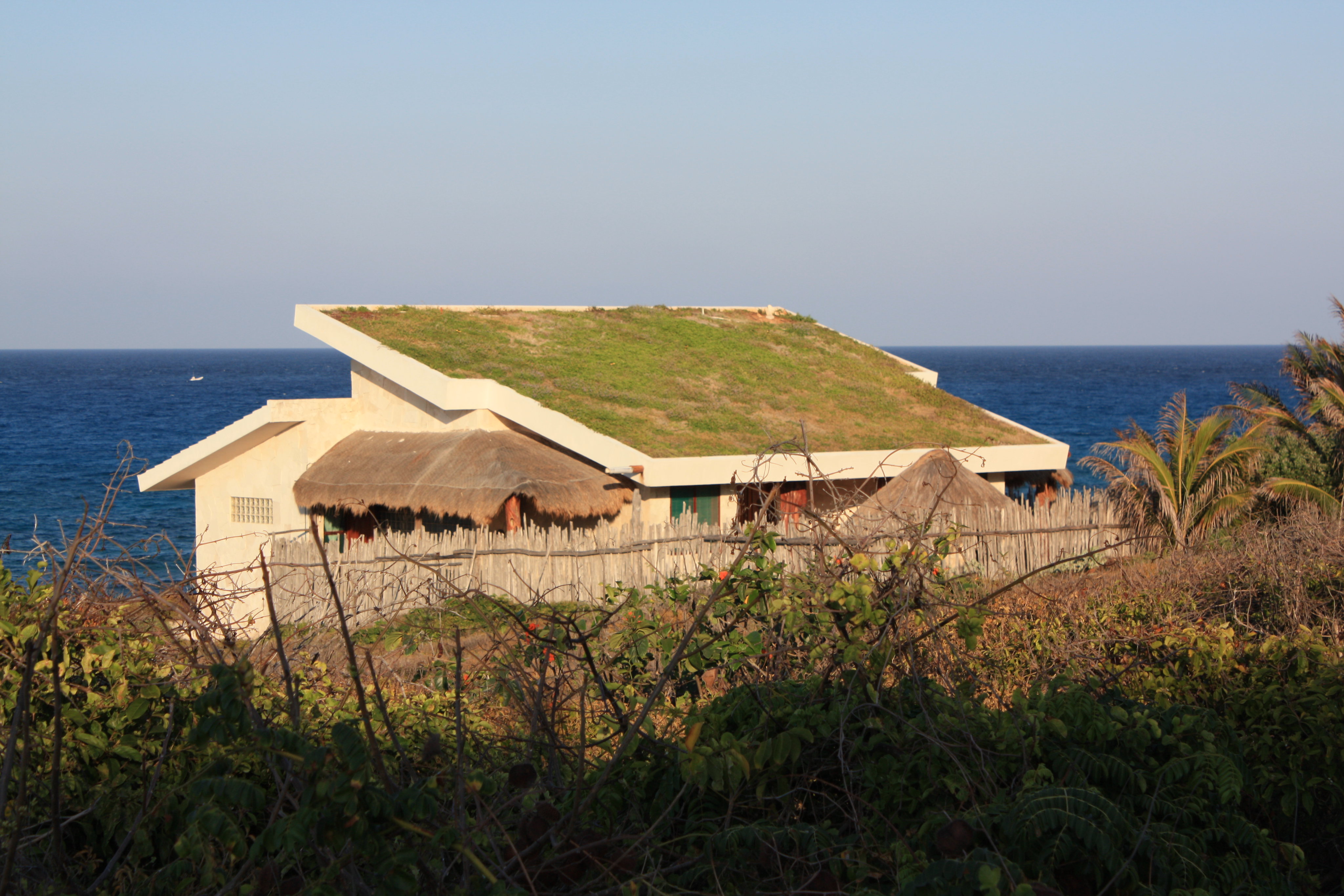 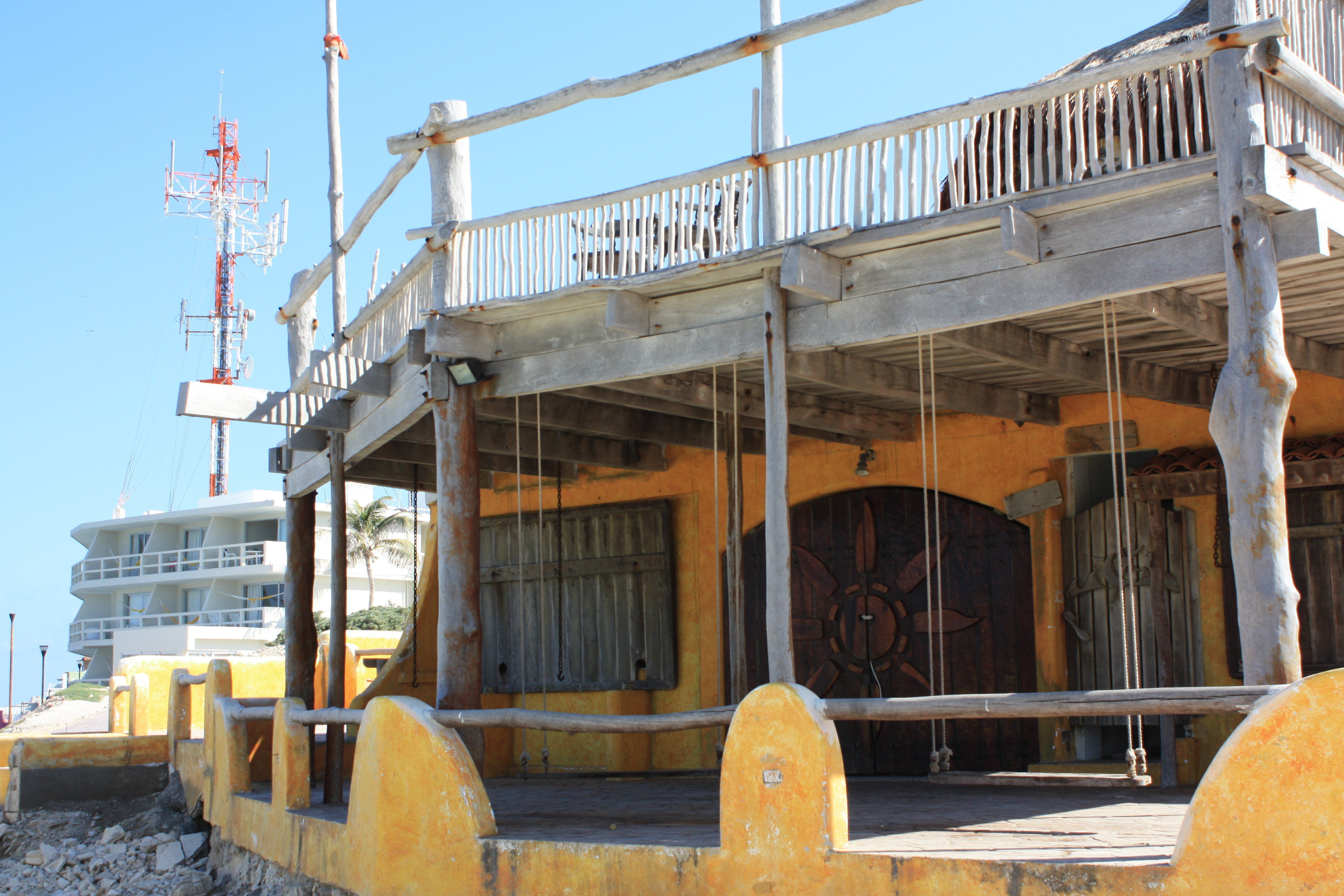 It’s got some real cool views: 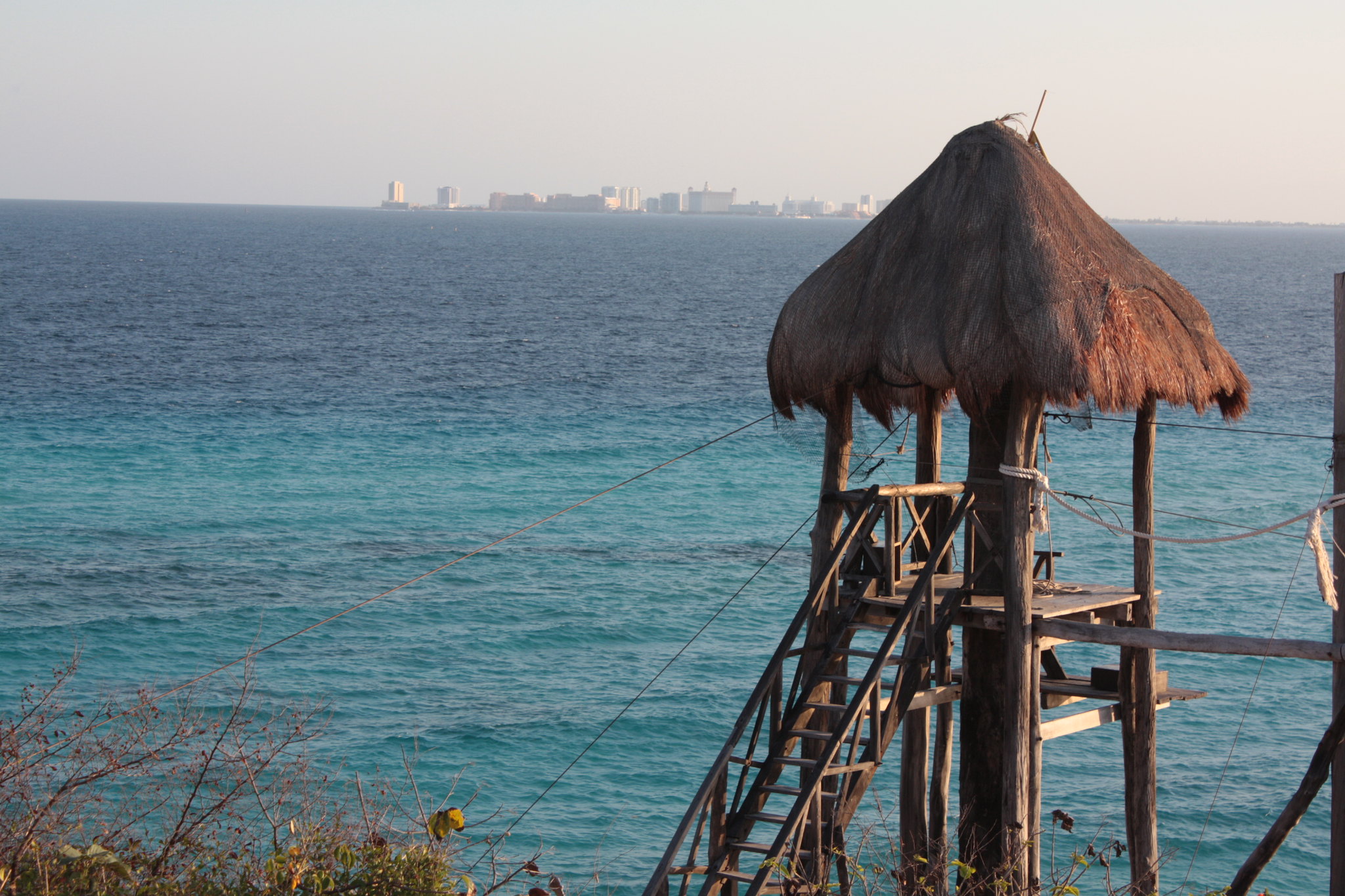 And the sunsets are unrivaled in the Mexican Caribbean: 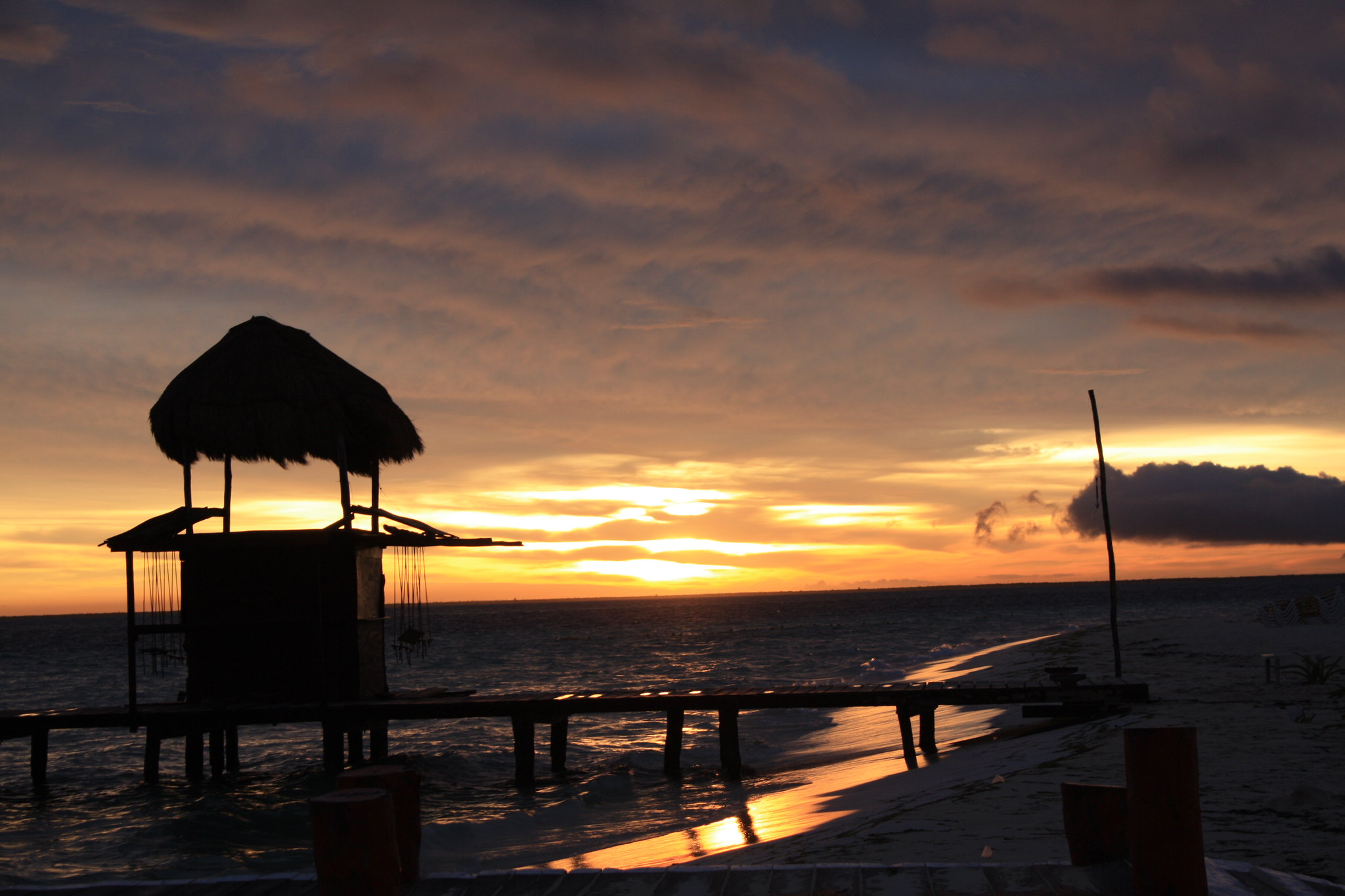 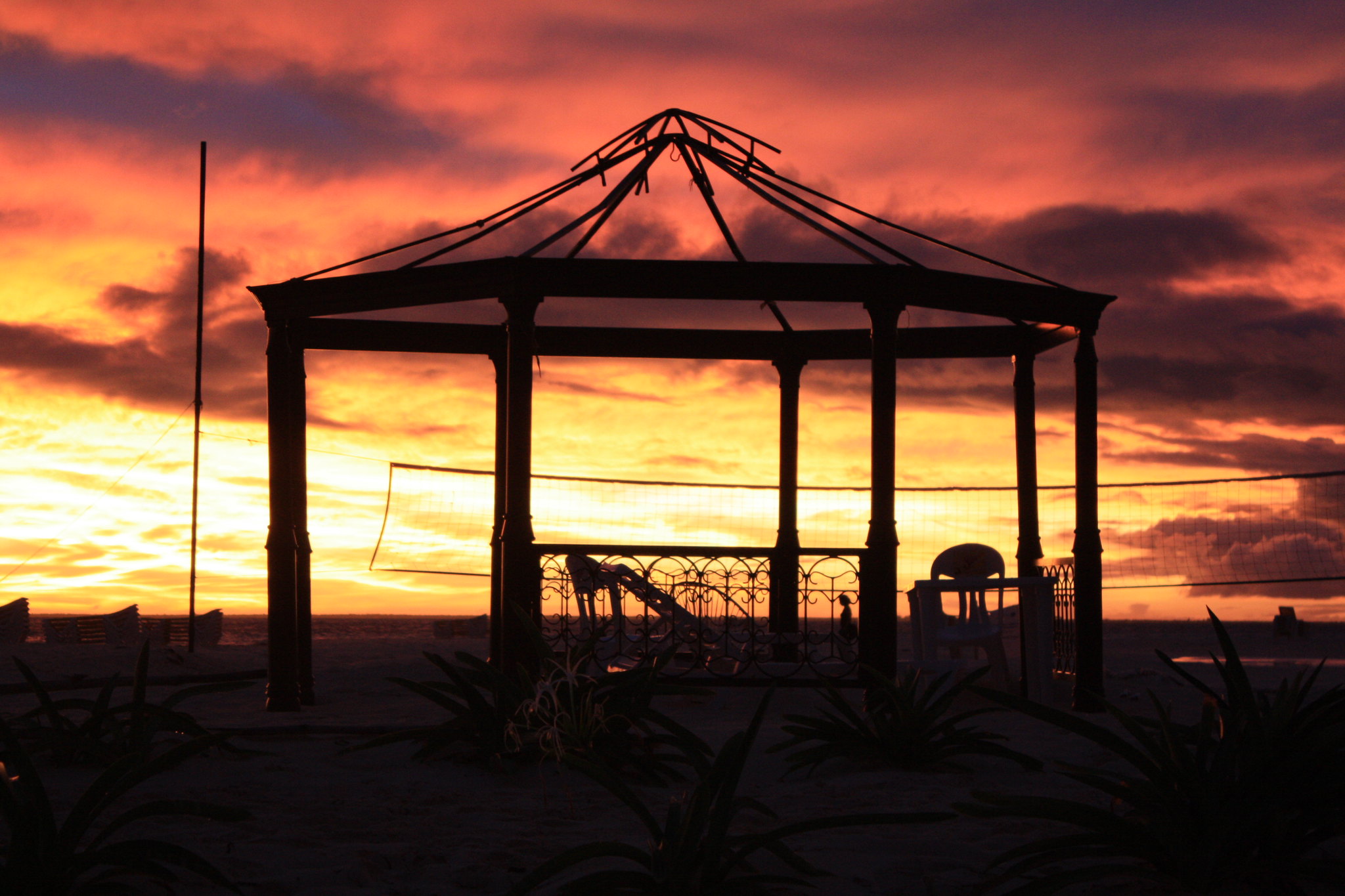