Crying isn’t always sad. Recently, we asked our readers to tell us about the place that they visited that was just so moving that it brought them to tears. We collected some of our favorite submissions into an… emotional article: 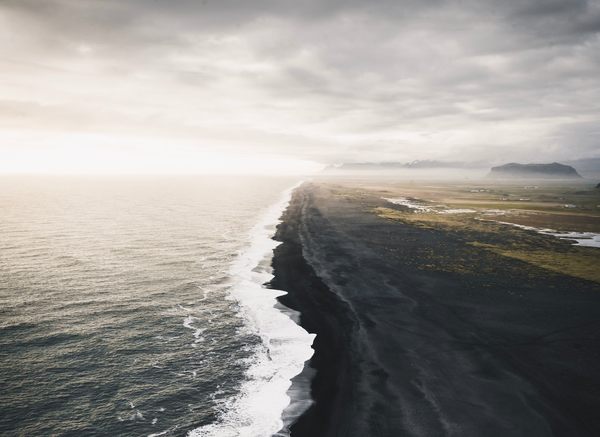 Does anyone have a tissue?

But we want more of your tears! If you’ve ever visited a place that was so beautiful or moving that it made you cry, tell us about the experience and/or share some pics below!

Visiting the Wat Pho temple in Thailand a couple months ago. Something about the craft and design of the space - and the incredible devotion practiced there - the tears just flowed. We need more places like this.

The silence out there was so startling and thrilling. And also pretty amazing considering that this conservation area is about 40-45 minutes from the Strip. Couple that tranquility with Red Rock’s beauty, it was enough to make anyone want to weep, imo.

I havent really shed many tears in travels , but there are a couple of places that stick in my mind as being emotional.

The first was emotional in a sense of absolute happiness , and it was when I saw a Giant anteater in the wild at Serra Da Canastra just lumbering through the long grass sniffing the air with its strange looking snout. I was researching for my dissertation on human wildlife conflict with the species in Brazil (Currently writing it )so it was a very beautiful moment.

Another moment like that was when I play wrestled and piggybacked an orphaned baby anteater at a rehabilitation centre I was gaining some work experience in , it stuck its tongue down my ear which was probably the weirdest experience I have had with an animal and it made me laugh until I cried , it was just hilarious. I’ve already mentioned the maned wolf encounter on another forum subject so , yeah that was another.

Another encounter like that was also in Brazil when me and my girlfriend fed several seven coloured tanager bird’s and some Saffron toucanettes , both very rare species, at a reserve I will submit as a location on the Atlas.

On a pilgrimage in India to study meditation, I thought the Taj Mahal would be “too much of a tourist thing”, but went along with some friends who insisted, and the sight of the real thing stopped me in my tracks. The thing is, the real thing, seen in person, almost doesn’t seem real, that such overwhelming beauty really exists here, and hasn’t dropped in from some other realm. Seeing such beauty on that scale, brought me to tears. On another trip eight years later, it did again. 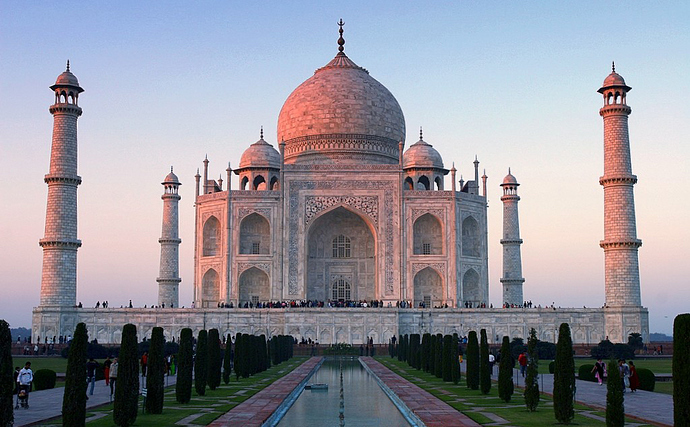 I didn’t have much interest in aviation history, but went along with my family to the Wright Brothers Memorial in Kill Devil Hills, North Carolina. The Park Ranger who gave the presentation while we were there was a great storyteller. I think his “death of impossibility” speech made everyone’s eyes water a bit. 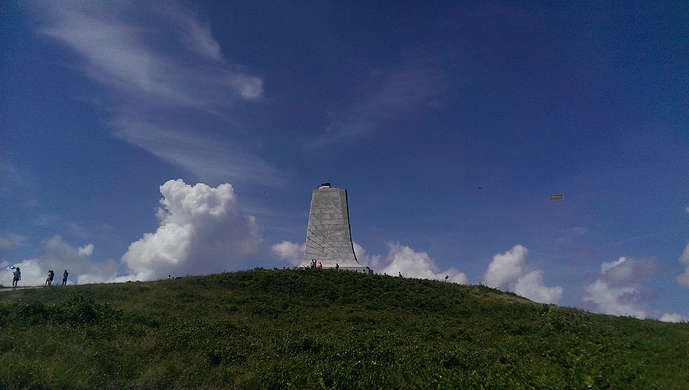 In my case, there was sadness behind the tears. When I was in Prague’s Jewish Quarter, I visited Pinkas Synagogue, which used to be a functioning place of worship, but is now a haunting memorial to the Czechoslovakian Jews who perished during the Holocaust.

On the first level, the synagogue is largely empty, but the names, birthdays, and last known dates of life of each and every Czechoslovak victim of the Holocaust is inscribed on the walls. Visually, it’s overwhelming. There is also a recorded loop of each name being read aloud that plays from speakers throughout the building.

On the second level, however, there are preserved artworks from the children who lived in Terezin, which was a holding camp on the way to Auschwitz.

This was my first time visiting a museum or memorial of this nature, and it was deeply impactful. I still can’t talk about it without tearing up.

It’s true. Nothing prepares you for it. What you are not prepared for is how sublimely peaceful it is. A grassy bluff looking down on a wide flat expanse of beach, water gently making its way up the sand. It seems to go on indefinitely on either side. In November, the wind off the water chills your nose and fingers and ruddies your cheeks. On the horizon, the gray clouds blur into the dark water. This is Omaha Beach.

An empty German pillbox stands to my right, surveilling the beach. Day after day of drizzle and rolling waves only. I can imagine how achingly boring it must have been for German soldiers manning these defenses. I look out the small openings in the walls and try to imagine nothing but boats on the horizon — those boats bringing wave after wave of allied soldiers. I can’t. Looking down on that tranquil stretch of sand. I can’t imagine it. This peaceful scene simply cannot be the same place thousands of men died

Down on the beach now, I turn from the water’s edge to look back up at the tall bluffs. You can just make out the pillboxes. It’s not that I can’t imagine landing on this beach and seeing that bluff, bullets raining down on you, the smoke and din of battle. I can’t imagine moving forward. How did they do it? Seeing the Germans on the hill picking off the men around them. Dodging bodies floating in the red water. Dodging bodies covering the beach. And still going forward.

It’s something half-remembered from a movie. Or I’ve read the map incorrectly and we are in the wrong spot. Because this simply can’t be Omaha Beach. I’ve seen the pictures, watched the documentaries, and listened to my grandfather tell of that day.

Now in the American Cemetery at Colleville-sur-Mer, I again look down on the quiet open shore. Not here. Nothing so horrific could happen here. Behind me, rows upon rows of crisp white crosses whisper, “it happened here.”

It didn’t bring a tear to my eye , but I remember very clearly feeling a sense of sadness , disgust and hatred when I visited with my family the concentration camp museum of Natzweiller-struthof in Alsace. I’ll always remember it, I think I must have been about 14 years old during the visit it was incredibly moving and still haunts me today .

It was a place imbued/ saturated with this incredibly sinister and evil aura and the weather that day was cold and rainy which I’m sure just enhanced that feeling. This camp was a place where French resistance fighters, partisans , spies and captured British commandos were brought to be worked slowly to death or immiediately executed and there were firing squads , a gallows , a gas chamber and an incinerator on standby 24 hours a day for that purpose. I dont think it was ever primarily utilized like Auchwitz or Belsen for the Holocaust but if I remember correctly there were Jewish prisoners brought there for the express purpose of being subject to horrific experiments and execution to build a skull collection for some Nazi academic who wanted one for his anthropology institute.

Natzweiler is a visceral assault on the senses. You are confronted with vicious barbed wire and fence after fence , guard towers that would have been manned by machine gunners , a gallows where prisoners would have been hung to death and bleak little buildings where prisoners would have been crammed at night and starved and froze to death. But the thing that I remember more than anything else was the gas chamber , morgue , experimentation labs and the incinerator where bodies would have been burned. Just the whole place made me feel dizzy and physically sick , a tiled , clinical hell that stank of some kind of disinfectant and cinders even after all these decades since the atrocities were committed there. I remember seeing some old shoes of executed prisoner just piled up by the gas chamber and a rusty scalpel on the tiled “experimentation” lab.

When I think about it, that visit certainly contributed at an early age to my enduring and burning hatred of mindless group-think conformity and cowardly vicious little Eichmanns in positions of power (and there are many of those out there let me tell you). It is absolutely crystal clear to me how easy it is on a macro and organizational cultural level for society, without the integrity of individuals who resist, to daydreamingly stumble into that hideous state of being that Hannah Arendt described as “the banality of evil”. I think Natzweiler is just the ultimate expression of that evil but I know that it ultimately continues to lurk in the human condition on a microlevel.

Other places I’ve visited where I remember I felt similar feelings (albeit not quite as viscerally as Natzweiler) were at the Dublin gaol where the Black and tans tortured and executed Irish Republicans , the WW1 trenches and museums in Belgium , the Afro-Brazil museum slavery exhibition and many of the Prehispanic archeological sites where the Conquistadors destroyed both civilizations and thousands of human lives , the Civil war exhibit in the Reina Sofia Museum in Madrid and of course the bunkers of the Sierra de Guadarrama.