Within Sleeping Bear Dunes National Park is a small lake which was named Round Lk until the Park renamed it Loon Lk in 1970. As a child,I was warned to stay out of it because it was home to an aquatic beastie that overturns small boats and drowns the occupants. In fact, our neighbor’s boat met that fate, around 1954, but they were saved by wearing inner tubes(the old version of a PFD). The “7 ft Muskie” dates back toa Native legend, “Misshe Bijou”. About 1960, a 6 ft sturgeon was caught, ending the story. Tourists swim and party there now, but locals still experience a spooky feeling at Loon Lake.

In New Zealand we have many Taniwha (Pronounced Tanifa)
They are beings that live in deep pools in rivers, dark caves, or in the sea, especially in places with dangerous currents or deceptive breakers (giant waves). They may be considered highly respected Kaitiaki (protective guardians) of people and places, or in some places as dangerous, predatory beings. They often have a row of spines along their back. Many Pacific peoples from around the South Pacific also have Taniwha. I have never seen one but they are taken very seriously here. Even the government takes it seriously. If they are building a new road and a known Taniwha is present they will build around it.
Aren’t we humans interesting

Whilst driving east on highway 80 through the Battle Mountain area, my driving companions and I were startled one evening by the sudden emergence of a pterosaur from the median separating the highway. The thing barely missed our windshield, as it frantically flapped it’s wings – the body was about the size of a cow, and the entire thing was in plain sight to all in our vehicle. We reached Battle Mountain, and stopped in a motel in a bit of a panic whereupon the proprietor informed us there had been other similar sightings, most notably being the following: https://www.livingpterosaurs.com/blog/wp-content/uploads/2017/02/Civil-War-pterosaur-photograph-verified.jpg

We have had an open mind about cryptids ever since…

Not extremely local, but in Australia of course we have Drop Bears; even our national museum is in on it: https://australianmuseum.net.au/learn/animals/mammals/drop-bear/

But as a child, the one I heard most about was called a Bunyip: Bunyip - Wikipedia

The Bunyip is a First Peoples legend, a creature who generally lives around waterholes and billabongs. Traditionally, they are scary creatures, often translated as “evil spirit”, but there are also stories of friendly bunyips, and almost all kids who grew up here are familiar with the children’s book Alexander Bunyip. There are some theories that it may be based on one of the many megafauna that populated Australia for thousands of years, but it is also likely that it is completely fictional, and related to the many well known Dreamtime stories of our First Peoples that explain the world and its wonders.

Side note, have you ever read about the blue people? A long way from Hoptown but they actually existed due to some genetic oopsie. Blue Fugates - Wikipedia

Even though I had grown up in Maryland (Baltimore County), I first learned of the legend of the Snallygaster just a few years ago as its latest incarnation as a DC beer jamboree of the same name. A snallygaster is dragon-like beast that was known to inhabit Central Maryland and the Middletown area of Frederick County out on the MD panhandle.

It would fly around, quietly snatch people and was also reputed to use its sharp teeth to suck the blood of its victims. Seven pointed stars – still seen on barns to this day – were thought to keep the beast at bay.

There are local newspaper articles about it in 1909, which were later revealed to be a hoax used to drum up subscriptions for the publishing newspaper. The snallygaster even makes an appearance in Fallout 76.

The Wikipedia article contains much fascinating detail should you wish to learn more. There is some apocryphal evidence that says it was used as a deterrent to scare slaves who were considering running away.

The New Zealand cryptid scene is a bit different, in that one of our most famous sightings is of an extinct bird - the Moa. This bird was one of the ratite family, a flightless bird that depending on the species ranges in size from the size of a Kiwi, to about 2m or more tall - they look something like an emu. They became extinct between the 1400-1800s as a result of hunting and things.
But there are some people who believe that they are still around today in the more remote areas of the country - such as Fiordland and the Urawera hills.
Most famously, Paddy Freany believed he saw a 6 foot tall moa in Arthur’s Pass, Alice McKenzie, who thought she interacted with one in Westland and Rex and Heather Gilroy who have found footprints in the Urawera hills.

It is possible that a few of these birds have survived, after all, we thought that the Takahe had gone extinct, but then we found a small population in Southland!

This article outlines what is currently known.

Grew up partly in Mexico city and have heard about lots of different cryptids living there but I never heard of La Loba in the DF area itself ( by the way I’m not doubting what you are saying at all , just stating my experience), which delegation do you live in ?

But I have a faint memory of having heard something similar about it in Jalisco state and in the Guadalajara city area.

I dont know what you think about this , and would like to know your opinion , but personally I think a lot of Mexican ( and on a wider level in Latin America) cryptids have their roots/origins in many Pre-Hispanic beliefs regarding the afterlife and the natural world that somehow survived the conquest and remain as dormant or active elements of local folklore.

But there are definitely also more than a few entities which definitely have their roots in Spanish /Iberian culture too.

I recently went to this fascinating exhibition in London which if I remember it correctly had cultural representations of the Kaitiaki.

I love the wooden religious carvings of the polynesian peoples they have this singular power of expression and energy. Its no wonder at all that they inspired the art of Picasso and Modigliani etc. who then re-energised Western modern Art. 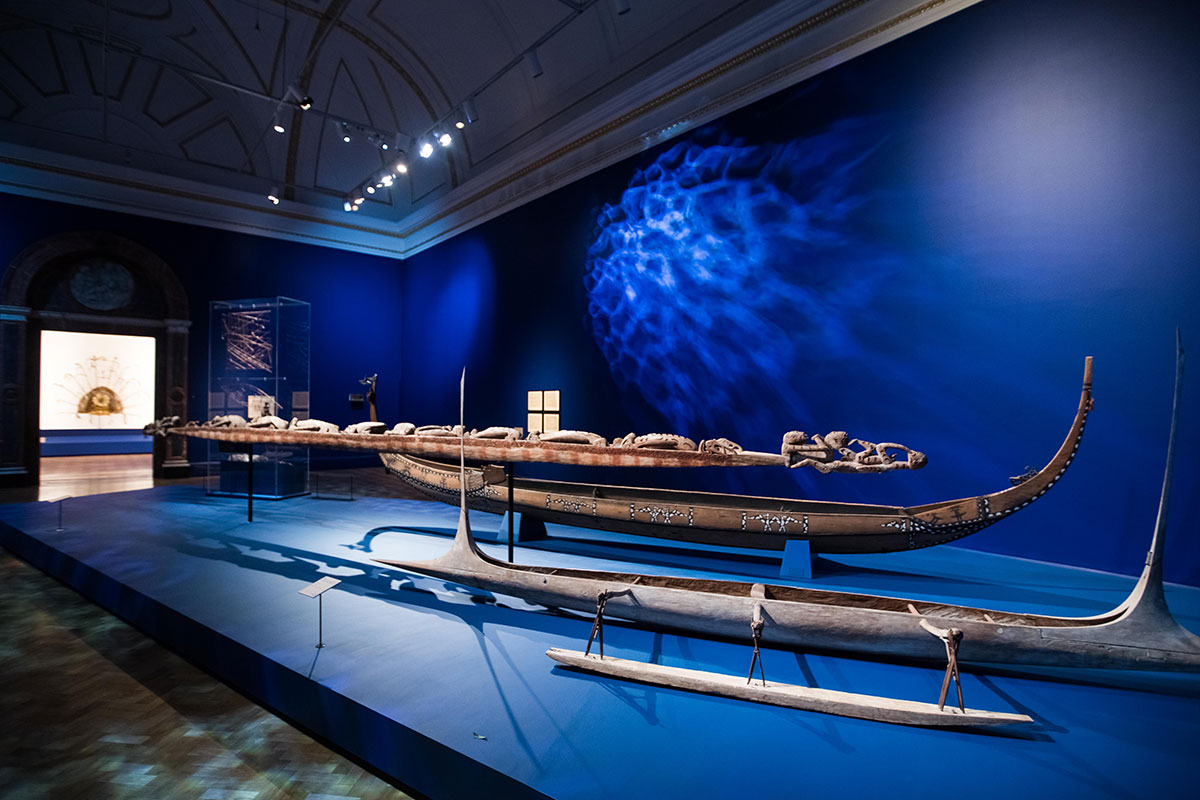 Marking 250 years since Cook’s first voyage to the Pacific, we celebrate the dazzling and diverse art of the region of Oceania, from the historic to the contemporary.

Let’s not forget about the legendary ‘‘Chupacabras’’ or Goat-Sucker. 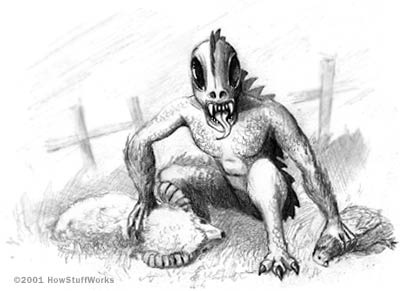 The legend originated here in Puerto Rico back in March of 1995 when the carcasses of various small animals such as goats and chickens were discovered. The strange thing was that they were uneaten, but drained of blood. There isn’t any evidence of its existence and its description varies, but the general consensus is that is a small creature with red eyes and spines on its back. Following the initial report, other sightings surfaced from Latin America, Mexico and even the United States through the years.

I had a personal experience with the legend: I was a Cub Scout in 1995, and for the first time that summer I went on a camping trip alone for a whole week in Guajataca (as in being away from my family). Of course, you can’t call it a camping trip without spooky stories. Since the ‘‘Chupacabras’’ was a relatively new subject, people claimed seeing it on the camp site. That’s when my nine year old self learned about the legend for the first time and must admit it frightened me, my fellow campers did not helped.

I also remembered it cause it was the plot device for an episode of Jackie Chan Adventures, except it took place in Mexico.

A little tidbit I found here: Characteristics and Origins of El Chupacabra | HowStuffWorks

Ha, Jackie Chan Adventures! There’s also that episode of The X-Files that gets into the Chupacabra, which I’m pretty sure is where I learned about them.

People also believe in the infamous Chupacabra in Brazil , in Sorocaba there was belief by farmers they were killing pigs and goats.

HA! I’ve heard that one too I spent a lot of time in the 757. Can we all agree that these Loch Ness monSTARS are just Plesiosaurs that survived or evolved ??

Also, when I was little I went on a hike at Beacon Rock in Skamania county, Washington. We saw a small hairy thing playing on the trail ahead of us. My mom went to go get closer, and a much larger thing came out of nowhere and gave chase. My older sister grabbed me and ran, my mom soon behind. (I was very little). We think it was a bear and cub, but my mom swears it was a Bigfoot with a toddler. Btw in Skamania county its a felony to kill a bigfoot.
bigfoot ordinance. haha

Twisting its legs as it turned, that’s such creepy goodness. Can’t think of anything more cryptid than a small ape-like creature dragging a pipe

In France we had the ‘Bête du Gévaudan’, the Gevaudan’s beast.
Half real, half myth, we are not sure yet of what it was, but Learning this story at school in history class got me a bit frightened.
A movie was partly based on the beast, the Wolf’s Brotherhood. 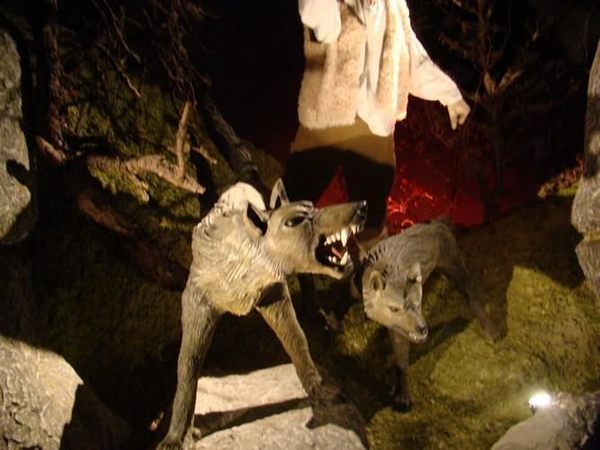 Museum of the Beast of Gevaudan

A museum to the ravenous beast that prowled 18th century France.

Iztapalapa. This story has long been buried or forgotten, but during the 80s it was strong, at least around Las Minas (the construction material excavations).

This is probably my favourite cryptid of all time and the story absolutely fascinates me probably more than any other.

I’ve actually got a book on this on my kindle that I have been meaning to get round to reading.

Monsters of the Gévaudan: The Making of a Beast

I guess the general consensus is that the beast or beasts were real , they did kill a hell of a lot of people However, “it /they” were European grey wolves, maybe wolf-dog hybrids, not hyenas , werewolves , vampires or any other of the weird theories that have come up over the years.

A barrio bravo for sure , and lots of occult beliefs / prehispanic history in the area.

Currently reading this book on witchcraft and found a few references that sound similar, will include some photos. 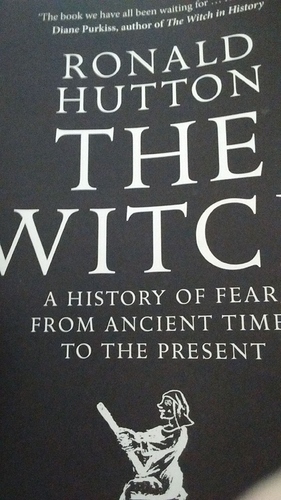 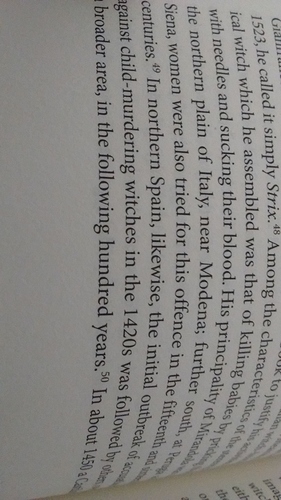 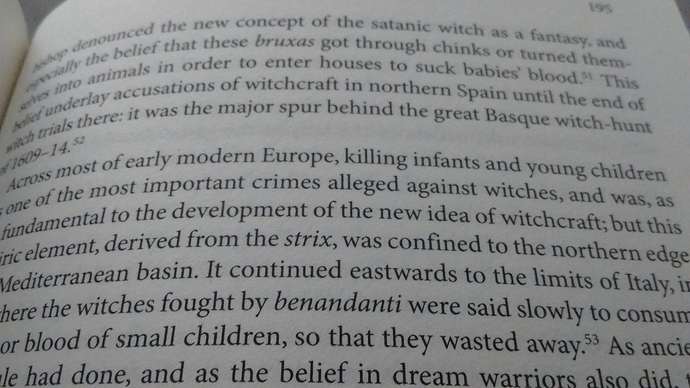 Then this which is much more directly relevant , I think 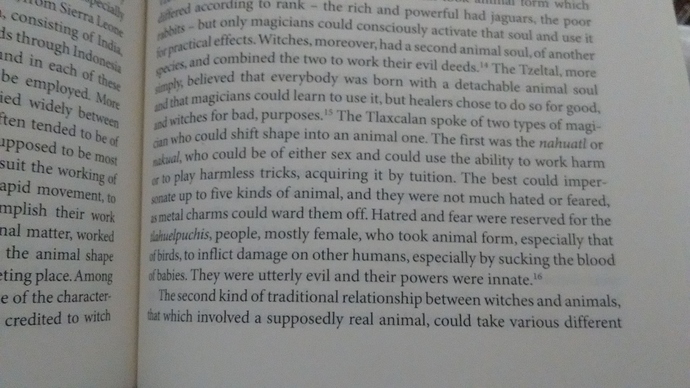 There’s a mysterious photograph of our local cryptid from a newspaper in the 1970s. And yet, despite the clarity of the picture, I have never found any explanation for what this thing really is. It’s simply known as “The Great Worm of Maindy” 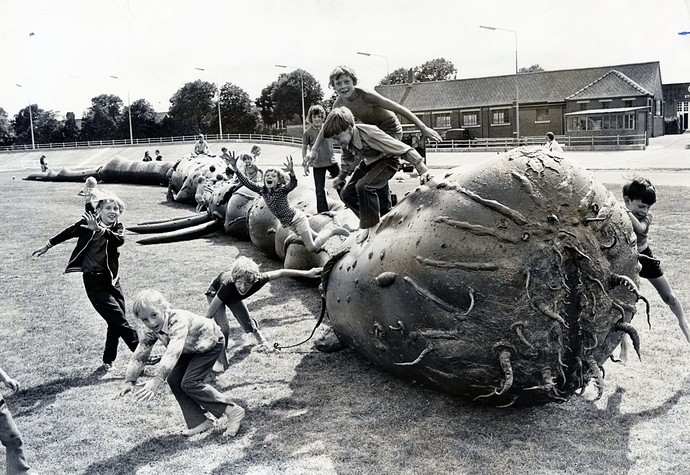