"The Definitive Guide to the World’s Hidden Blunders" Discussion Thread

The statue “The Expanding Universe” by Beniamino Bufano in Timber Cove, California (the largest totem on the west coast sitting in the second smallest state park in California) presented an engineering problem due to its location, height, and the weight of the top section, a face with a hand above it. So for 5 years the top sat next to the statue, until someone finally paid for a large crane to wind its way up the coast highway and install the 6000 pound finial… facing the wrong way. When the artist saw it later he simply went up all 93 feet and drew a face on the other side. 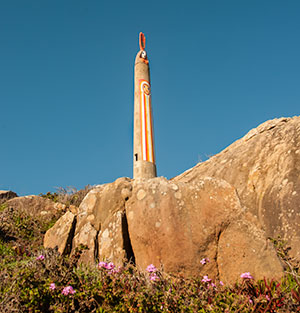 At the Avenue of the Animals in Beijing’s Ming Tombs, the elephants’ knees bend the wrong way. That’s because the sculptor never saw a real elephant.

Monument to Vladimir Ilyich Lenin in Petrozavodsk, Russia has an bareheaded Lenin. The community decided it needed the iconic cap on his head, had a new head made, took off the old oneand installed the new. They then noticed that his original cap was in his hand. 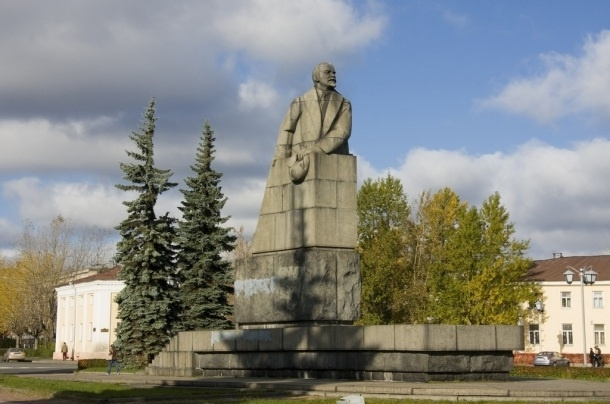 All your mistakes are in the northern hemisphere! Here is one of my favorite South America mistakes - from Peru: A monumental mistake in peerless Peru - Mail Online - TravelMail blog
I’ve seen the statue in question - it’s still there!

Pioche Nevada was designated the county seat in 1871 and courthouse plans were initiated. The county contracted to build the courthouse at a cost of $26,400. In order to raise the needed money, $25,000 worth of bonds were sold at a discounted rate of $20,000. By the time it was completed a year later, costs had escalated to more than $88,0000 because of alterations, cost overruns, mismanagement and kickbacks. To finance payment the courthouse, the Board of Commissioners issued certificates of indebtedness at a high rate of interest, and by the 1880’s the debt had risen to $181,000. By the end of the century it exceeded more than $670,000. The final payment was made in 1937; four years after the building had been condemned. The total cost of the Lincoln County Courthouse was nearly $1,000,000.

If “can’t be seen by passers-by” is a criteria, then I nominate my entire downtown. Shawano used to have a reputation as “Signtown” becuase of all the pole signs (the kind thst stick out perpendicular to the building) we had downtown. So the council passed a bunch of ordiances restricting size and type of signage on downtown buildings and encouraging awnings–the result being: you have to be on the other side of the street so see what business is in a given building! I thinkpassing motorists mistake our commercial district for a high-density residential district!

How about the world’s steepest tunnel, Ofredalstunnelen in Norway? They started building it from two ends and had already built half of it, when they realized they were about 40 meters off—tunnel had to have a 16% climb built inside to reach the other end…!
Most information online is in English, there are a couple of YouTube-videos in English I haven’t watched, but here is the Wikipedia page nonetheless.

My favorite grammatical blooper, on the campus of my alma mater. (The inscription was revised, but you can still see the original … )

A century ago, when the Latin and Greek classics still were closely associated with a college education, the graduating Class of MDCCCCX at the University of California at Berkeley decided that its graduation gift to the university would be provided with a suitably dignified Latin inscription, memorializing its own benefaction and that of Phoebe Apperson Hearst, a member of the Board of Regents of the university and incidentally also mother of William Randolph Hearst.

The gift was a big arch by a little bridge over a little brook, Strawberry Creek, that runs from the Berkeley hills through the campus toward the bay. They asked Professor William Merrill, a distinguished scholar who is said to have read almost everything extant in classical Latin, to provide the inscription. It reads:

For the benefit of classmates who took the Bachelor of Letters degree instead of the Bachelor of Arts and thus were not schooled in Latin, this translates approximately as:

The student class which in the year 1910 went forth has given as a gift this bridge so that its memory will not perish among posterity. Phoebe Apperson Hearst assisted with the expense.

And so those Latin letters were duly inscribed on the arch, beginning with “hanc pontem,” meaning “this bridge.”

That would be the end of the story, except for a grammatical anomaly. As we all know, “hanc” is the accusative singular of the determiner translated as “this.” The accusative case indicates that along with “pontem,” it’s the object of the verb “dedit.” And “hanc” also indicates that “pontem,” the noun “hanc” modifies, belongs to the feminine gender.

As it turns out, even a novice in the study of Latin can learn from her or his dictionary that “pons” and its various inflections, including “pontem,” is a masculine noun. So instead of the feminine “hanc,” it should be the masculine “hunc pontem.”

And once the arch was up, it didn’t take long for someone to notice. According to Professor Joseph Fontenrose in his memoir Classics at Berkeley: The First Century 1869-1970 , “At once his error was pointed out, and someone said that this was the only feminine bridge in the world.”

But what could anyone do? The word was set in stone. And Professor Merrill did what any great scholar would do: He defended his choice. After all, he had read almost everything of classical Latin. Fontenrose continues:

“Merrill defended the gender as written, having found feminine pons in some late ancient or early medieval writings (perhaps in Hisperica Famina , which has female bridges).”

The problem eventually came to the attention of Benjamin Ide Wheeler, president of the university from 1899 to 1919 and himself a professor of Latin and Greek. Finally he could stand the embarrassment no longer. According to Fontenrose, “As the last act of his administration (so I have heard) Benjamin Ide Wheeler had the A of HANC changed to V. The repair is still visible.”

(In classical Latin there is no distinction between U and V, and V is used for inscriptions. It’s easier to chisel.)

And the moral of this story? Errare humanum est . Or better yet that famous line of Virgil, Forsan et haec olim meminisse iuvabit. For those of you with B.L.’s who don’t quite understand the Latin, it translates something like this: “Perhaps even this, one day, it will be pleasant to remember.”

N.B. This is from the Chronicle of Higher Education.

The Australian Reserve Bank printed 46 million (yep, that’s not an error) $50 bank notes last year with a spelling error not once but 3 times in microprint on the notes. The typo ‘responsibilty’ appears on the notes 3 times. Incredible? Yep. What’s more incredible is the the RB aren’t even that beat up about it (very Aussie attitude - I can say that, I’m Australian): 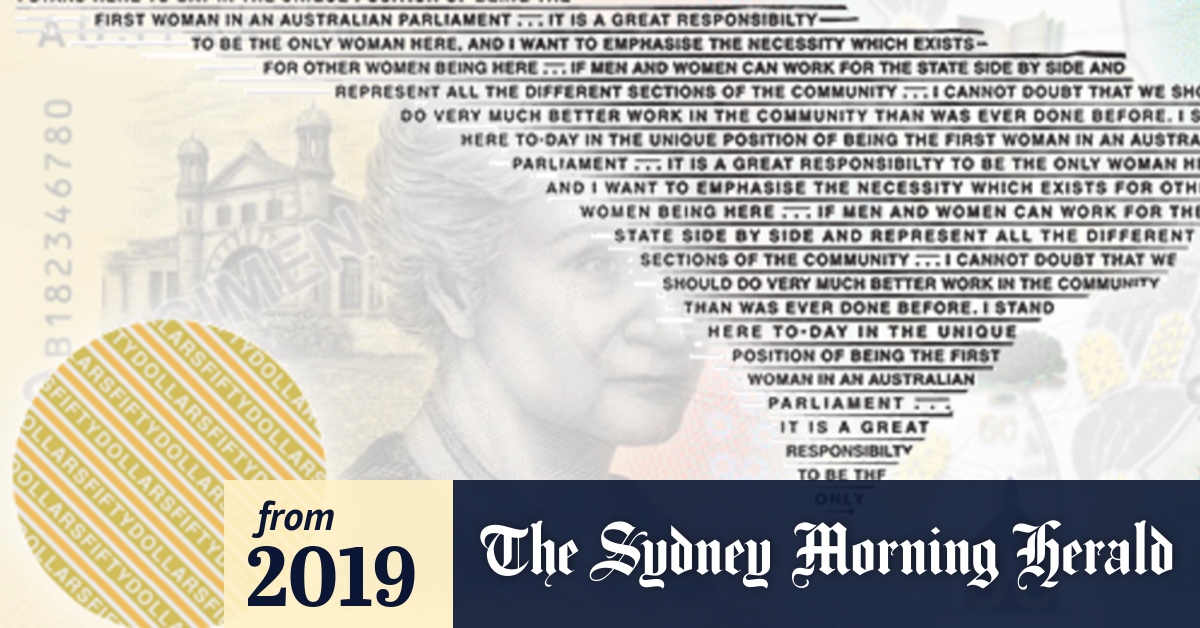 At news they may be responsible for the most printed typo in human history, some at the Reserve Bank were "relatively relaxed". Others were in "a bad way".

The Pyramid of the Sun in Teotihuacán, Mexico, is said to have been messed up during archaeological works and restoration by head archaeologist Leopoldo Batres. It has 5 levels now, but it is said it originally had 4. So, a whole new level apparently was built on it in the 1910s.

Re: MDCCCCX, No idea; that’s how it was in the article I copied.
Re: Pyramid of the Sun, an archeologist of my acquaintance was doing some work at Coronado Historic Site (near Albuquerque) and discovered that “restoration” work on the pueblo in the 1920s actually created walls where there were none before.

The Mexican MXN$100 note printed for the country’s Bicentennial celebrations (200 years since the start of the Independence War, and 100 since the Revolution) in 2010 were supposed to include the well-known motto of the Revolution, “sufragio efectivo, no reelección”.

The Revolution was born out of the 30-year dictatorship of president-for-life Porfirio Díaz, so “effective suffrage, no re-election” is a perfectly understandable motto. What ended up printed on the bills (“sufragio eLectivo, no reelección”), less so. Suffrage is elective by nature.

Since the banknotes were commemorative, I reckon it was less than 46 million of them printed, though. And while it misquotes the original, it is still spelled correctly. So I’d say the Aussie blunder wins this round.

The Bucket Fountain in Wellington, New Zealand. Designed to be an ingenious series of buckets emptying into each other before falling into the fountain below, but instead a chaotic series of erratic mistakes that often winds up soaking onlookers and the ground around the fountain. 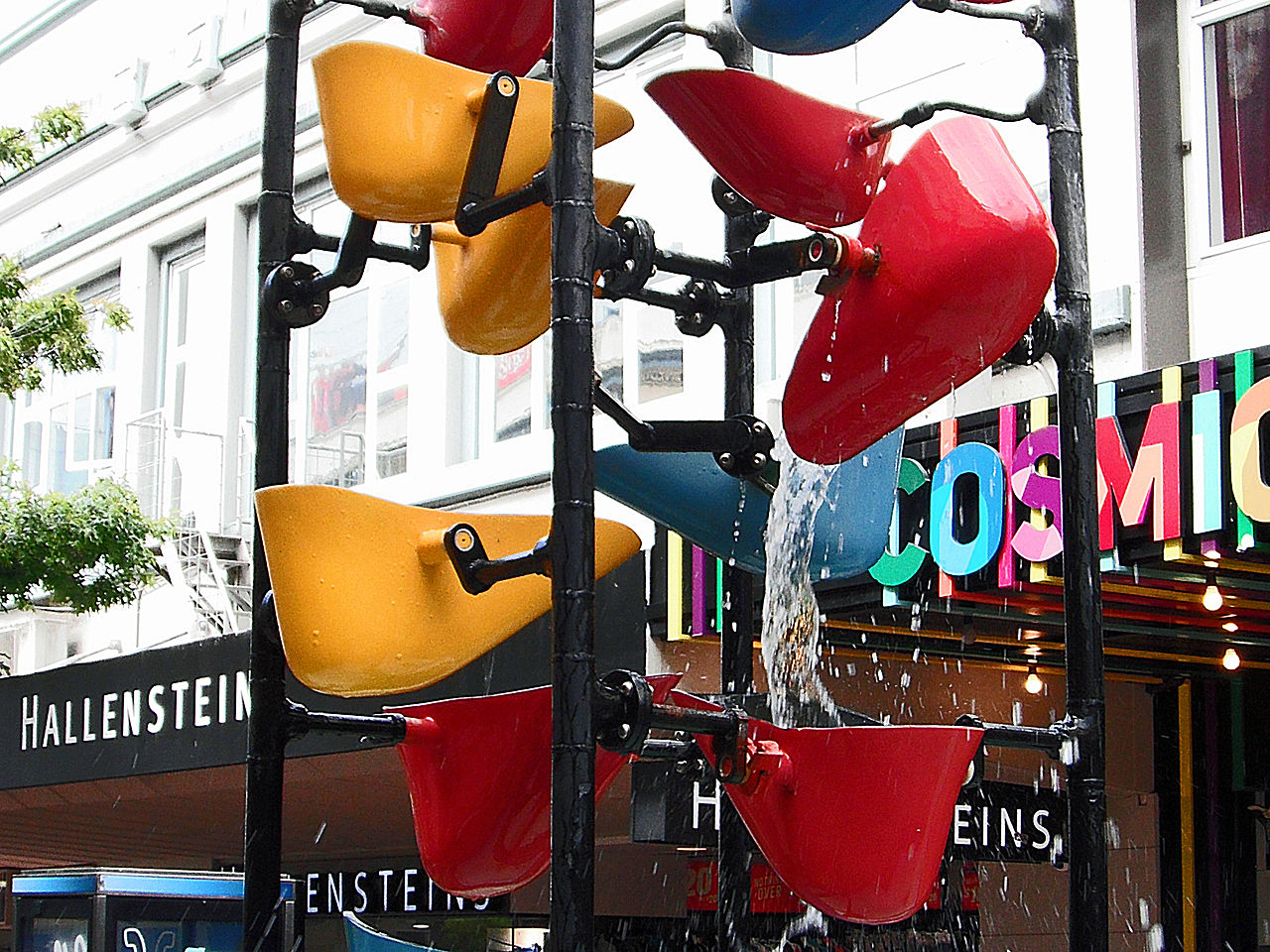 At the Palacio da Bolsa in Porto, Portugal there is a room that is painted to resemble Spain’s Alhambra. Above the door in that room, the decorating team wanted to add something in Arabic a la the Alhambra. However, no one knew how to speak Arabic so what they painted actually makes no sense and no one knows what it says to this day.

In Buffalo, NY a bronze replica of Michelangelo’s David. When it was installed - thinking that they were correcting a typo - the pedestal was inscribed

It was covered with a corrected bronze plaque decades later.

The Harvard Yard has the statue of 3 lies: the date is 1638 (not 1636), Harvard the man was NOT the founder, and the person portrayed is not Harvard but just an undergraduate model

The clockmaker for the Old Dutch Church clocktower in Kingston NY made quite the blunder. He added an additional I to the 12 o’clock position (rendering the noon hour 13 o’clock). The oopsy can still be seen. 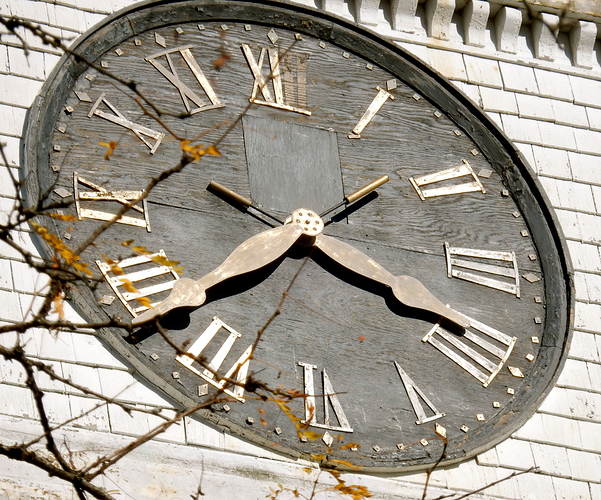