Hey there all!
My friend & I will be travelling to England (London), Scotland (Edinburgh) & Ireland (Dublin) in the Fall this year. We have a limited number of days in each place, but desire a rich experience in each country. And we anticipate taking a day trip from base cities where/when possible.

We’ve both been to Ireland, but are new travelers in England & Scotland. I understand there are sights that everyone “must” see, but we are trying our best to be good travelers, not tourists.

Any & all advice would be most welcome! And thanks in advance for your consideration!
Lynne

Have an amazing time! Edinburgh is one of my favorite cities—I was fortunate to go to grad school there and miss it every day. It’s easily walkable, though you’ll be trekking up and down a lot of hills. Hiking up Arthur’s Seat is a must-do, even though it’s a popular activity. But if you go earlier in the day it won’t be nearly as crowded, and the views are spectacular (particularly at sunrise and sunset). There are also other parts of Holyrood Park that aren’t nearly as busy, and wandering around there is so peaceful you’ll easily forget you’re in a city.

I’d definitely check out the botanic gardens, and while you’re in that part of the city stroll along the river to check out Dean Village (if you go on a Sunday, you’ll likely pass by the farmers market in the Stockbridge neighborhood). Or, head in the opposite area and you can explore the waterfront Leith area.

If you’re into Scottish folk music/history, then definitely check out Sandy Bell’s, which has live music pretty much every night. A lot of the people who play there are old friends who have been hanging out/playing with each other for decades. The Rooftop Terrace at the National Museum of Scotland and The Witchery are both great spots for (admittedly pricey) meals. The museum itself is also great for a rainy day, and the cafe inside is a great place to sit and read/get work done while also people watching. The Meadows is also a great spot for relaxing and people watching. While you’re in that area, you can also wander around the University of Edinburgh’s main campus area.

And if you’re looking to venture outside the city, Rosslyn Chapel isn’t a far drive away and it’s absolutely worth checking out! 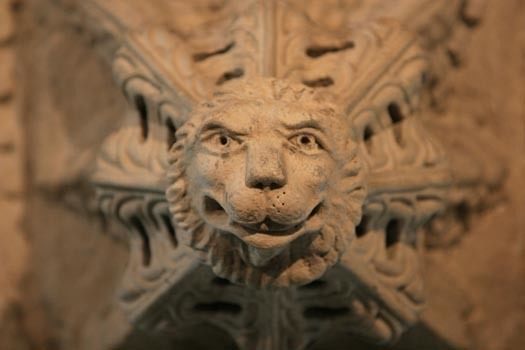 A church that bred legends, and served as an inspiration for the Da Vinci Code.

Glasgow’s only a short train ride away, so that’s an easy day trip as well!

If you’re looking for more off-the-beaten-path places in London, I’d recommend checking out our guide to Hidden Trafalgar Square. It has a lot of fun, overlooked places to see! 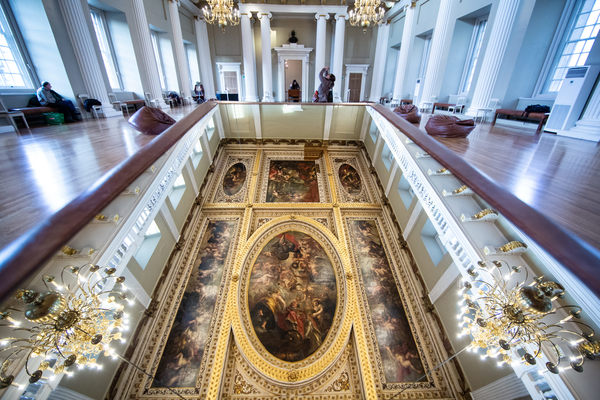 Brews, books, and beyond.

The ruins of St. Dunstan-in-the-East are also a great spot to explore! They’re right near the Tower of London, but it’s so quiet and non-crowded that you’d never know a huge tourist attraction was nearby. 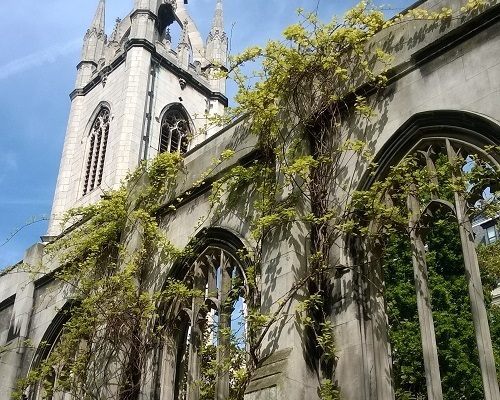 The Ruins of St. Dunstan-in-the-East

One of the few remaining casualties of the London Blitz, this destroyed church has become an enchanting public garden.

I second @Kerry_Wolfe’s endorsements of Arthur’s Seat and Rosslyn Chapel. The Chapel is a ~40 minute bus ride south of Edinburgh but is well worth it. The guides there are incredibly knowledgeable, and the chapel really is a marvel of intricate stone carving.

I’d also say the main Surgery Museum is a must-see. So much history was made there, and they tell the story of the discoveries brilliantly through artifacts. 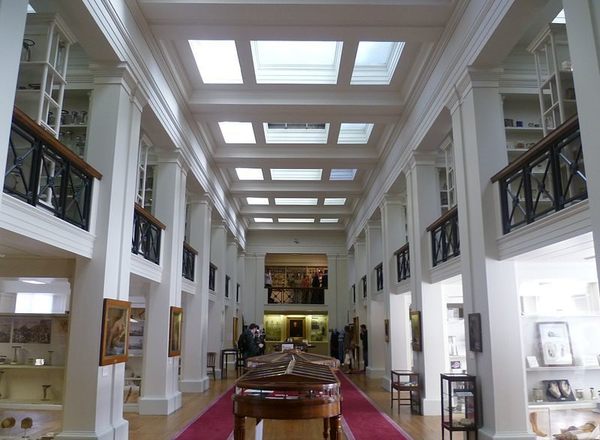 A book bound in the skin of an infamous criminal, along with countless other specimens.

I also recommend the underground tour of the vaults under the Southbridge. Very creepy, but it’s well worth learning about the strange goings-on on beneath the streets of the city for more than a century.

Thank you so much! A little creepy is ok by me.

Oh thank you so much! This is fantastic, and helpful! I really appreciate it.

Kerry is a wealth of information as you’ve seen, but I had a fun one to knock off your list if you so choose. One of my good friends was getting her postgraduate degree at St Andrews and showed us around. The campus and little town is quite lovely to walk around as is the train ride up to the area. I suggest this for two reasons though: fish and chips and an Atlas Obscura entry. The best fish and chips I’ve ever had were in a shop across the street from St. Salvator’s Quadrangle where this entry lies: 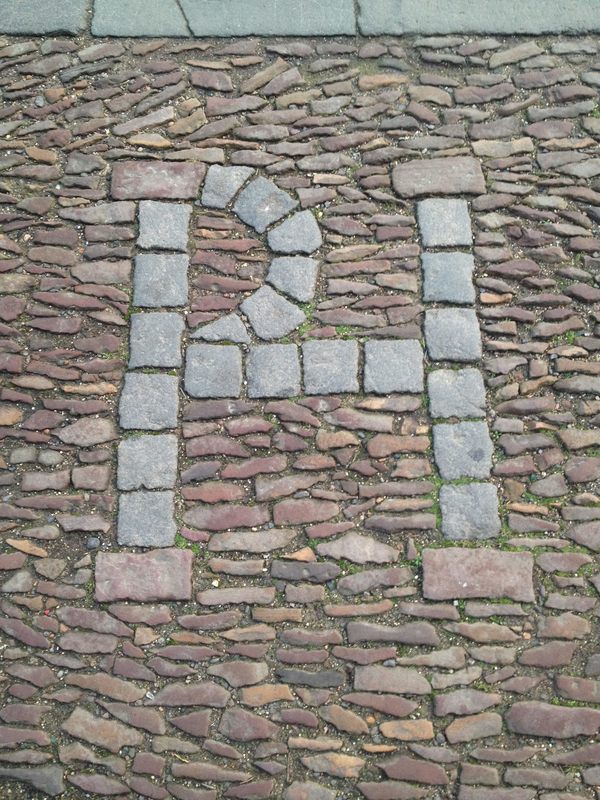 The Unlucky 'PH' Stone at the University of St Andrews

Every St Andrews student knows to avoid this inscription for fear of a martyr's curse.

You had me at fish & chips…thanks!

In England, Stonehenge is a must. Even though it’s a major tourist destination, seeing it in person is really enlightening, especially since the entire area around it is still vast fields of green. In Bath, visit the Camera Obscura (yeah!) that also sits above a hidden cave (that you can visit) that opens out to a sheer cliff face drop, high above the Avon River (and has a view of a really cool suspension bridge). Bath also has a really cool Roman Bath you can visit, I believe. In London, visit the hidden tunnels from which Churchill directed WWII, a really great museum that makes you feel like you’re really there at the time of the war.

I confess we weren’t going to head to Stonehenge, but we’ll re-visit. Thanks for the tips!

With regards to Ireland and Dublin , I think a trip to the National Museum on Kildare street is a very good idea (Especially if you are interested in history and have Irish heritage).

Its a museum with an old time Edwardian/ Victorian vibe to it and its crammed full of fascinating artifacts from all periods of Ireland’s history , but I guess the most fascinating objects on display are the Celtic goldwork torcs and bog bodies and the Viking artifacts .

It chronicles the beginings of Irish culture and also the many invasions from the Vikings , to the (old English) Normans , to the many English invaders (Plantagenet, Tudor, Stuart and William of Orange etc.).

After spending a while here you really come away from it with at least a rudimentary understanding and appreciation of Irelands pretty complicated and bloody history.

In Dublin the Viking experience is wonderful and gives you a very good idea of the history of the area.

All the above mentioned things are wonderful. In Edinburgh, if you get a chance, explore the South Queensferry area. I loved the pubs and the bridge views.
I don’t know your mode of transportation, but if you’ll have your own wheels, you might consider a drive across the Yorkshire Dales. You’ll have glimpses of Hadrian’s Wall, along with some stunning scenery, especially if the heather is in bloom.
In Southwest Ireland, My favorite was Dingle, once again, the pubs and local characters made it stand out for me. Returning to the East, drive over Conor Pass. Breathtaking views in all directions.
Have fun, and travel safe!

This is great information - thank you! I visited the museum with the Celtic goldwork on my previous visit to Ireland, It was some kind of awesome, you’re right about that. Thank you!