Tons of Delicious Fruit in Los Angeles Is Going Uneaten 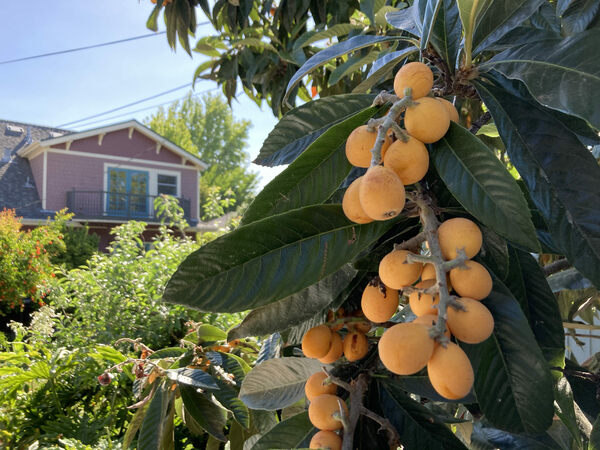 Tons of Delicious Fruit in Los Angeles Is Going Uneaten

A story of immigrant populations, gentrification, and the free loquat bonanza.

I’m up in the SF Bay Area, not LA, but I’ve been stealing loquats off trees overhanging the street for two decades, and maybe 10-12 years ago, my then-gf / now-spouse and I tried sprouting a few of the seeds. One of the descendants is now happily growing in the ground in the yard of the house we eventually bought, after having lived in a series of increasingly-large pots for many years. They can be eaten in a manner somewhat similar to lychees, or can be turned into jam.

There were loquat trees all down the block next to my elementary school in Daytona Beach, Fla. I was the only person I know who ever ate them, and loved them!
Amazing to me that they are all over Los Angeles too - not because of the climate, just because I didn’t know anyone else grew them.

Lived for quite a while in Florida areas where loquats are common. Grown quite a few into producing trees, sampled the fruits of many others. Once in a while I’ll encounter someone else who picks them. My ex made a kind of grappa from the heavy seeds as I recall. Didn’t sample it, but he is an experienced forager. Old, older and very old Floridians will sometimes eat them not quite ripe with salt, like an olive. I didn’t care for them that way, though.

Somewhere in Cali, San Fransisco I’d think, there was a small group who identified fruits available for picking from public access. Overhanging alleys or on the edge of parklands types of places. Loquats were very commonly mentioned. Where I am now people are always suspicious of anyone who might want something growing nearby for any reason. Examine the tendrils of wild grape on a highway access and someone is likely to stop and ask what you are doing.

If you don’t mind me asking, what is it you do for a living? It seems like you’ve traveled a good bit.