Welcome to the Atlas Obscura Community discussion of Torwood Blue Pool in Falkirk, Scotland. Ask questions or share travel tips, experiences, pictures, or general comments with the community. For the story behind this place, check out the Atlas Obscura entry: 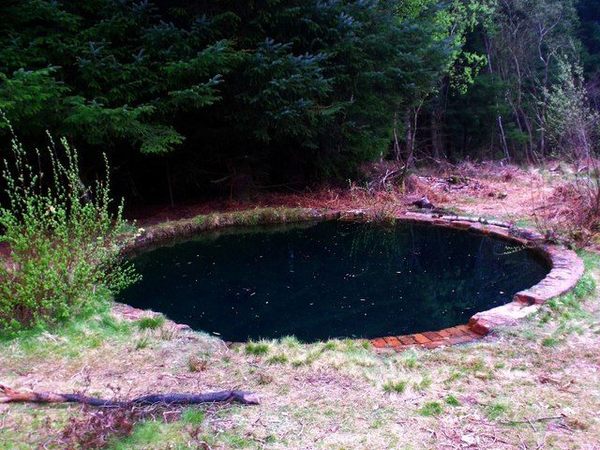 The mystery of this small, brick pond eluded its possibly only investigator until his death.

From a 2012 Scotland new paper:
Then, in October 2011, Nigel received an email from a mining consultant named Miles Moulding, who claimed with confidence that Torwood Blue Pool must be a disused colliery airshaft.

Mr Moulding explained that similar vent shafts were present where he was based in Wales and that the dog-leg feature which had intrigued Nigel was designed to prevent debris falling into the main shaft without restricting air flow.

Going into more detail, he pointed out that, in order to protect it, the airshaft would have originally been topped with a circular wall around 7 feet high. The fact that the shaft is at ground level suggested that the bricks had been stolen or vandalised at some point.

As for the airshaft’s location, Miles added that distance was not an issue for a Victorian colliery, and that, in some cases, vents could be found 30 miles away from the main shaft.

Nigel Turnbull sadly succumbed to cancer in May 2012, just a few months after receiving Miles’ email.

Those close to Nigel will have been comforted that he was able to figure out the true purpose of Torwood Blue Pool before he died.