We’ll be in Tbilisi and nearby towns in mid-October. We’d appreciate hearing from others who’ve been there about getting around and managing on your own (i.e., not as part of a tour group).

It was easy enough to walk around Tbilisi but if we wanted to go from on end to the other we just got a taxi. It was always the same fare the amount of which I can’t remember.

For trips nearby there’s plenty of buses (and trains).

Within the city, we found the city’s metro system useful at times, and for longer distances (e.g. airport transfer) we used “marshrutky” - these are minibuses frequently used by locals… sometimes there is no set timetable per se, just check the destination, price first with the driver, hop on and once there are enough people on board, off you go. If walking around the city, be prepared for some hills in places. The city has a cable car (to the old castle) and a furnicular up to an excellent viewpoint.
Personally, I thought Tbilisi was an excellent place and would happily go back again.
I put my own photos of the city on my website here:
http://rw-1.com/tbilisi/
For further information on transport, there are several websites, including LP here:
https://www.lonelyplanet.com/georgia/tbilisi/transport/getting-around/public-transport
And here: 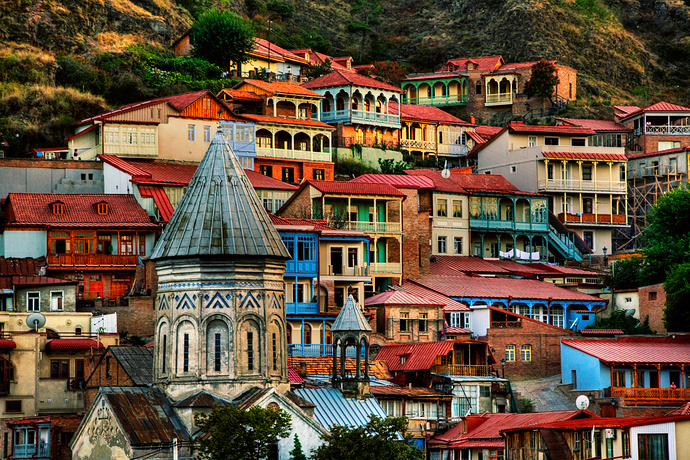 Thanks for the info, planning to go in May so appreciate the info : )

Thanks, Sandy. No language problems?

Fabulous information, rwhiting123! Thanks so much for the helpful links, especially to your excellent photos.

Thank you and you’re welcome

Just chiming in on the metro system which we found both very affordable (Less than $1 a ride), very efficient, and more than a little bit charming. Attaching a photo of the subway which shows the current time (red), the time until the next train (green), and the time since the last train (red again). 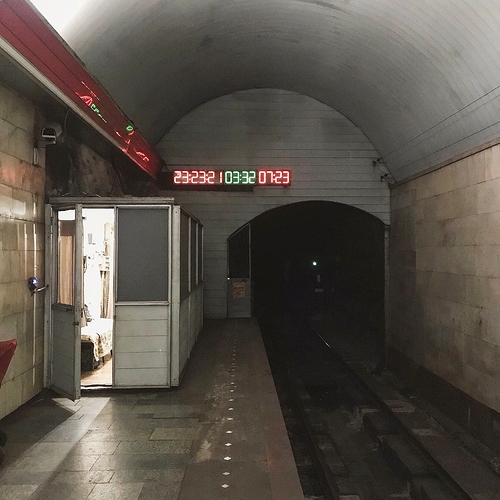 Also, FWIW, we found rudimentary English widely spoken, and in general, that it was quite easy to get around. The only slightly stressful interaction was getting into the city from the airport as we were aggressively offered rides, and it was hard to determine who was a legit taxi. Worth reading up on that in advance.

Have a great trip!

Thank you, Tyler. You answered another question I had – about getting along without knowing how to speak either Georgian or Russian. Your experience at the airport is also instructive. I appreciate your advice on that.