Welcome to the Atlas Obscura Community discussion of Two Princes Staircase in London, England. Ask questions or share travel tips, experiences, pictures, or general comments with the community. For the story behind this place, check out the Atlas Obscura entry: 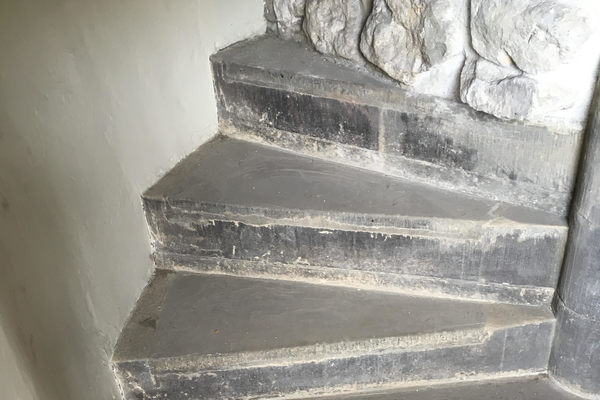 Richard III supposedly disposed of his nephews' bodies here in an effort to seal his claim to the throne.

When the king died, his brother, Richard III (who was known as Prince Richard, Duke of Gloucester prior to his coronation) had the boys murdered to cement his claim to the throne.

This, of course, is Tudor propaganda.

Quite correct. The children by that time were declared illegitimate under the document Titulus Regius (due to Edward’s previous marriage). The most likely killer was Henry VII, who withdrew Titulus in order to declare the boys’ sister legitimate so he could marry her - thus making the elder boy the true king.

The new book The Mythology of the Princes in the Tower in which the new DNA discovery is revealed was written by an Essex University historian, John Ashdown-Hill, who, sadly, has passed away. He was the pre-eminent expert on Richard the III. The new book is being published by the Gloucestershire-based UK publisher Amberley Books. Allison Weir’s “The Princess in the Tower” is also a good read.
In 1495, a man claiming to be one of the princes (Richard) (and thus, arguably, the rightful monarch) attempted to seize the throne from Henry VII. Henry denounced him as a fraud and claimed that he was an ordinary commoner from Flanders called Perkin Warbeck. Warbeck was allowed to live, and it is wondered if this is because Henry VII was married to Richard’s sister. His remains were interred in Dutch Church.
In addition to the Westminster Abbey and Dutch Church potential remains, there are also possible remains at three other sites – Chelsea Old Church (one theory suggests that the elder prince, Edward, was buried there), St Mary’s Church, Eastwell, Kent (where a theory suggests that the younger prince, Richard, was interred) and Mechelen Cathedral in Belgium (where another theory suggests that Richard lies). I would love to see this mystery solved within my lifetime. The Abby needs to relax.