One of the most surefire ways for someone to prove their hometown bonafides is with knowledge of local advertising. Those unforgettable, often low-budget advertisements for local businesses often had as much influence on the local character among the people living in a place as any landmark. The sort of ad that Rhett & Link have made a career on. Now we want to hear about the extremely local ads that you just can’t forget. 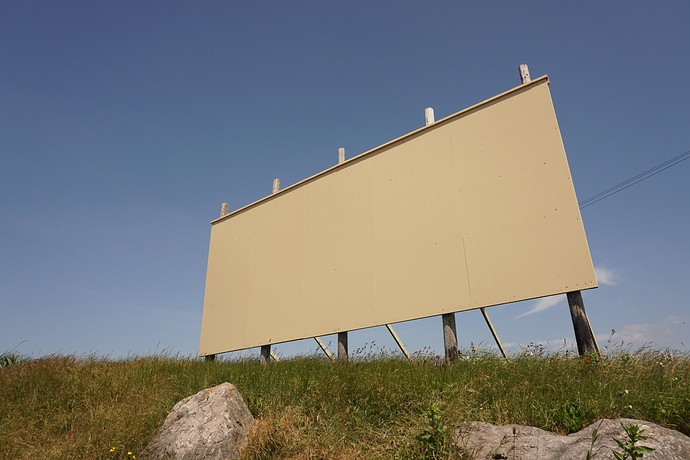 Tell us about the local ads that you associate with where you’re from in the comments below, be sure to mention where you saw the ads, and include a video or picture if you can find one! Your response may be used in an upcoming round up on Atlas Obscura. You don’t have to buy what they’re selling, but that doesn’t mean that local ads aren’t still valuable.

I think anyone who spent time near St. Louis in the 80’s and 90’s will remember B̶e̶t̶t̶y̶ Becky, the Queen of Carpets and Wanda, the Princess of Tile.

Betty and Wanda are true royalty.

Actually, they’re not part of any real royal family. These were just amusing roles they assumed for the commercial.

When Wendy’s was Of Ohio

Wonder if they made it anywhere

I was just about to post this as a topic!
Crazy Gideon commercials were such an assault on the senses that they lapse into punk rock video art. Between the accent of unknown origin and the crappy sound mixing, it’s just an incomprehensible man screaming at you for 30 seconds. When Crazy Gideon’s closed, I stopped watching TV.

My fave has to be the evergreen Testy Festy billboard I saw driving thru Montana. 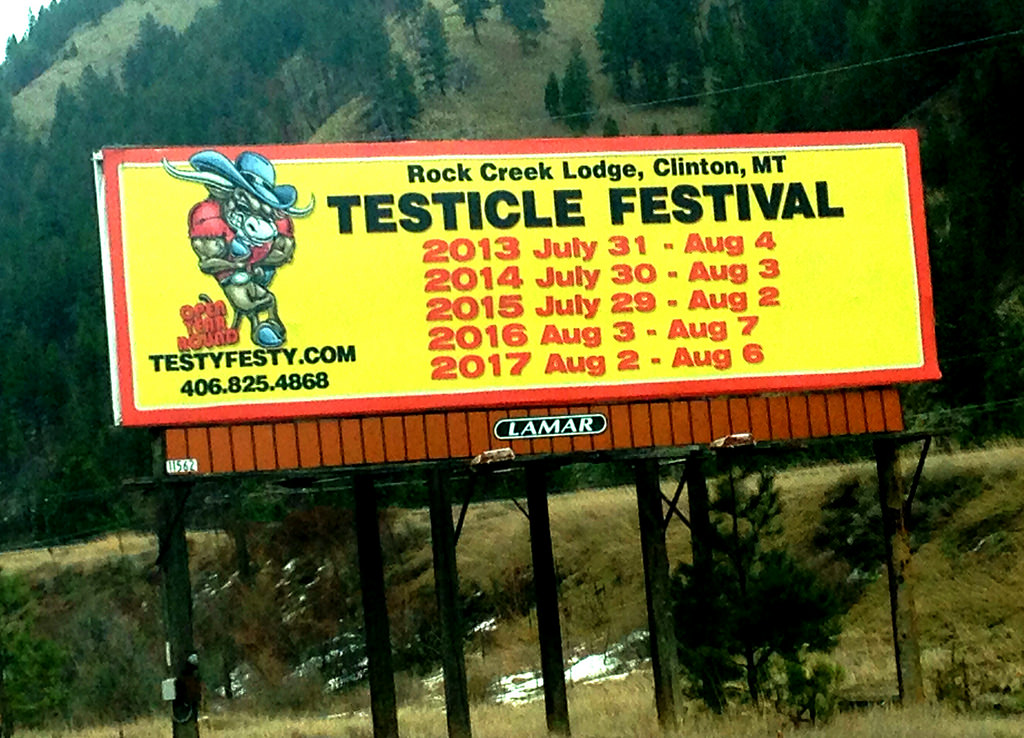 Numerous people from Baltimore have told me about this

Your description was spot on. Why did he think crossing over into such anger would be persuasive? IDENTIFY WITH YOUR ABUSER AND BUY MY ELECTRONICS

“Mr. Raper, our market research shows that the public might respond to…a different business name…”
“What?! It’s my dealership! I named it after me!”
“Like a stage name…”
“That name’s been in my family for generations!”
“Yes, but…”
“How else would they know they’re buying a Raper RV?!”
“You see, especially RVs…”
“Who wants a Raper RV?!”
“Sir, please step away from the window…”

“Kemp Mill Records breaks its own records!” Everyone I grew up with in the Maryland suburbs of DC in the 1970s and ‘80s remembers these ads. Also, remember… records?

The McDonald’s in Yass, New South Wales was always good for a laugh on the long drive from Melbourne to Brisbane. 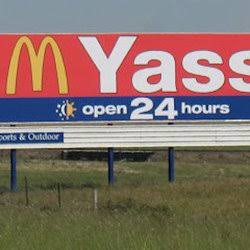 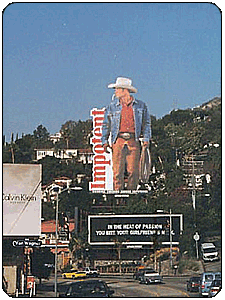 The most memorable advertising sign in my life was the Marlboro man cigarette ad that used to stand outside of Gregory, Texas, on FM35 on the south side of the road between the intersections of Texas state highway 181 and FM361. What was unique was that it always had 2 to 3 arrows piercing the sign each time I drove by it–which made me chuckle! 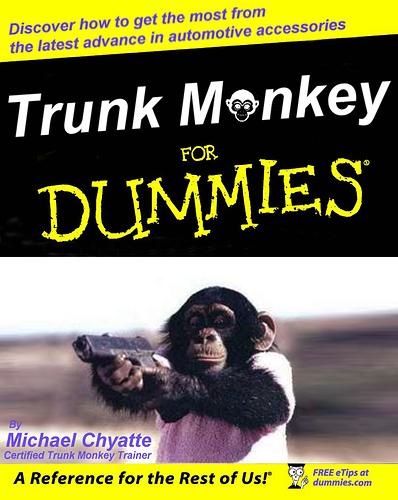 I’m sure there have to be examples of this elsewhere, but I always chuckled getting of the turnpike in New Stanton Pa. 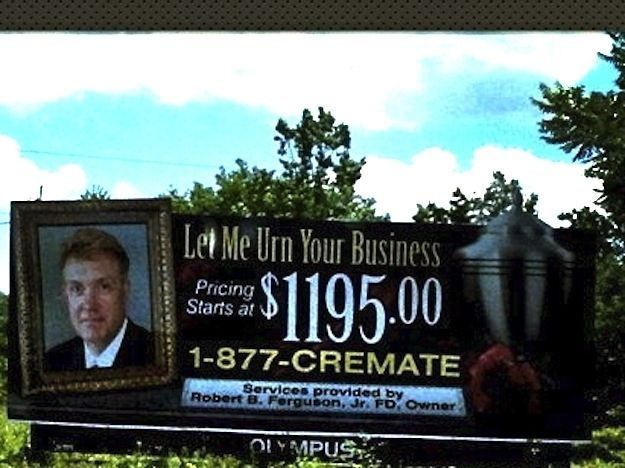 Donna and the Wolfman were a father/daughter duo in the Atlanta area with really memorable commercials in the 80’s. Their furniture stores are still around!

Merchant’s Auto in Hooksett, Nh has great radio ads! They do wacky voices, impressions, and funny stories in them. Whoever they have working on them does pretty good impressions of all the US presidents since Bush senior! They’re pretty well known/loved in NH.