Unusual signs and graffiti you have found

In my travels I love finding confusing or very specific signage. Even some graffiti catches my eye.

Here are some of my favorites. Share your own! 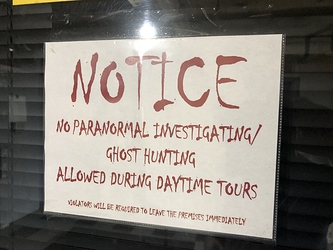 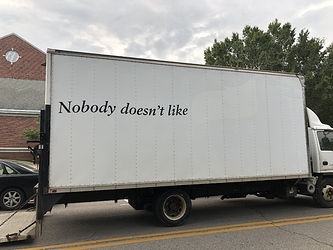 Repurposed truck with the brand painted over. What’s left is almost a philosophical statement.
Almost. 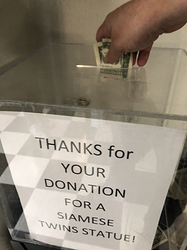 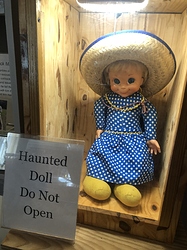 At the Cryptozoology and Paranormal Museum in Littleton, NC.

Love the mysterious, poetic, and double-negative “Nobody doesn’t like”.

This is just me being a pedantic jerk, but I always take note of unnecessary quotation marks, like this one I saw at Balmorhea State Park in Texas. That said, it’s one of the coolest swimming pools in the world. 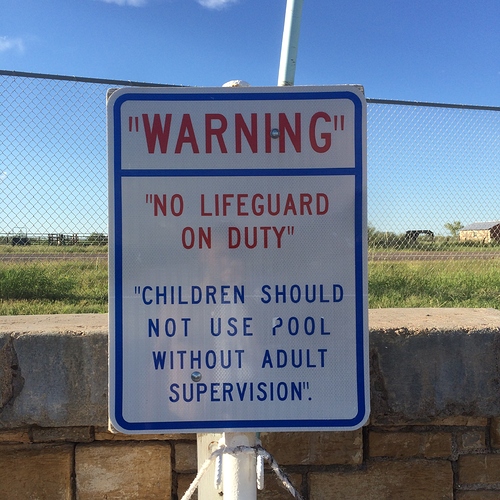 Finally, I used to walk by this sign every day on East 6th Street in NYC. It actually became locally semi-legendary. If you look closely, you’ll notice that someone added a sticker of the offending dog. 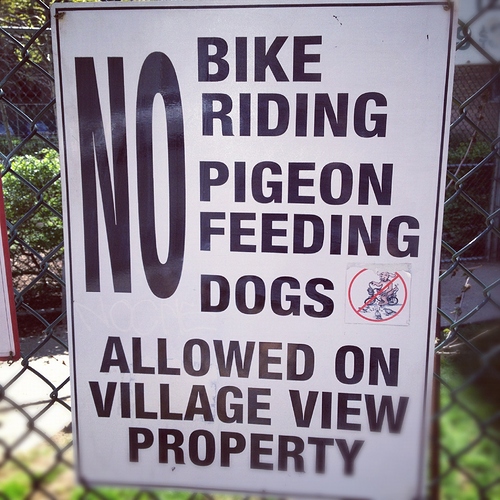 My wife and I LOVE superfluous quotation marks. 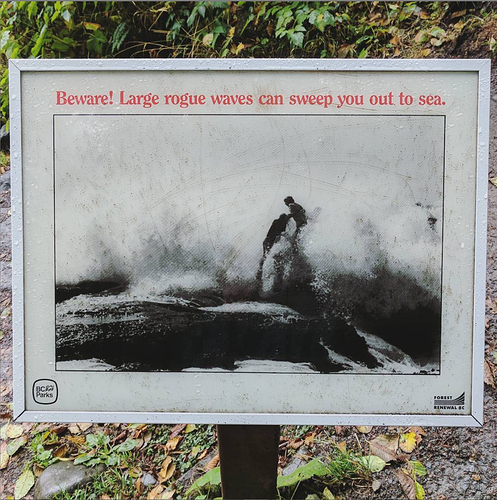 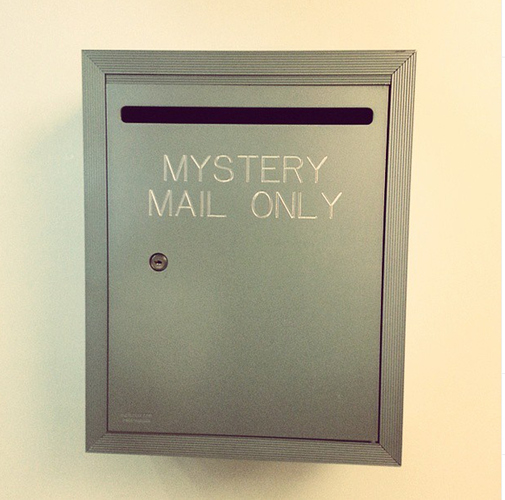 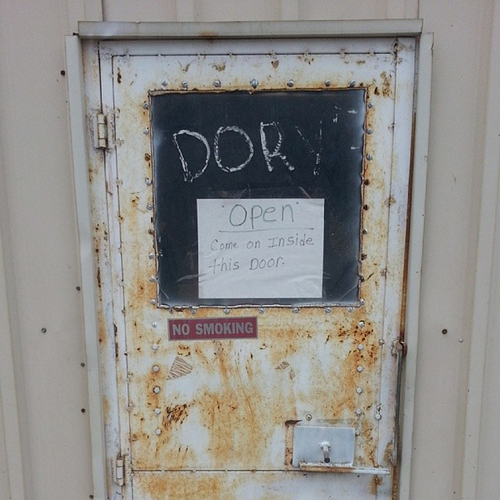 Not sure how common superfluous quotation marks might be in English overall (I have to say I have not seen them that often in the UK, but sure can think of some examples in Australia, New Zealand and definitely lots in the US).

They’re absolutely everywhere in Mexico and in Spanish in general. This does make me wonder if it might be more of an Americas thing or just common in the Latin alphabet everywhere.

I’ll start with some peculiar signs I’ve found in Mexico, varying from very naïve art illustrations to some serious misspellings: 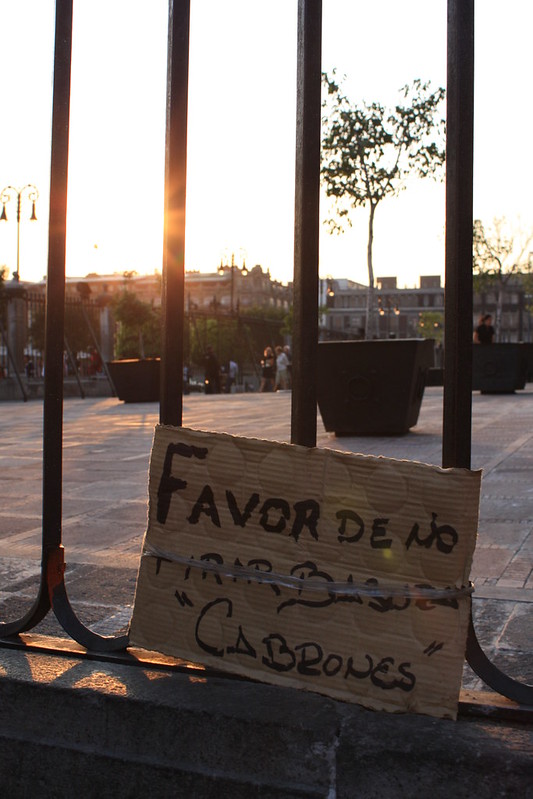 Cabrones by David Cabrera, on Flickr (quotation marks right from the get-go, this says: please no littering, “a**holes”) 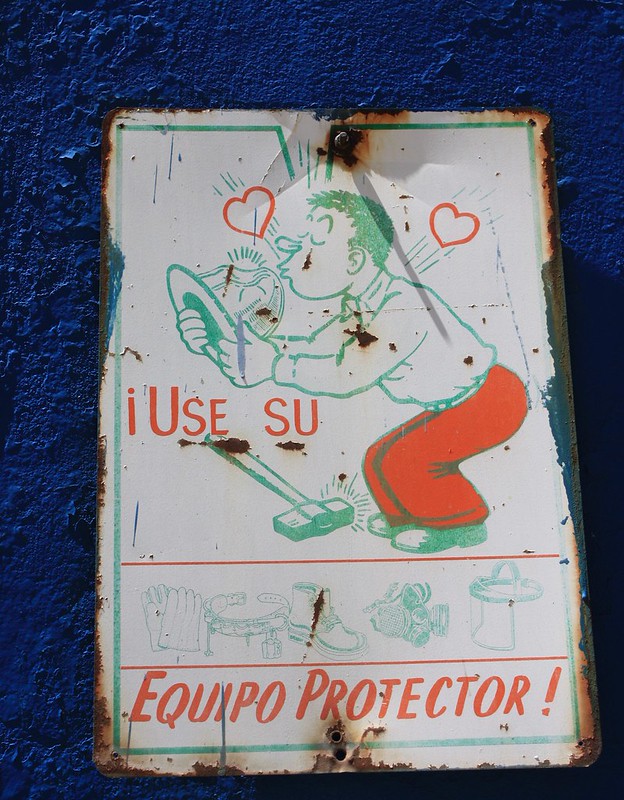 Amor Eterno by David Cabrera, on Flickr (eternal love between man and his PPE in a former paper factory in San Rafael Tlalmanalco) 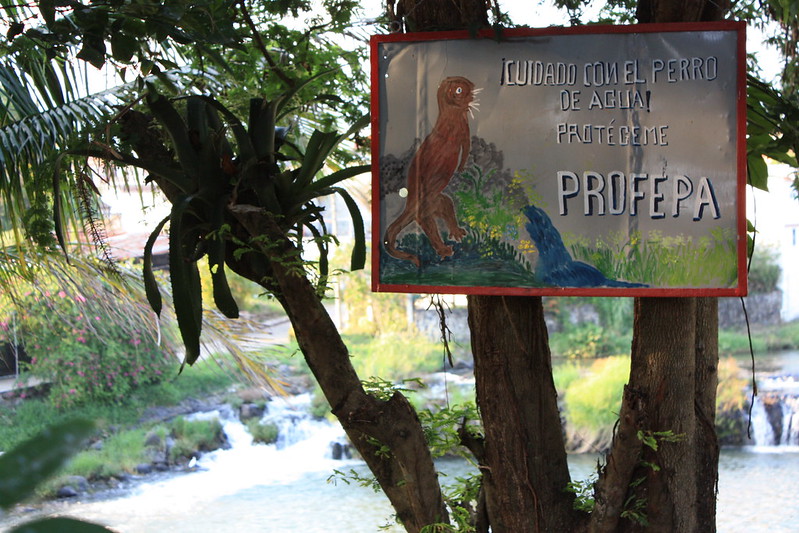 Perro de Agua by David Cabrera, on Flickr (look after the “water dog”, which I think might be the local term for river otters, in Santiago de Tuxtla) 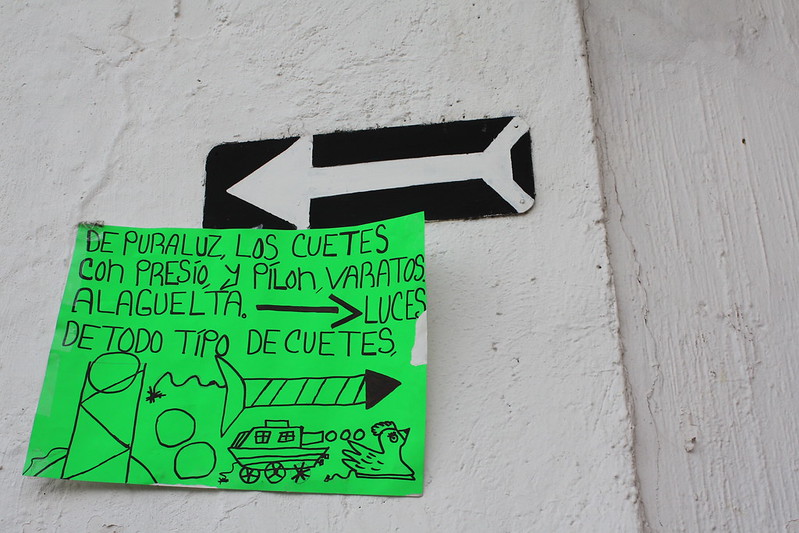 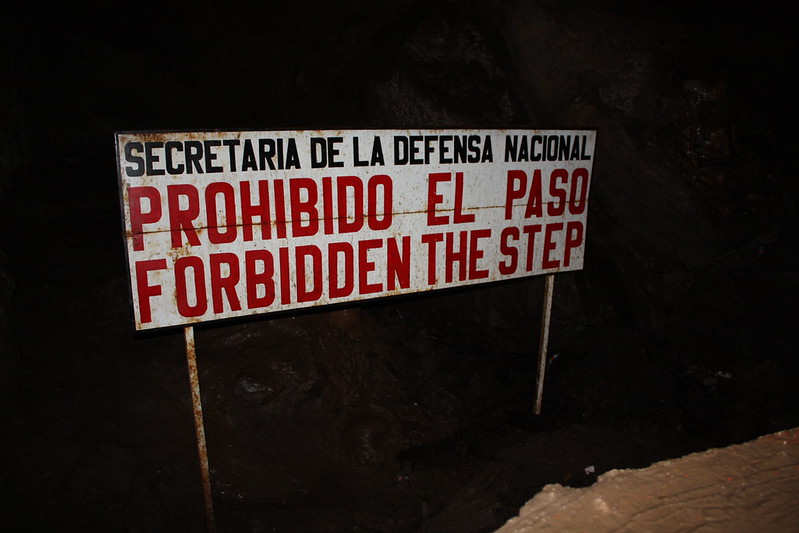 Forbidden the Step by David Cabrera, on Flickr (the Spanish is fine, but the English, well… the Rancho Nuevo Caves staff sure tried) 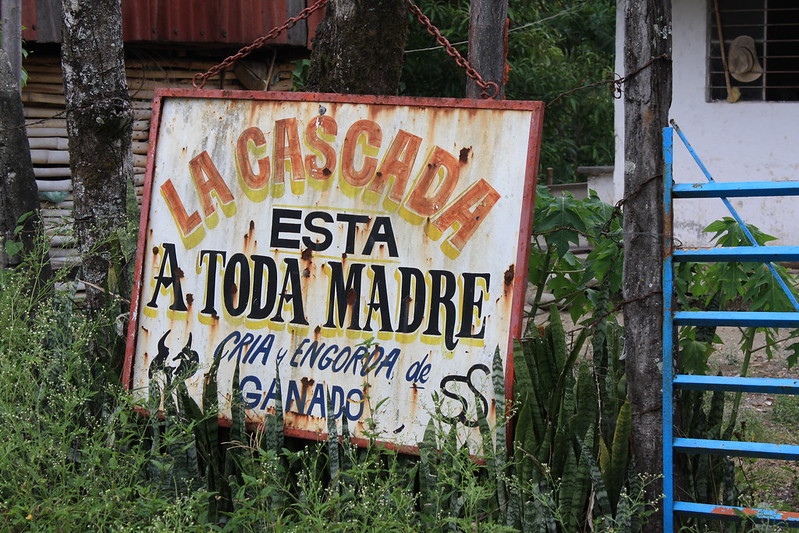 A Toda Madre by David Cabrera, on Flickr (“a toda madre” is an expression in Mexico similar to “freaking awesome”, so in this context “The Waterfall” is freaking awesome) 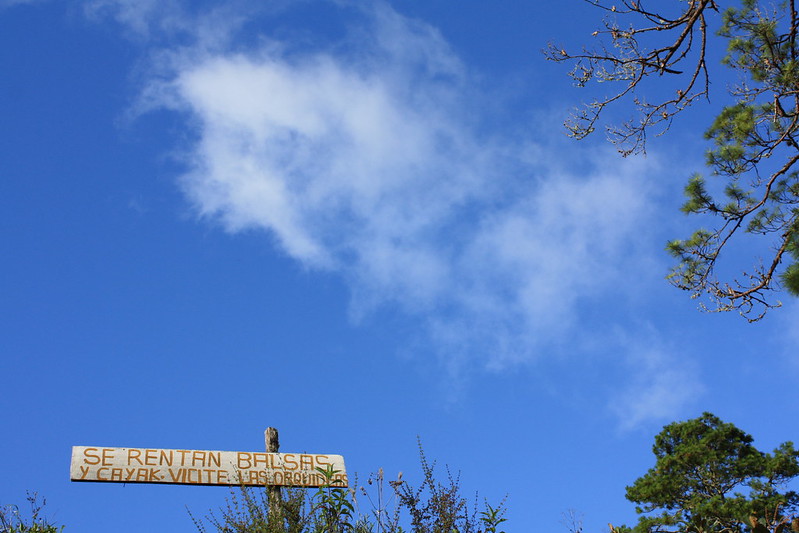 Se Rentan by David Cabrera, on Flickr (“cayaks” for rent at Las Orquídeas in the National Lakes of Montebello Park) 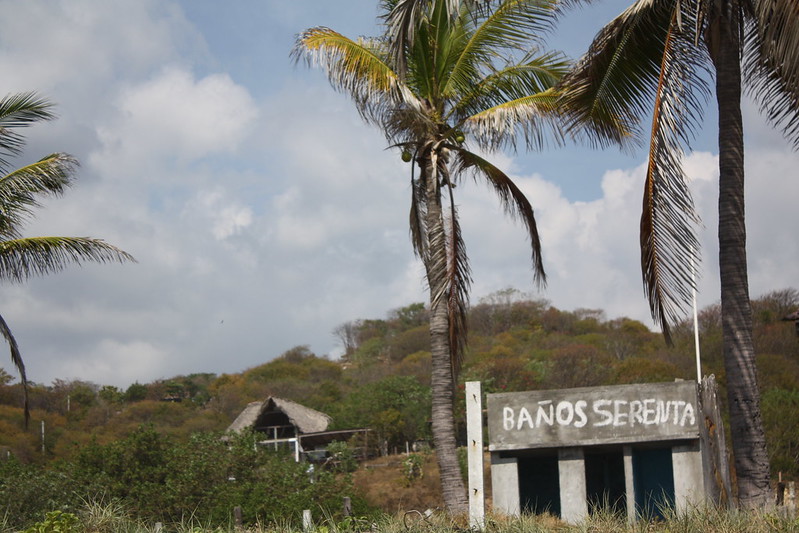 Baños Se Renta by David Cabrera, on Flickr (also for rent, toilets in Zipolite, really not sure how you rent toilets other than portable chemical ones) 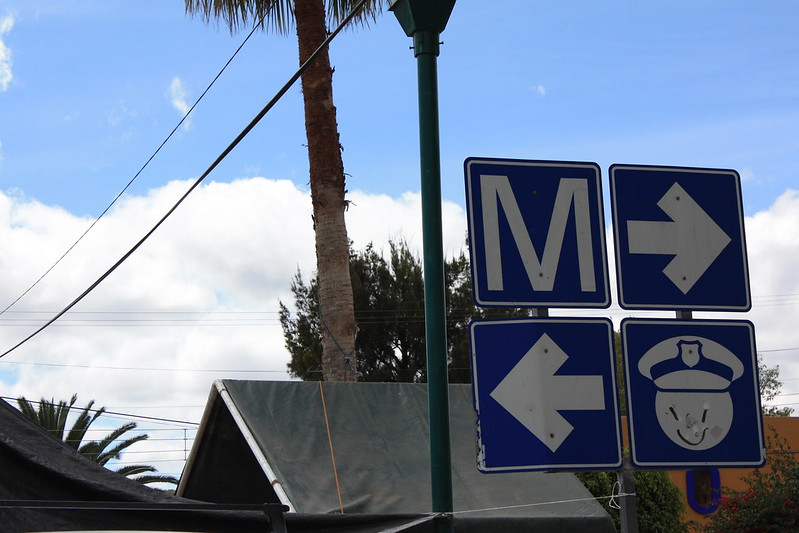 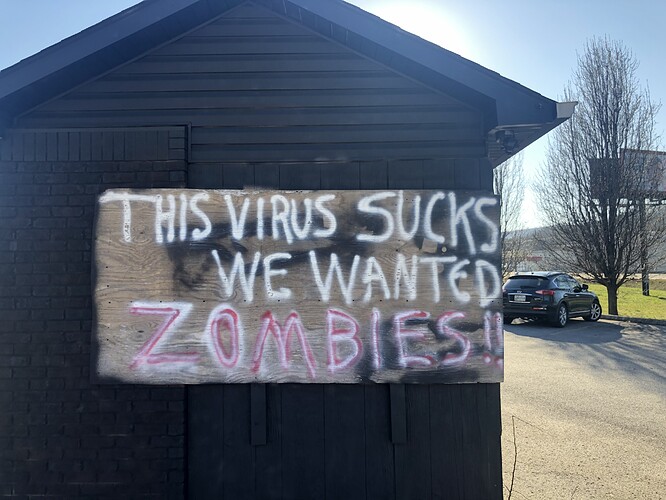 The state of Chiapas is definitely the weird graffiti capital of Mexico. Not sure what was going on here in San Cristóbal de las Casas as this was definitely a time when SMS were commonplace, yet someone seems to have set up an appointment in the pharmacy on a wall: 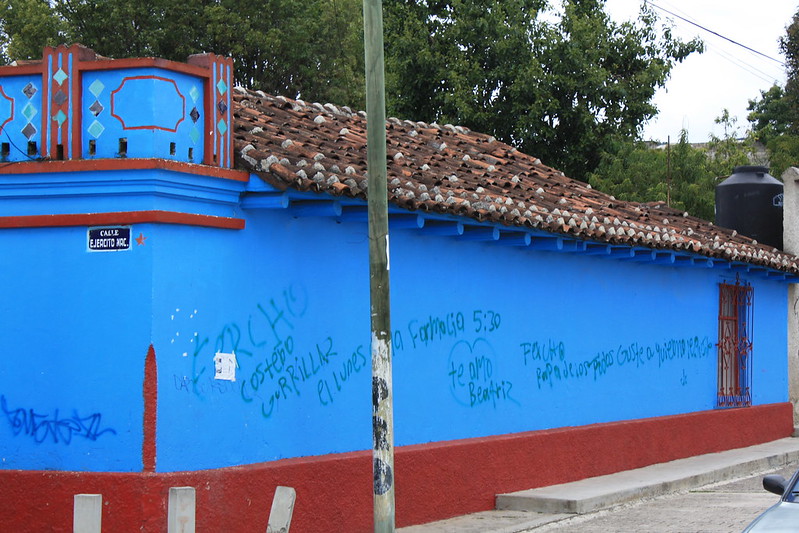 There was this question too:

Funny "What the hell?" Travel Moments

In Chamula, someone pondered the eternal Shakespearean question: “museum or mouse”? 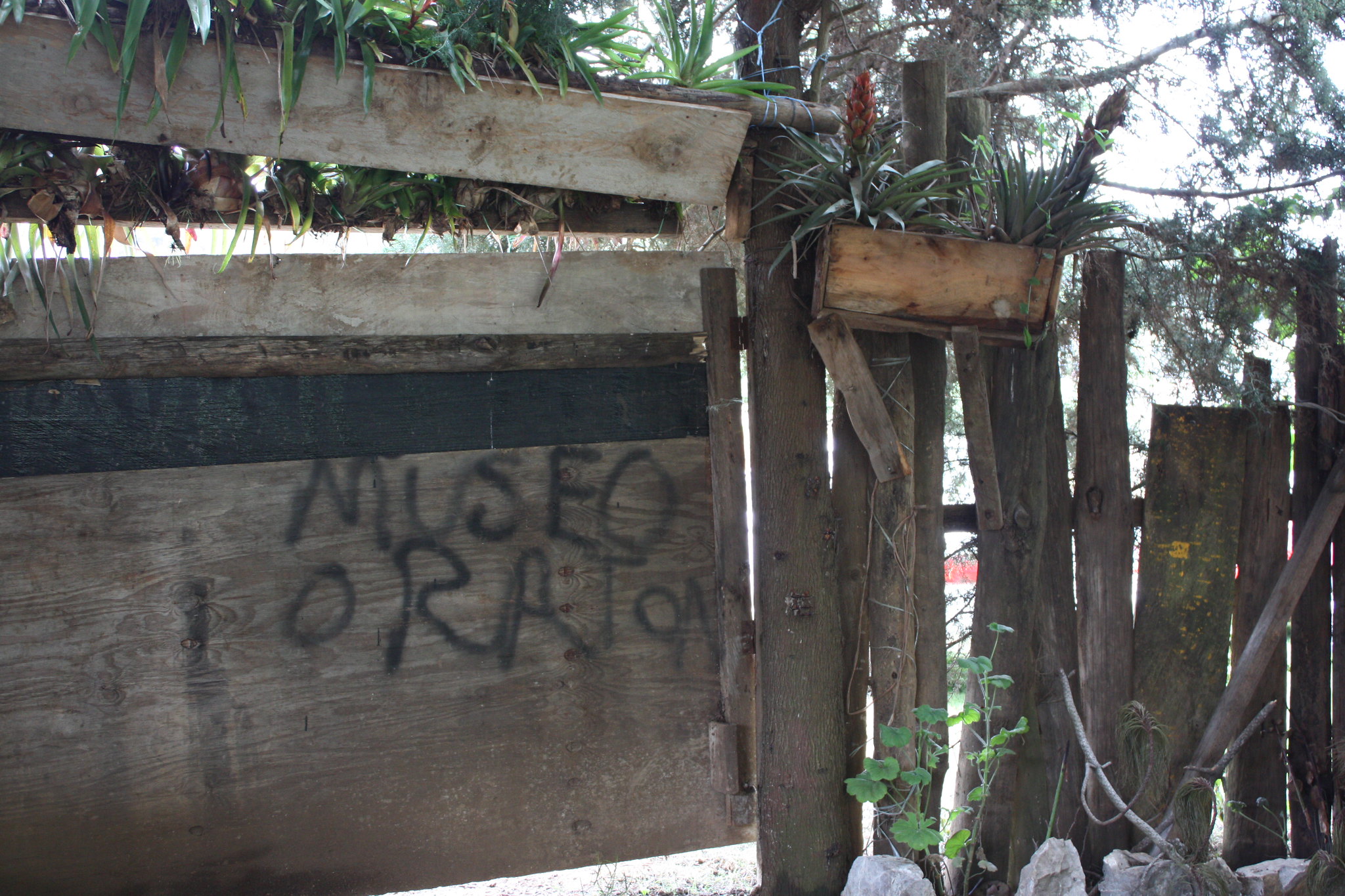 Had to take a photo of the name of this coffee house chain in Sai Gon, Vietnam… 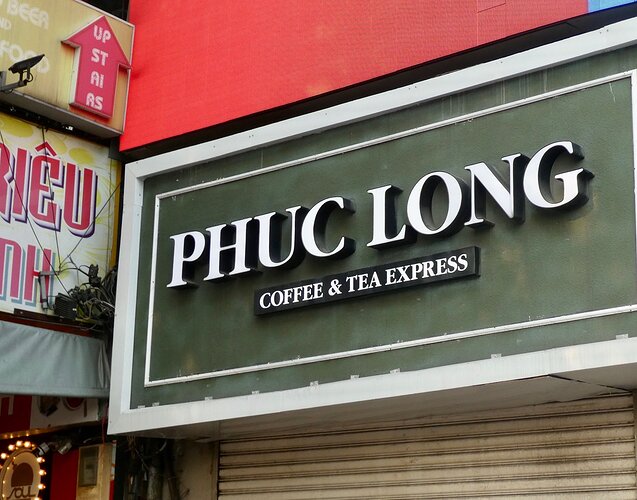 This infamous sign on the 5 freeway exit to the cruise ship terminal in San Diego has since been changed, but I used to get a kick out of it… 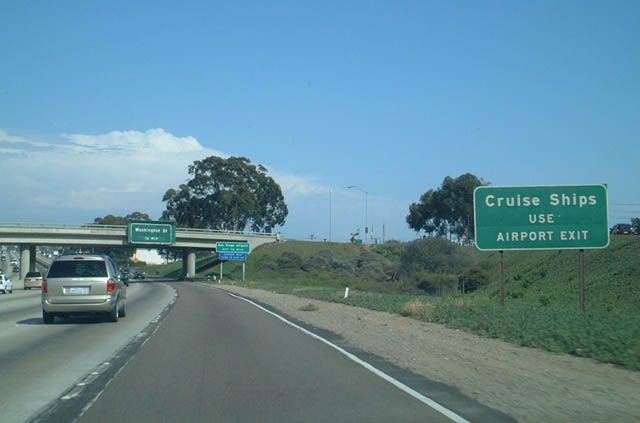 This is the actual sign for the official name of the Royal Palace and Temple complex in Luang Prabang, Laos. ! I dare you to say that 3 times fast!

Out and about antiquing today and found these: 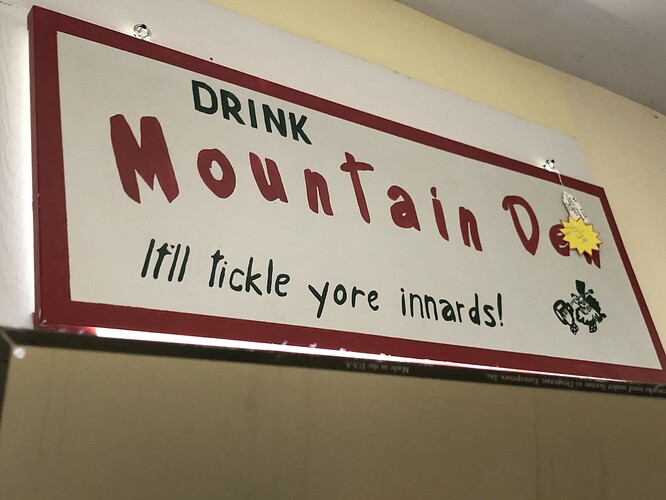 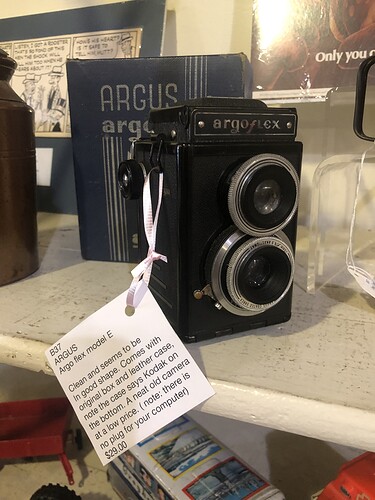 Just so everybody knows exactly what happens in the WC. This is actually great minimalist design, now that I think about it. 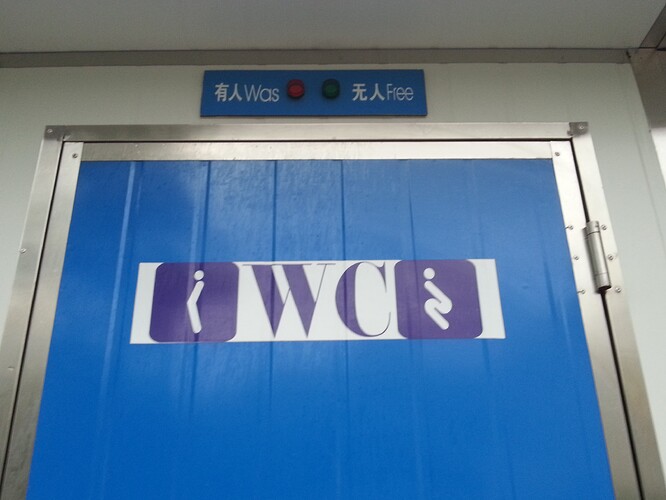 It sort of reminds me of this phenomenon which has become an urban legend that I listened to about on youtube lately of the “Portland dream flyers” in the USA.

Some people seem to think it is a conspiracy linked to the CIA or a cult as suggested in the videos below. 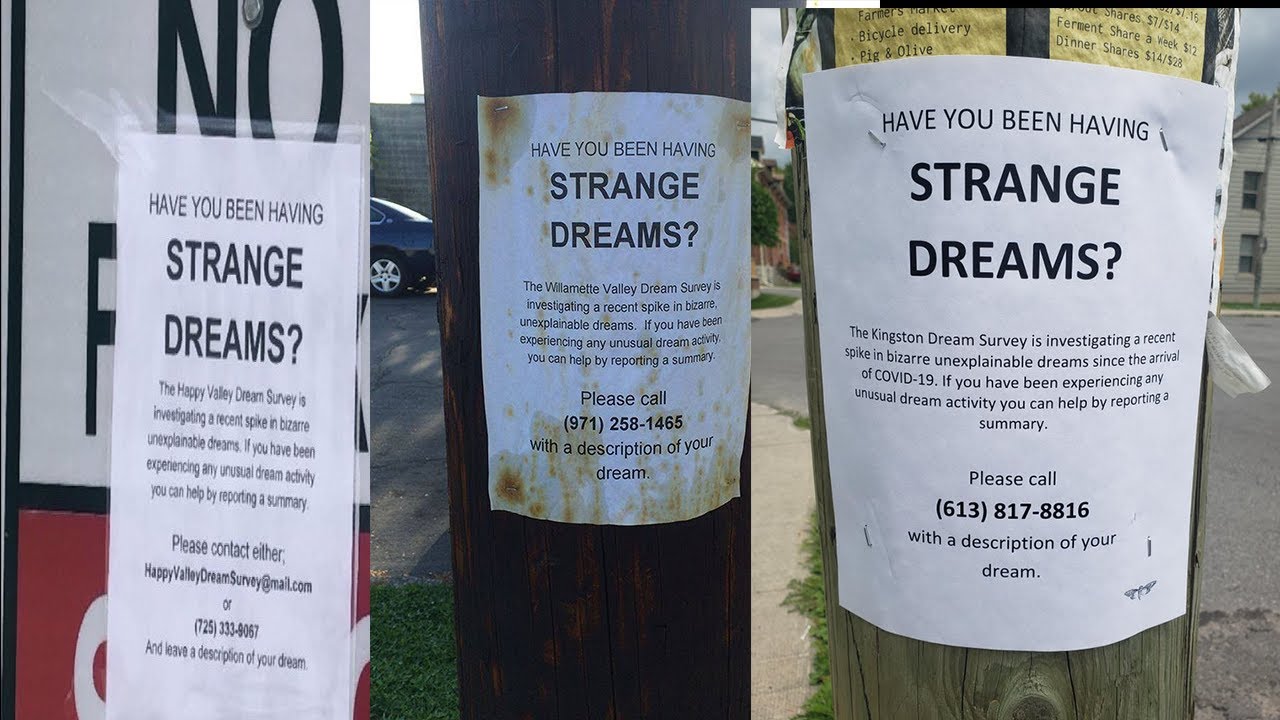 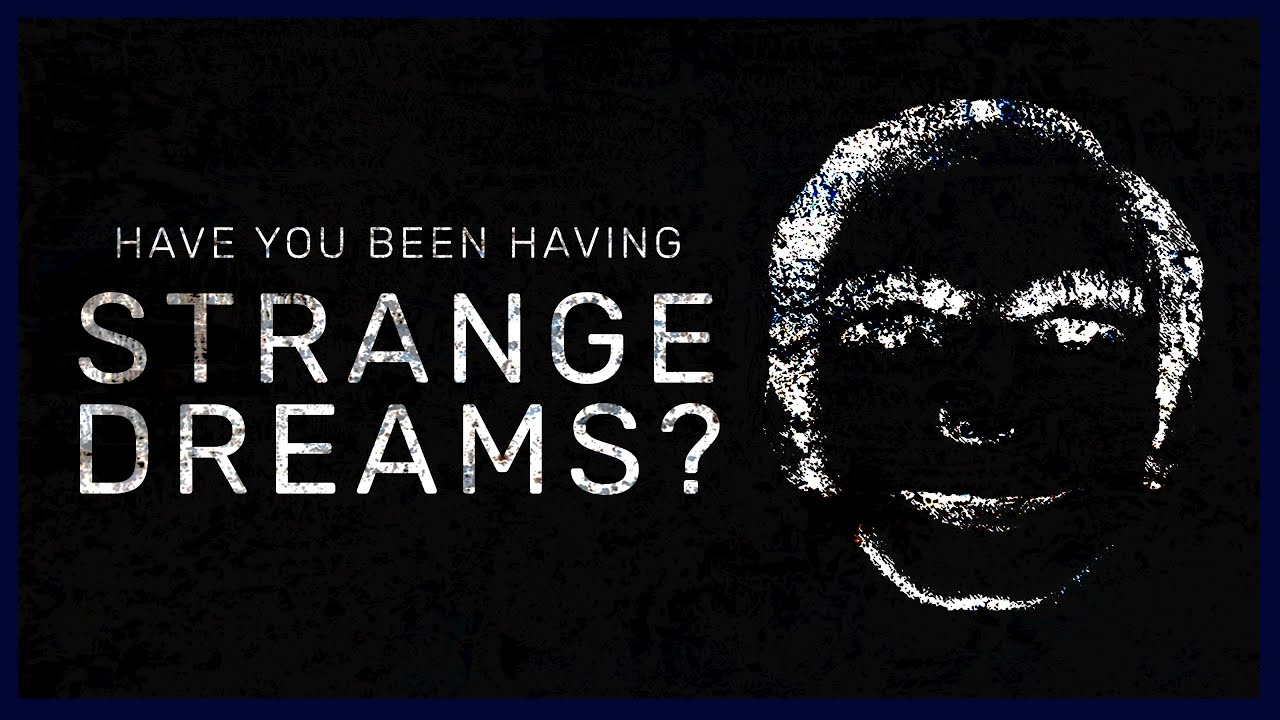 Others that are more skeptical minded seem to favour a more mundane but still a little eccentric answer to the mystery as suggested in the video below. 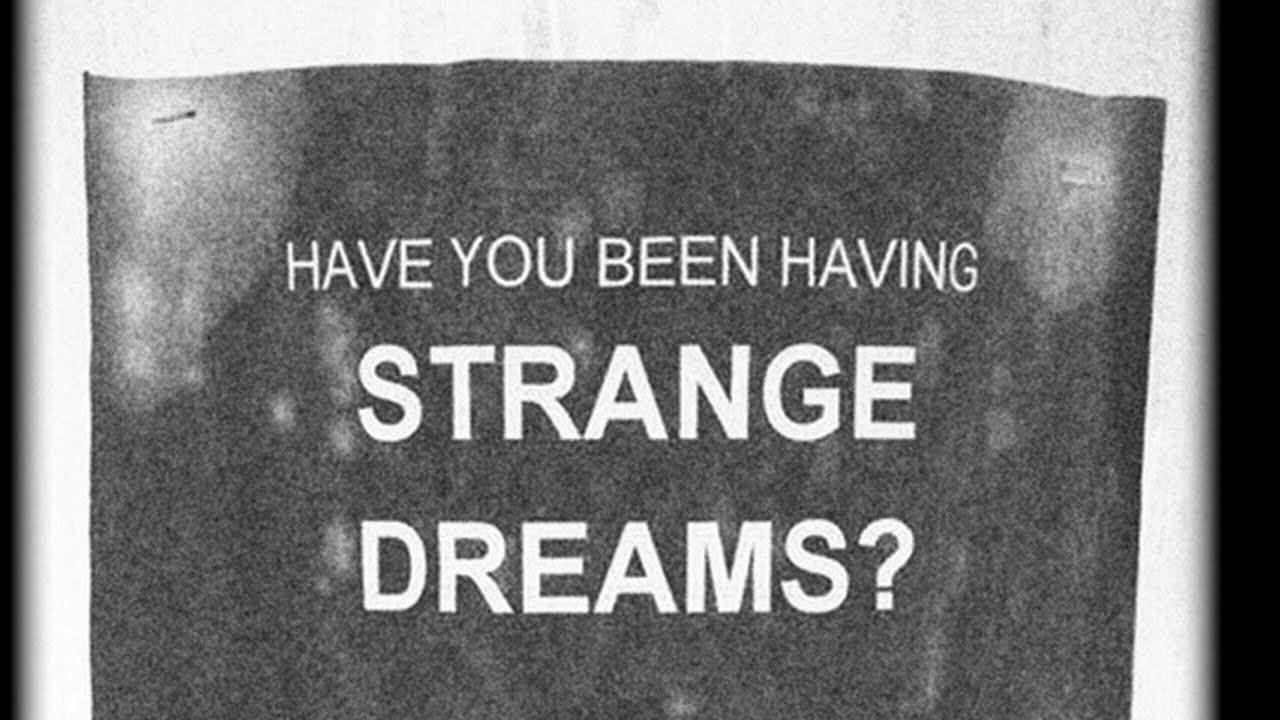 I think I’m more inclined towards the skeptical / mundane explanation for these flyers such as that detailed in the second video but then again the world is a strange place and anything could be possible.

Yes, I agree it does look like an ARG but no one has been able to definitively work out what the organization is for though there have been some interesting theories.

One of the two videos you posted (the shorter one) actually gives a pretty good explanation of who is behind it all.

Looks like an artist/arg creator is behind it all.

Yes, I definitely think the artist explanation is the most likely / plausible one.

Although those pay phones interest me.

Yeah, haha, there are quite a few mysteries (probably with very mundane explanations) relating to them out there on the net.

Some graffiti I spotted at the long abandoned Twin Arrows Trading Post site last week. Surely this HAD to have been put there in 2020 LOL 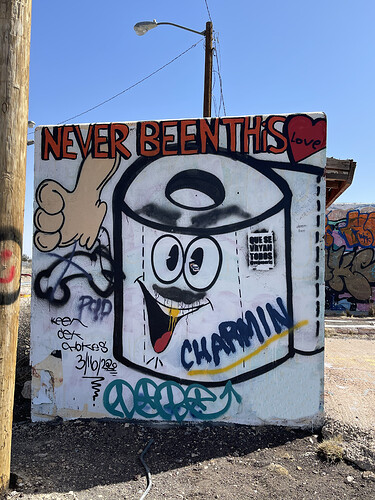