Just moved here and want to know places to go!

The Luray Caverns shouldn’t be to far, I went to Shenandoah University https://luraycaverns.com

Fiberglass genius Mark Cline is up near there in Natural Bridge. In addition to his studio, Enchanted Castle Studios, you can also visit his Dinosaur Kingdom II, which pits dinosaurs against Union soldiers. You can also find several of his other fiberglass creations in the area.

I would pass this place once every two weeks and never went inside just thought, “what a strange looking place” 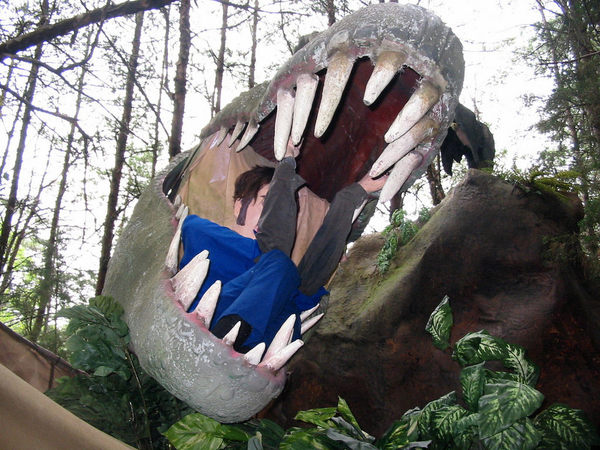 It's dinos against the Yankees at Dinosaur Kingdom in Virginia.

Oh! We profiled the guy who created that last April! 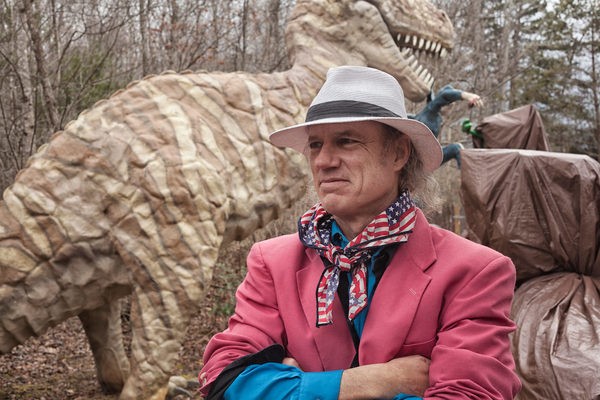 Inside the World of Virginia’s Roadside Attraction King

For more than 30 years, Mark Cline has been keeping the state weird.

I HAVE to read this one i need all the answers

There are some interesting sites to the East - Natural Bridge comes to mind, and there’s a historic district in Staunton, I think.

If you want to go in the National Park, they have a booklet entitled “Lost Trails and Forgotten People” about the people who lived there before it was made a National Park, and how to see some of the places which are still visible: mostly the foundations of homes and fences.

I seldom make it out West of the park, so that’s a blank to me.

Lexington is a charming town with good restaurants. And as to peculiar sightseeing sights, I seem to recall a fake Stonehenge someplace in that part of the world. The scenery in the Shenandoah Valley is its most valuable asset.

I was crushed to find that it sounds like it’s gone when I looked it up, but years ago when friends and I made trips at least once a year to Shenandoah NP we stopped at Ben Jones’ roadside spot in Sperryville. Ben Played Cooter in the Dukes of Hazzard and I well remember driving up to his place, saying hello while he sat on the porch outside greeting all visitors. The shop itself was a bizarro mix of typical Appalachian roadside fodder (jams, honey, home cooked sweets, trinkets) on one side and on the other part museum, part gift shop from the heyday of the show. Hey, what can be better than making one stop for apple butter and a Matchbook car General Lee? 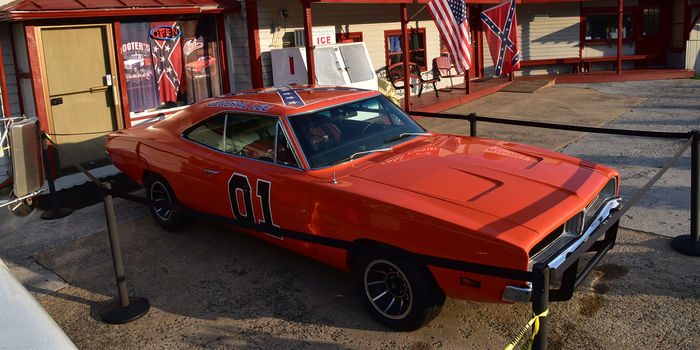 Ben Jones, the former congressman who played ‘Cooter’ in “The Dukes of the Hazzard,” plans to close his Southern-themed store in Virginia after a zoning dispute turned into a shouting match that reflects the polarized national mood.

Looks like they’ve made some expansions since I last visited.

Skyline Drive is a great way to see the valley, in the fall it’s stunning when the leaves turn.

Thanks to everyone that replied!

Here s a small list:
Theres Grand Caverns in Grottoes, VA, The Black Friars Shakespeare Theatre in Staunton, VA (as well as the town of Staunton itself, which is WONDERFUL!!), The Blackburn Inn whuch is in the former Western State Lunatic Asylum in Staunton, Natural Chimneys park in Mt. Solon, Swannanoa Palace in Afton and the soon to be opened Crozet Tunnel trail in Waynesboro and Afton, Hull’s Drive-In in Lexington, Crabtree Falls in Nelson County on rt 56(the tallest waterfall east of the Mississippi!!), Falling Springs between Covington and Hot Springs, the old Dejarnette asylum in Staunton ( was at the time of its closing, a branch of Western State, for children, and is located right off i81 on a seperate piece of property from the original Western State Asylum campus, which is downtown, and Mt. Airy in Verona, the former home of Grandma Moses. There are many many more which i have been trying to find the time to post on Atlas OBSCURA, and will soon as i can!! Oh!! Another is the Frontier Culture Museum in Staunton which is very cool and actually is right next to the Dejarnette bldgs i mentioned, the museum actually now owns the proerty on which those bldgs sit.

These are all awesome how could I forgot Natural Chimney’s Grand Caverns andddd Mt. Airy!!! I am ashamed lol. Thanks for taking me home to VA for a brief second

Dinosaur Kingdom for sure. I went to the first one before it burned down, and it was really fun and photogenic.

Also near Lexington is Natural Bridge, and to the est is The wonderous Goshen Pass which is a beautiful canyon cut through the mtns just south of the town of Goshen ( from Lexington it is northwest on rt 39, you pass The Virginia Horse Center going out of Lexington and keep on going and youll go through the quaint village of Rockbridge Baths and the Pass is just past there. Great swimming in the summer, and killer kayaking area on the Maury River!! Also at the picnic area thete is the Big Anchor- a memorial to Mathew Fontaine Maury