There are few things more inherently “Atlas-y” than a good cave. There is an undeniable mystique associated with the dark, stony depths of our world’s subterranean spaces, and the wonders we often find (or install) within. There are caves with snakes that hang from the ceiling, caves full of bizarre geological anomalies, and even caves with whole buildings within them. The bottom line is, we love caves, and now we want to hear about the caves that you love.

I’ve explored a number of caves over the years and learned about many more during my time at Atlas Obscura, but one that always seemed sort of goofy and magical at the same time is the Unicorn Cave in Harz, Germany. The cave got its name after strange bones were discovered in the cave during the 1500s, which were attributed to the fictional creature. In the modern day, many of the bones from the cave have been proven to belong to prehistoric creatures, but there is still a unicorn skeleton out front, heralding the site’s mythic history. It’s kind of goofy, and kind of wondrous all at once.

Now head below, and tell us about your favorite cave, what it’s called, why you love it, and most importantly, share any terrific, original pictures you might have of the cavern. We may use your response in an upcoming round-up on Atlas Obscura! 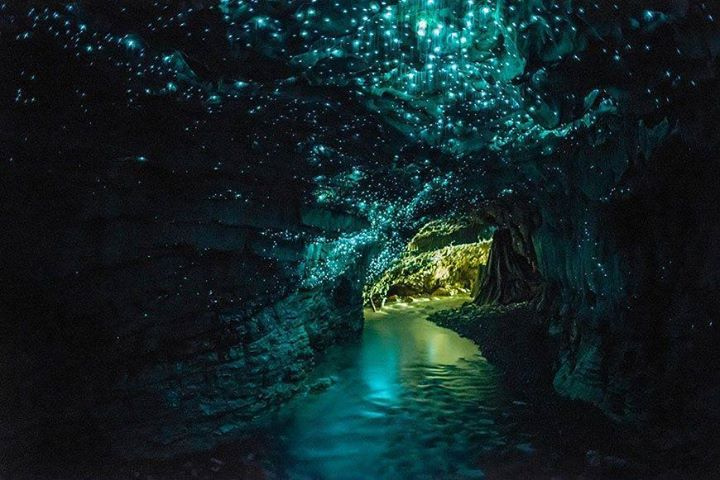 El Castillo Caves. A conical and strange mountain in the north of Spain completely pierced and plenty of caves. There you can find some of the most ancient painting made by the human being. quite likely the neanderthal man made one of them. https://1.bp.blogspot.com/-U6-g4R_6BVE/VjyB7dqcY6I/AAAAAAAAAgk/ZO3AnuI_N-Y/s1600/Pinturas%2Brupestres%2Bde%2Bla%2BCueva%2Bde%2Blas%2BManos%2Bfechadas%2Ben%2Bel%2B7350%2Ba.%2BC.%2C%2BSanta%2BCruz%2C%2BArgentina..jpg

Totally agree about El Castillo cave and in general all the paleolithic caves of Northern Spain and I think its a great shame that people overwhelmingly head to the French cave art sites or the replica of Altamira (I understand why the original paintings can’t be visited for conservation reasons , but personally a replica could never instill the same sense of wonder in me as the original paintings).

I have visited a few over the years , but I still feel like there are so many more to explore and I guess that applies to Spain in general , there is always more to explore , always something left to see. Its a country that to me embodies that line from the Kipling poem :

A question , which other paleolithic cave arts in Spain have you visited ? which ones do you reccomend ? and why ?

Do expected favorite caves count? I am going to Slovenia in about a month and am going to two AMAZING caves while I’m there!

This massive beauty, known as the “underground Grand Canyon”: https://www.atlasobscura.com/places/skocjan-caves 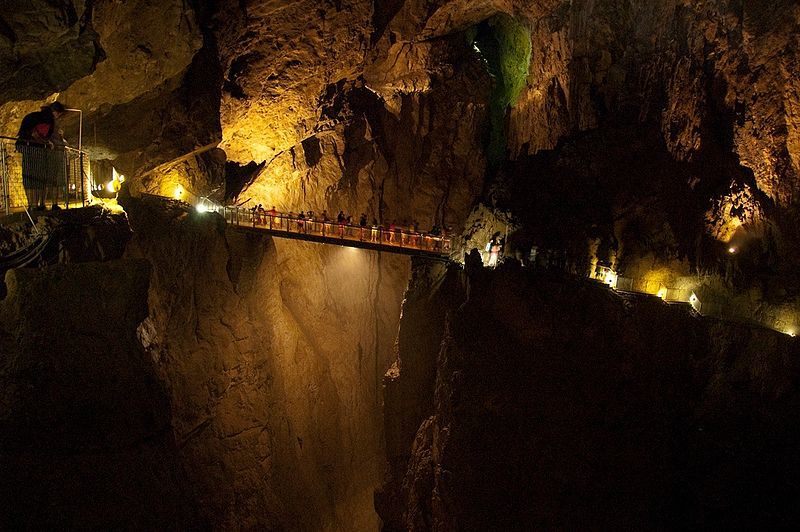 And this one, which has a tiny train you can ride through the caves that’s been running since 1872!! https://www.atlasobscura.com/places/postojna-caves 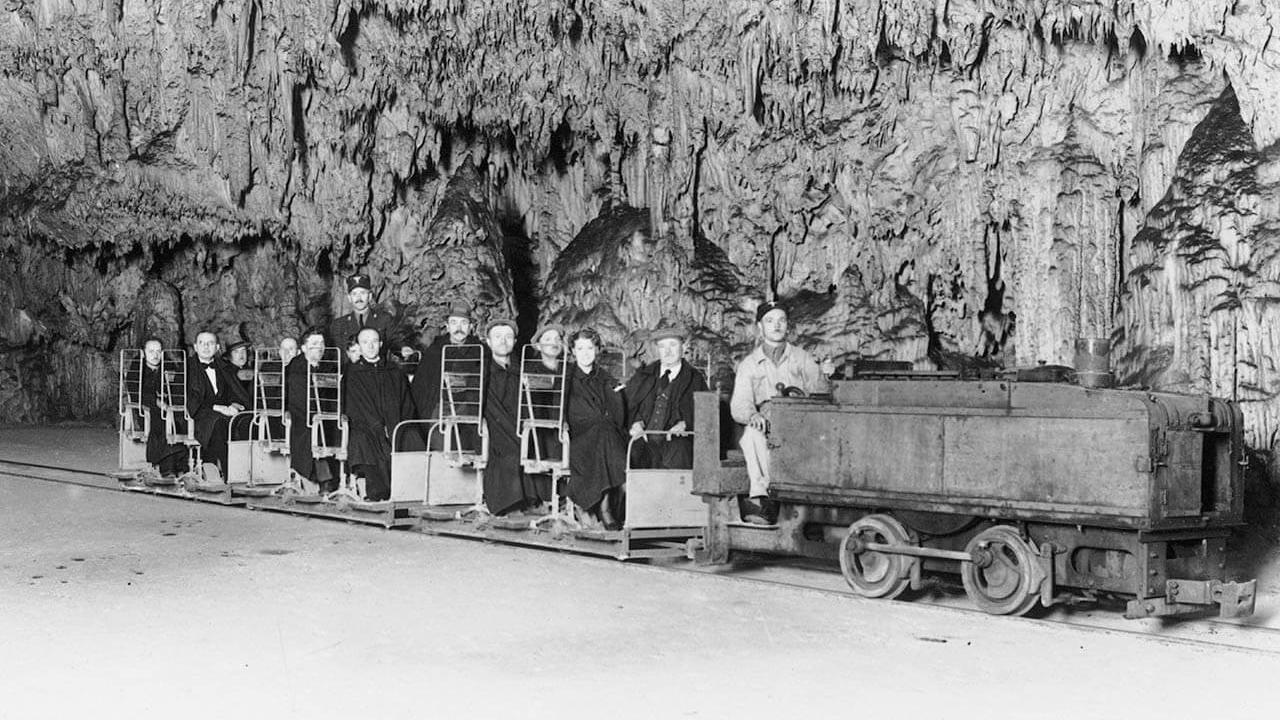 Oh my god … it’s incredible ! My first thought was of the dwarf mines in the Lord of the Rings… No orcs or Smaug there hopefully but I bet there are some Olms swimming around in the dark

Yes!! There are supposed to be olms in both caves! I hope I get to see one

I would love to see one in the wild , in its element , I have only ever seen a preserved specimen at the Natural history Museum in London.

Its almost impossible to have the opportunity to see one in the wild and plus I dont think I would be comfortable diving in those caves. I know there is a place in Slovenia where they are kept in captivity and on display to visitors but I cant remember its name unfortunately…

Got it ! , check this out Abi , here is where you will definitely see some 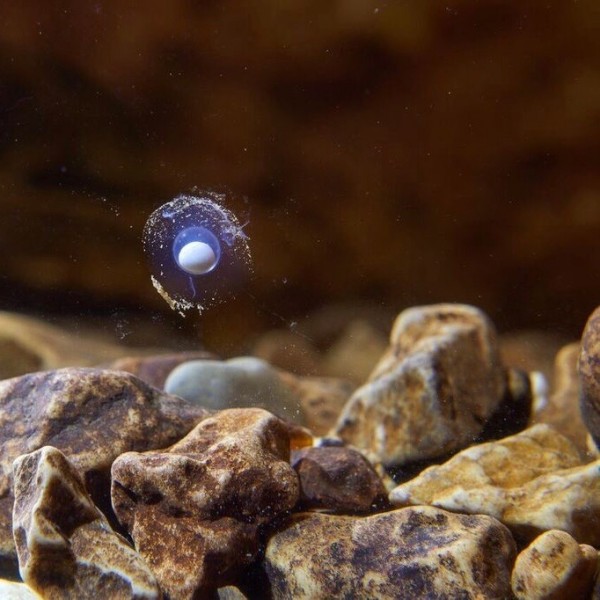 Slovenian folklore speaks of baby dragons flushed from parents’ subterranean lairs. Today, we know these rare creatures as the olm, and one of them has laid eggs.

I did some exploring around my neighborhood this summer and came across this one just under the highway on the bank of the Ohio river (Ben Avon pa.) this year. 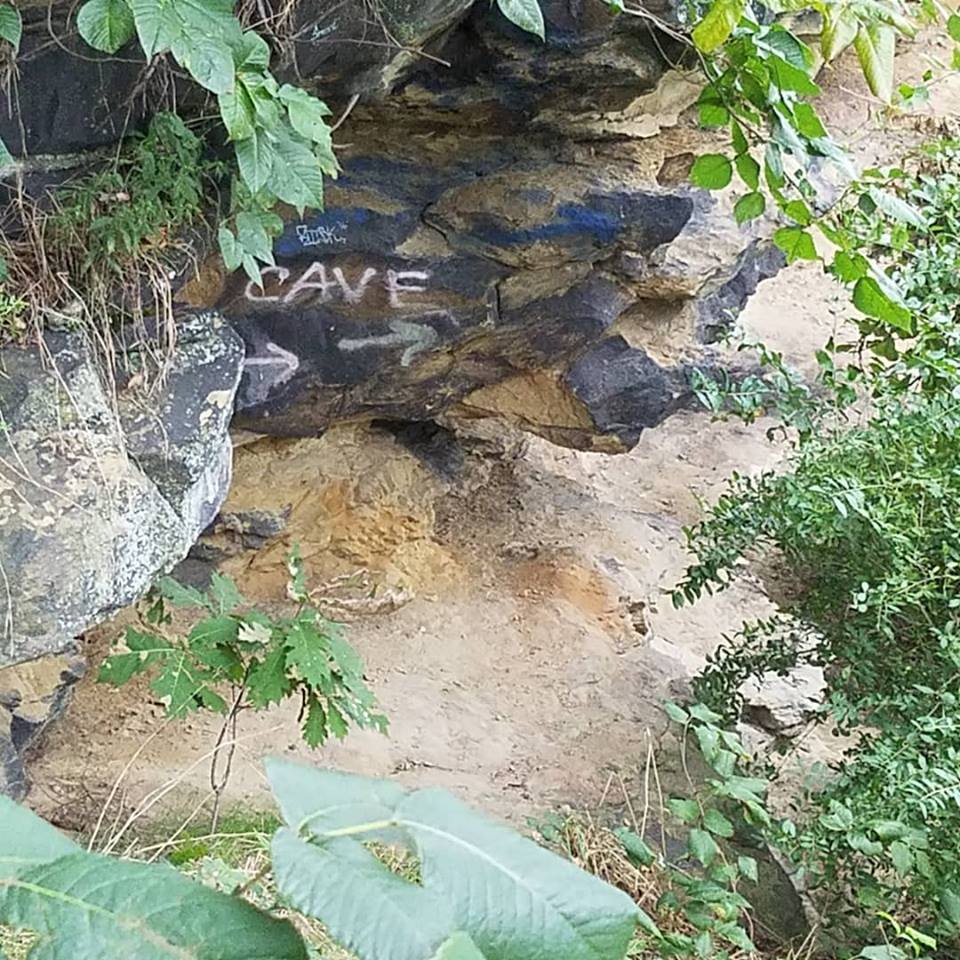 Looks legit. I didn’t go exploring yet. I’m going to wait until I have a friend there to dial 9-1 and be ready on the next one.

I did some neat exploring that day.

Yes, that’s where I’m going! I’ll have to check out the tank!

, it would be so awesome if you get some pictures of the Olms and share them here

I love places like that , little hidden places awaiting discovery !

I would say Cueva Ventana, but imo it lost its charm and the price of admission is not worth the hassle. Plus, you can’t get close to the window (the main feature) anymore for safety measures. In case anyone’s interested: 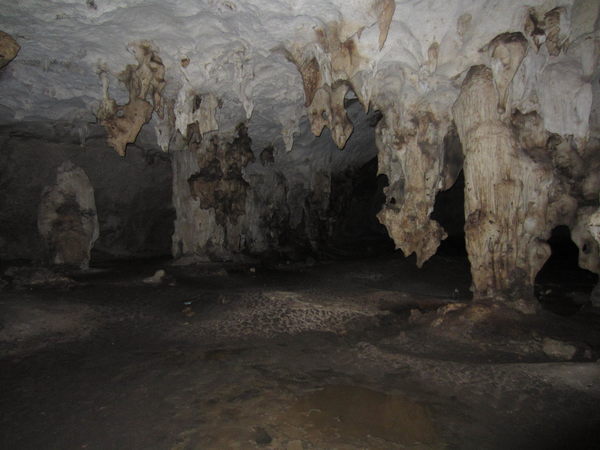 I have visited another caves (Drac in Mallorca, Benidoleig, Nerja…) but only this one about paleolithic art. I totally agree with you regarding to visit the original cave but people use to go to Altamira replica: the “neocueva” . When I went to Cantabria, my first target was to visit El Castillo. I´d like to visit Maltravieso to my next visit to Cáceres. ‘Nature’(science journal )situated here the most ancient painting made by human beings and these humans probably were neanderthal men. The bad news is that Maltravieso is closed to tourists. I will content myself visiting a little museum there.

Hey Guys,
I have visited Morocco in 2017. And I also visited “Friouato Cave” are located about 30 km south of the city of Taza, Morocco. The farthest explored known point is about 272 meters, but its real limits are still mysterious. There are also signs of an underground river that is believed to flow near the Grottes of Chiker. Wanna feel what’s like to be inside a mountain at 272m underground? Friouato Cave is the place to explore. It’s a unique adventure that made me feel like Lara Croft for about +3 hours. There are some more Caves located in Morocco are Kef Toghobeit Cave and Caves of Hercules.
I recommend you visited these caves Also, its too mysterious Cave in my Morocco Tourism. 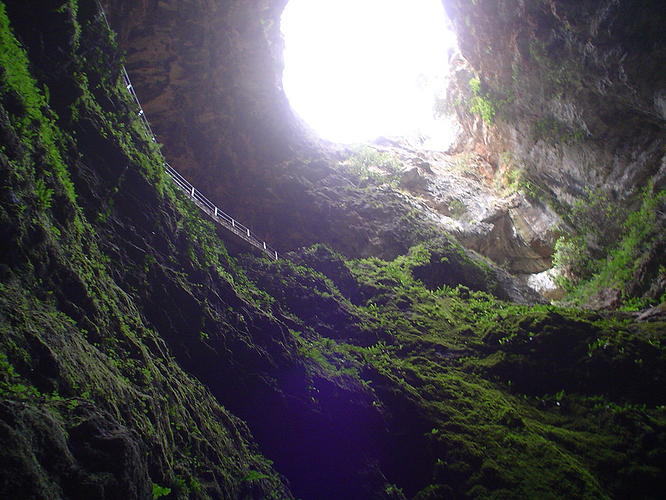 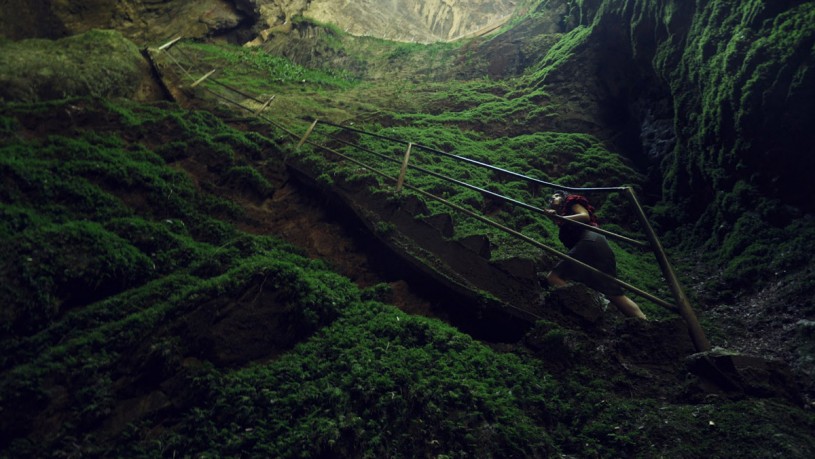 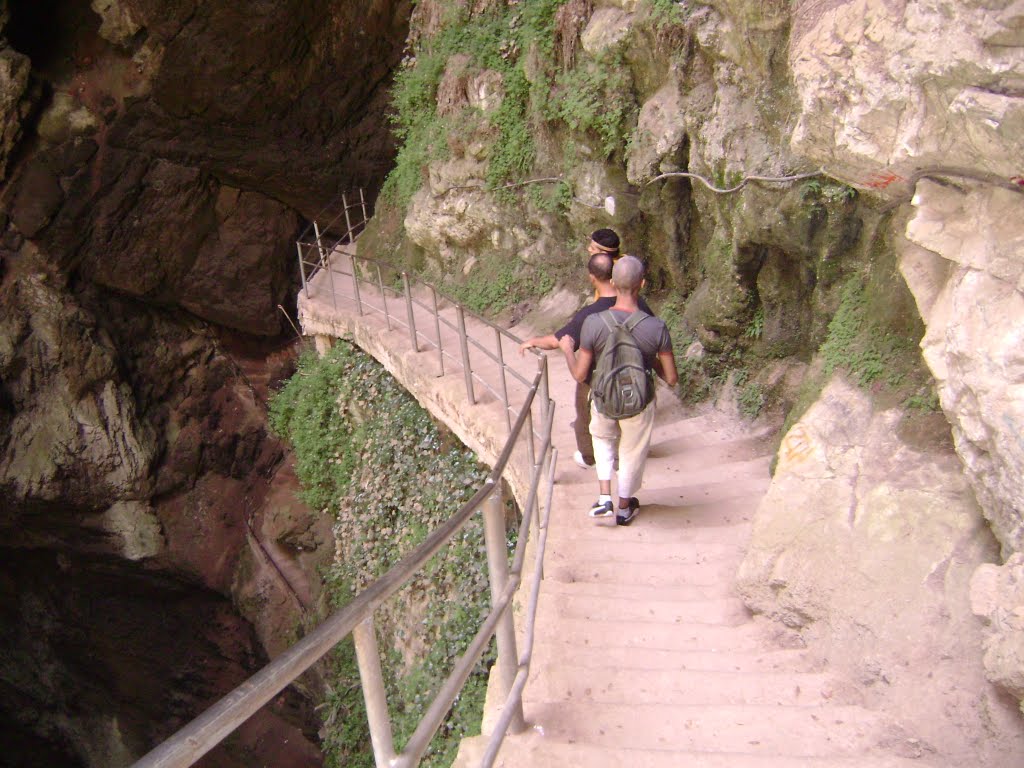 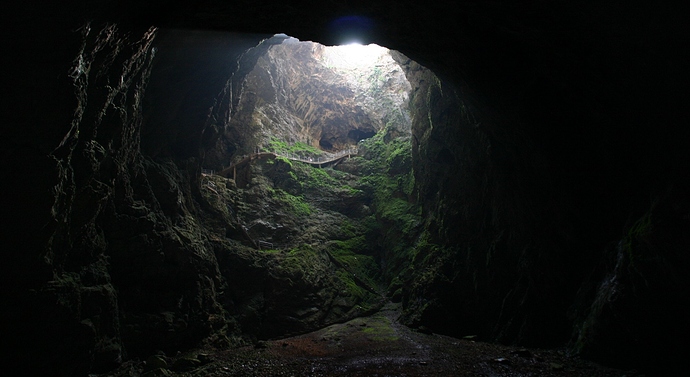 Absolutely beautiful cave pictures ggramsmith! It looks like an amazing place to explore

Did you see any cave boas in there by any chance ?

I haven’t seen any if my four visits.

These pictures are incredible!