Welcome to the Atlas Obscura Community discussion of Yakamein. Ask questions or share tips, experiences, pictures, or general comments with the community. For the story behind this food, check out the Atlas Obscura entry: 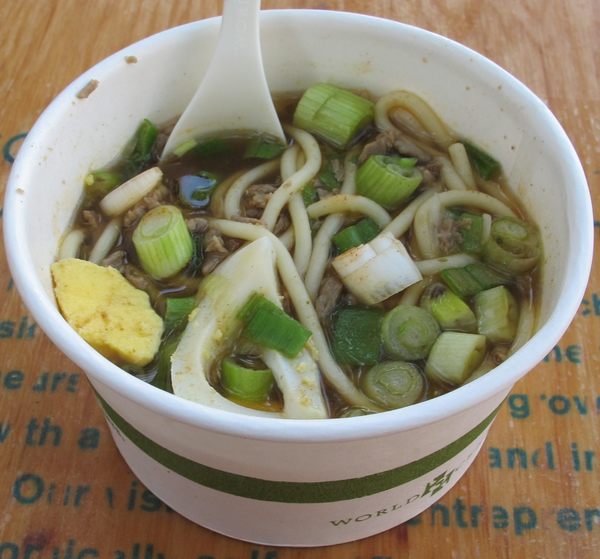 In the mid-1990s I was an RN on the night shift at University Hospital (“Little Charity”) in New Orleans. Every few months one of our nursing assistants would announce that she would be making “yaka-meat” the next night. She’d do it all in the staff microwave. It was tangy and spicy and so good. If it was a busy night, you might not get your bowl until after the shift was over, but just knowing it was waiting (and the wonderful aroma) was sustaining.

China Orchid on Carrollton Avenue also had a delicious version (“yat-ka-mein” on their menu). I don’t live in NO anymore so I’m not sure if it’s still there, but you can certainly find versions all over the city.

Ms. Linda definitely makes the most consistent and consistently good yakamein in New Orleans. But one of the amazing things about it is that whereever you get it, it will taste entirely different. It doesn’t seem to be a food that has been “standardized” as of yet. There’s no defining yakamein. It’s also relatively rare, in a city filled with so much food, but yakamein not being one that tourists, who support the economy, are usually going to seek out.

Still, it’s delicious, savory, and satisfying. I used to get it from the corner store near me when I was too lazy too cook, or nursing a cold or hangover. In New Orleans, some of the best food can be found at corner stores, especially for the price. And yakamein is one of those foods. The gas stations in Louisiana have better fried chicken than the most posh, bougey, Southern food-appropriating restaurants in the country. But unlike fried chicken, you aren’t going to find yakamein outside of New Orleans.

This is also true in Virginia you can find really good chicken at a gas station.

This comes up every so often, but YAKAMEIN is a New Orleans corrupted term for an old Chinese standard. I grew up eating Cantonese YAT KA MEIN in Chicago Asian restaurants. It’s a low cost filling soup, made with flat noodles, celery, carrots, onions, mushroons, tender morsels of pork and/or chicken, cooked in a rich soup stock. Many Chinese restaurants still feature it on their menu. MEIN is the Chinese word for noodle, as Warmein, Chowmein, Lomein, etc. New Orleans loves low cost filling foods & YAKAMEIN became a staple for locals & workingmen who were hungry after a night of drinking or night shift labor. There was at least one Chinese restaurant, on Decatur St, in the French Quarter which stayed open all night until early morning hours. I remember many customers coming in after a night on the town & ordering YAT KA MEIN to sober up before going home. YAKAMEIN is simply this dish in NOLA dialect. It was easy to make & spread to local food stands & neighborhood outlets which served food to go. The recipes were adjusted with local ingredients by Creoles & Yats to suit neighborhood tastes. It was an easy dish to eat out of a styrofoam cup, which is how I observed it in the Crescent City. In my old Chicago experiences in Chinatown & neighborhood Asian take out restaurants, it was served in a bowl, if eating in, or cardboard container to take home.